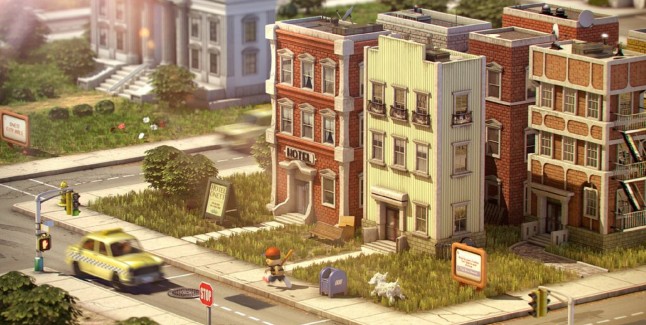 EarthBound 3 for NX? Mother 4 for Wii U or 3DS? No. Not anytime soon & probably never, says Itoi, the creator of the EarthBound/Mother saga. A series that Nintendo & RPG fans cherish like a golden relic straight from Heaven. Sadly. Itoi himself doesn’t seem too thrilled at the prospect of making a new one, and denies that Mother 4 is in the works. Collective sighs & uncontrollable weeping & gnashing of teeth ensues.

Just to refresh your memory, here’s the awesome Wii U Virtual Console trailer for EarthBound.

For those not in the know, the “EarthBound” series goes by “Mother” in Japan.

“I’d love to run a marathon while holding my breath… But as with MOTHER 4, that’s just not feasible. People in America are always saying that ‘4 is on its way to being made,’ but that’s simply a rumor. *laughs* I can’t even imagine how difficult it would be now.” – EarthBound Creator Shigesato Itoi

“Mother I” (also known as “EarthBound Zero”) finally got an official release for Wii U Virtual Console on June 4th, 2015 under the title “EarthBound Beginnings“.

Thus, “Mother II”, known in America & the Western world as “EarthBound”, was originally released for SNES in 1995 & hit Wii U Virtual Console on July 18th, 2013 after a looooong 18 years!

Therefore, EarthBound’s sequel (known as “Mother 3” in Japan. Or “EarthBound 2”, if you will) still languishes in the Land of the Rising Sun, as Nintendo has not given it an official release (fan-translations online exist to play Mother 3 via emulator in English though).

So that brings us to what would be the sequels.

According to THE MAN himself…

Here is what he thinks about making an EarthBound 3/Mother 4.

“I’d love to run a marathon while holding my breath, but as with MOTHER 4, that’s just not feasible. People in America are always saying that ‘4 is on its way to being made,’ but that’s simply a rumor. *laughs* I can’t even imagine how difficult it would be now. Of course, only showing the very fringe elements and giving the impression that it was being worked on was something I did thoroughly with MOTHER 2 (EarthBound) and Mother 3.”
– EarthBound creator Shigesato Itoi.

Check out this trailer for EarthBound Beginnings, available on the Wii U Virtual Console.

Speaking to Japanese videogame magazine “Game Watch” (translation via Tuxedo Unmasked), he also said the following in addition to the above, when asked what makes EarthBound so popular & endearing.

“It’s the connection with modern day life and modern day places, I suppose. When you’re suddenly told ‘It’s dinner time!’ right in the middle of playing ‘Dragon Quest,’ you’re taken out of the setting. But it’s different with MOTHER. I think it’s good that it’s tied to modern day life.” 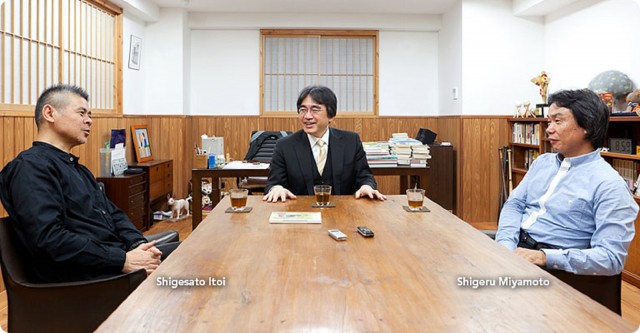 Such a sad photo in the wake of Iwata’s passing. Three legends.

I hope Nintendo gets its act together. And makes the game even if Itoi has to only serve as some kind of adviser.

The EarthBound franchise is too valuable to gamers, and to Nintendo, to just let it languish the way they have.

Nintendo NEEDS to give us Mother 3!

And then create “EarthBound Trilogy Remastered” that includes polygonal 3D remakes of the entire series (like you see in the Wii U EarthBound trailer above & the awesome fanart at top) – all three of them – and release it on BOTH Wii U & 3DS, as well as Nintendo NX (Nintendo’s upcoming new system & sequel to the Wii U).

Do this in a Collector’s Edition-style boxset where you spare NO EXPENSE in giving us fans a whole host of goodies. Such as including all the game’s soundtrack on vinyl records along with a new fan-made remix!

Mother 4/EarthBound 3 is such a no-brainer.

I hope Nintendo has it in them to truly start giving fans what they so desire. It would print-money… And even if it didn’t, it needs to be done FOR THE FANS.

Then they can get to working on Fire Emblem Anthology, with translations of all the Japanese Fire Emblem games that never came to the West… But I digress. *grumble grumble*

Here’s the EarthBound 3/Mother 4 image gallery.
Click on any of these image thumbnails to see the full-size photos: 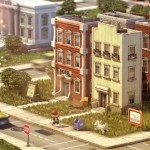 We can all dream… *sigh* 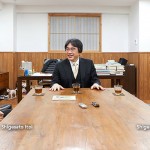 Such a sad photo in the wake of Iwata’s passing. Three legends.


Do you think Nintendo should make an EarthBound 3/Mother 4?!