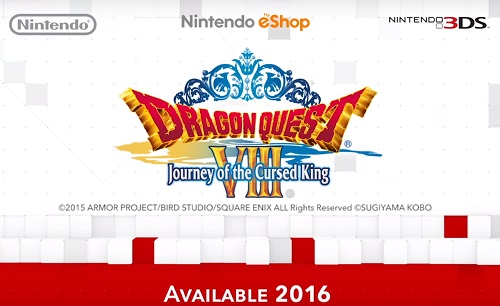 Dragon Quest VIII: Journey of the Cursed King will be released in 2016 exclusively for 3DS, announced Nintendo & Square Enix. The game is a remake of the 2006 PS2 title, which marked the first fully 3D polygonal-based game in the series where the graphics looked like that of a modern game, and not that of a retro title.

Check out this announcement video for Dragon Quest VIII 3DS at 39:10 minutes.

However, since this is a more modern game in the series, it may or may not include an updated translation. Especially considering that the original PS2 version was praised for it’s outstanding translation, script & dialog. It’s also worth noting that Dragon Quest VIII was the first title in the Dragon Quest series to be released in PAL territories, when Dragon Quest VIII for PS2 was released in Europe & Australia in 2006, a year after the American launch.

It’s not known whether the 3DS version of Dragon Quest VIII will be based on the PS2 version or the iOS/Android version, which was released worldwide in 2014. Given that the 3DS is a big market full of diehard RPG fans who have been waiting to see the game on 3DS, I’d imagine that it will be a version more tuned for 3DS with possible new features over the iOS/Android release; a version which cut out the voice acting. 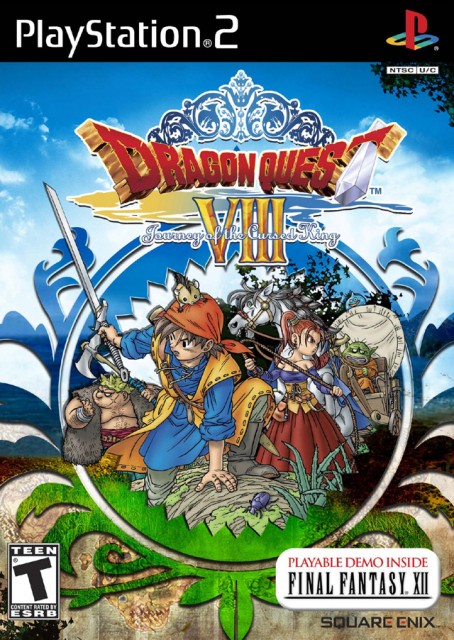 For King And Country!
A vast and vibrant world is your’s to explore in the latest installment of this legendary role-playing series. A mysterious jester. A forbidden scepter. A fiendish curse. A once idyllic kingdom lies entangled in a web of vines, it’s king and princes hideously transformed, its castle and subjects frozen in time. Only one person has survived this horror uscathed: YOU!

Only you can save your king and country by lifting the shadow of the evil jester’s curse… But it won’t be easy. An epic tale of friendship, bravery and adventure awaits you on the grassy fields, snow-capped mountains, and restless seas of Dragon Quest VIII!

Check out this Let’s Play of Dragon Quest VIII for PS2.

* Marvel as the distinctive character designs of Akira Toriyama (creater of Dragon Ball Z) are brought to life by an amazing cel-shading graphics engine!

* Immerse yourself in a compelling storyline with rewarding side-quests and a wealth of customization options.

A BRIEF HISTORY OF DRAGON QUEST

Dragon Quest VIII: Journey of the Cursed King is the 8th-entry in Enix’s long-running JRPG series.

Dragon Quest I&II were also remade in a two-game compilation for Game Boy Color in 2000 called “Dragon Warrior I&II” that was released in North America.

Dragon Quest III was also released on Game Boy Color in the US in 2001. The Game Boy Color remakes featured new translations, a Quick Save, and are truer to the original games than the NES American versions, and thus Dragon Warrior III for GBC was the first GBC RPG to get a T for Teen rating.

Dragon Quest IV: Chapters of the Chosen meanwhile, was released for DS in 2008 and was a remake of the NES game. This version hit iOS/Android in 2014.

Dragon Quest V: Hand of the Heavenly Bride was released for DS in 2008, and was also a remake of the 1992 SNES original. This game was never released in it’s original form outside of Japan (and the same holds true for DQIV & DQVI). The DS remake hit iOS/Android in January of 2015.

Dragon Quest VI: Realms of Revelation was relesed for DS in 2011 and was a remake of the original Japanese-exclusive 1995 SNES game. The DS remake hit iOS/Android in June of 2015…

Thus marking the entire retro history of the Dragon Quest franchise playable via Smartphones & Tablet platforms, as well as the entire series remakes playable on the Game Boy Color/DS platforms! 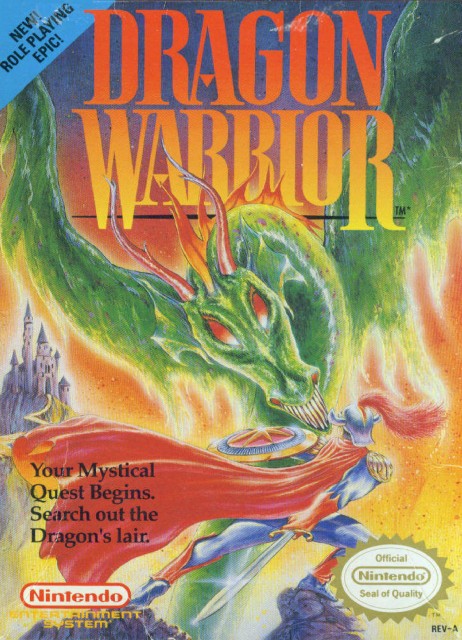 The box art for the first NES Dragon Quest game.

Dragon Quest VII was then released on PS1 in 2001 (US), then on 3DS next year in 2016. The game was also released on iOS/Android in Japan this year, so it may come out on those platforms in the West next year.

Dragon Quest VIII: Journey of the Cursed King meanwhile, was originally released on PS2 in 2005 (US) & contained a playable demo of Final Fantasy XII. It was also released for iOS/Android in 2014 in the West, and is also being remade for 3DS in 2016!

Dragon Quest IX: Sentinels of the Starry Skies is the first game exclusive to the DS, and it was released in 2010.
Dragon Quest X was the first Wii-exclusive game. An MMO, it later came to Wii U, PC, Android & 3DS in Japan… And is scheduled for Nintendo’s NX in 2016, where hopefully it will finally come to the West.

Dragon Quest XI meanwhile returns the series to it’s offline core, and is in development for PlayStation 4, 3DS and Nintendo NX. It will be released in Japan in 2016. 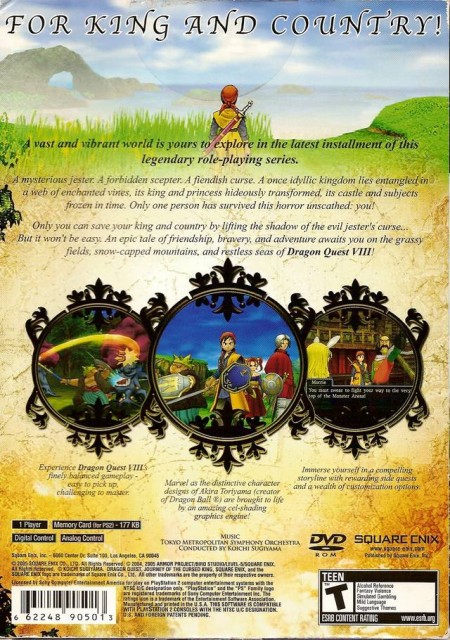 Back of the PS2 box for DQVIII (USA)

Fans should be even more overjoyed at this news, not only for the fact that they are getting two of the best games in the Dragon Quest series for portable on-the-go play, but also because this bodes extremely well for the future installments of the franchise that have yet to be released in English.

While it is highly doubtful that Dragon Quest X will still be released on the Wii U at this point, it is VERY LIKELY that the upcoming Nintendo NX version of the game (Nintendo’s follow-up to the Wii U system, which will be officially announced in 2016) will indeed hit Western shores. And it just might be published by Nintendo!

That’s a good thing, because Dragon Quest XI is already announced for PS4 (as well as 3DS & NX), so it is possible we might even see that game for PlayStation 4 before we see it on 3DS & NX… But hopefully it will come to the West on all three platforms.

Here’s the Dragon Quest VIII 3DS image gallery.
Click on any of these image thumbnails to see the full-size photos: 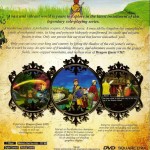 Back of the PS2 box for DQVIII (USA) 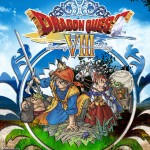 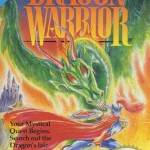 The box art for the first NES Dragon Quest game. 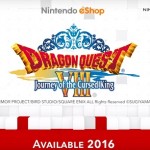 
Are you happy to see Dragon Quest VIII: Journey of the Cursed King, finally hit the 3DS?