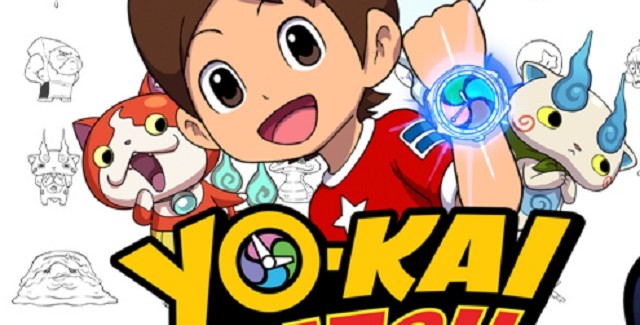 Yo-Kai Watch has a release date of December 5, 2015 in Australia & Early 2016 in Europe. It’s out now in America. Yo-Kai Watch is the latest powerhouse JRPG by storied developer “Level-5” exclusively for 3DS. Level-5 is the creator of hit RPGs like Sony’s Dark Cloud, White Knight Chronicles & Ni no Kuni: Wrath of the White Witch titles, as well as the hit DS/3DS Professor Layton franchise. So you know the pedigree is there for their latest title. Personally, I prefer to write Yokai Watch without the dash… 😉 YOKAI IS WHY!

Check out this trailer for Yo-Kai Watch exclusively for 3DS.

Yokai Watch is the latest videogame/anime Japanese sensation, a title that started out as a 3DS game, but has spread to other media including an anime that is currently airing on DisneyXD in the United States (new episodes hit the official Yokai Watch youtube every Thursday), anime films, toys & manga.

Thus you could make parallels between Yokai Watch and passed sensations like Pokemon, Digimon or Yu-Gi-Oh.

In this game a young boy has a magical watch used to catch creatures called “Yo-Kai”, ghost-like creatures hidden in the game’s environments that must be found & befriended. Doing so allows you to then summon the creatures to aid you in battle!

Find, Befriend and Battle Hundreds of Yo-kai
After selling millions and being a cultural phenomenon in Japan, Yo-kai Watch is coming to the United States & the West for the Nintendo 3DS family of systems. The Yo-kai Watch game is about hundreds of sometimes cute, sometimes spooky, and usually mischievous Yo-kai that inhabit our world. Yo-kai are not ghosts, monsters or creatures. Yo-kai are, quite simply, Yo-kai. They cannot be seen by the human eye, but they are everywhere. Whether born from the soul of a deceased human, or an everyday object discovering its higher purpose, their personalities are distinctly humanlike.

As you explore the world, use your Yo-kai Watch to find them, befriend them, and turn them into a team to battle other Yo-kai.

Befriending new Yo-kai may not be so easy, though – in many cases, you will need to battle with them and impress them during your battle. Each Yo-kai has its own unique skills and strengths and you’ll use them to challenge the evil Yo-kai and help people in need of solving daily problems – like an argument with a friend or forgetting something important – which may be caused by mischievous Yo-kai hidden everywhere.

Check out this video where Nintendo execs Bill Trinen & Reggie have some fun with Yokai! It’s called “The Very Important Meeting Part 1”

UNLEASH THE POWER OF YOUR YO-KAI WATCH!
Your Yo-kai Watch will let you see and battle Yo-kai causing mayhem around town. Make friends with Yo-kai, then assemble a team to help your friends and neighbors in the town of Springdale.

I SPY YO-KAI
There are over 200 types of Yo-kai lurking in the shadows around town. Do you have what it takes to find them all?

CHECK YOUR YO-KAI RADAR
Is the needle twitching on your Yo-kai Watch? That means a Yo-kai is near!

LOOK THROUGH YOUR LENS
If you find anything suspicious, press Y to use the Yo-kai Lens to take a closer look.

LOOK WHAT YOU FOUND!
It’s a Yo-kai! If you impress him in battle (or if you bribe him with the right treats) he might give you his Yo-kai Medal.

TEAM UP AND TAKE ‘EM ON
It takes more than just strong Yo-kai to win a battle. You also need a smart strategy!

TEAM CHEMISTRY
Yo-kai from the same tribe fight better together, but they must be next to each other to unleash their combined Unity power, so chose their place on your Yo-kai Watch carefully.

TAKING ON THE BIG BADDIES
You’ll need to use all of your strategizing skills against the super strong Yo-kai bosses. Often times, though, these seemingly unbeatable baddies will have a glaring weakness you can exploit.

A TOKEN OF FRIENDSHIP
When you become friends with a Yo-kai, they give you their Medal, which you can use to call on them for help. Yo-kai won’t give Medals to just anyone, of course. You’ve got to prove your worthiness, either by doing them a favor or impressing them in battle. Sometimes you can even earn their respect by giving them their favorite treats!

QUITE A COLLECTION
You can only hold 6 Medals in your Yo-kai Watch at a time. The rest are stored in your Medallium, a coin book that serves as a Yo-kai encyclopedia.

POWER-UP YOUR YO-KAI
There are several not-so-secret techniques to transform your Yo-kai into a more powerful persona.

FUSION
Mr. Zen, the monk in Shoten Temple, can fuse certain Yo-kai together to make a new, powerful combo. Combine Jibanyan and Roughraff to create the supercool bad kitty Baddinyan.

SYNTHESIS
Some Yo-kai can even be fused with everyday objects. Try different combos to unlock rare Yo-kai!Combine Chansin with the blade to unleash the legendary swordsman Yo-kai Sheen.

EVOLUTION
The more your Yo-kai battle, the more experience they gain. Once they reach a certain level, some Yo-kai will evolve into a new, improved version of themselves!

Will Yokai Watch become the next Pokemon-style sensation?

The Yo-Kai Watch anime is already airing on Disney XD and on youtube (with several anime movies already hitting Japanese theaters), the English manga will be available in America from “VIZ Media’s Perfect Square imprint”; and a series of toys and other related merchandise (many of which are already available) will crash onto our ocean shores like a tidal wave in January 2016… Just in time for all things Yo-Kai Watch to hit the shores of Europe.

What will be most fascinating to watch however, will be to see if Yokai Watch the 3DS game sells well enough to justify the release of its sequels and other games that have already hit Japan. That is: Yo-Kai Watch 2, the upcoming Yo-Kai Watch 3, and the spin-off game: Yo-Kai Watch Busters. 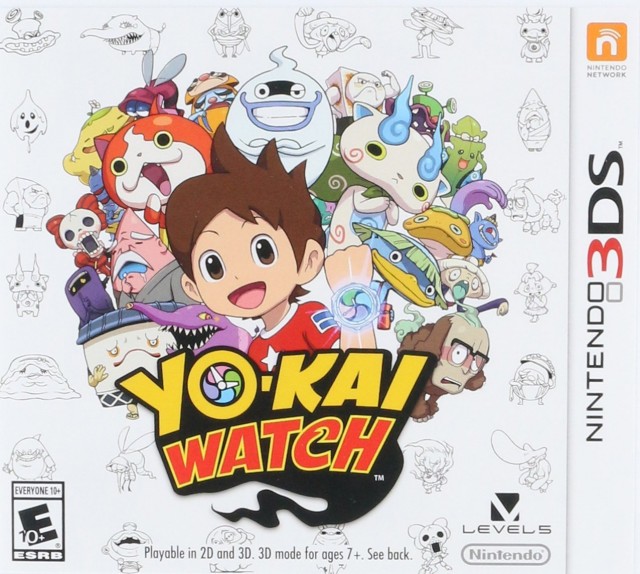 The USA Boxart for Yo-Kai Watch for 3DS.

Are you excited about the whole Yokai Watch universe? Have you or do you plan on buying the game?