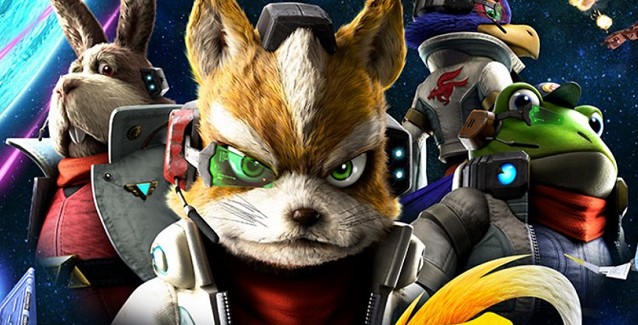 Star Fox Zero has a release date of April 22, 2016 exclusively for Wii U. Finally reviving the adventures of Fox, Falco, Slippy and Peppy Hare for the first time since Star Fox 64! Notwithstanding previous Star Fox games of course, like Star Fox Command (2006, DS), Star Fox Assault (GameCube, 2005) and Star Fox Adventures (2002, GameCube); While they were all good, they lacked the Miyamoto touch & Nintendo pedigree. So in effect, this is the first TRUE Star Fox we’ve seen in a long time. If you missed the 64 version, it was recently re-released as Star Fox 64 3D for 3DS in 2012.

Team Star Fox Arrives On Wii U For A New Adventure
An evil empire has risen and the Lylat system is in danger. As legendary space pilot Fox McCloud, blast through an onslaught of enemy forces to bring peace to the galaxy. In this white-knuckle space shooter, it’ll take more than luck to master the Arwing jet, the Gyrowing flight drone, and the Landmaster tank! You have what it takes. Now prove it.

General Pepper needs your help! Use your TV’s cinematic view to fly and identify targets and see through the eyes of Fox with the Wii U GamePad’s screen as you lock onto enemies and fire. You’ll also have to use advanced flight techniques like boosting and barrel rolls to survive the relentless assault.

With the help of the rest of Team Star Fox, tackle missions in the air and on the ground in a variety of planets teeming with enemies. Then engage vast armadas of powerful ships in outer space dogfights. Master your craft, defy the odds, and earn your face-to-face meeting with Andross. Only you can restore peace to the galaxy! 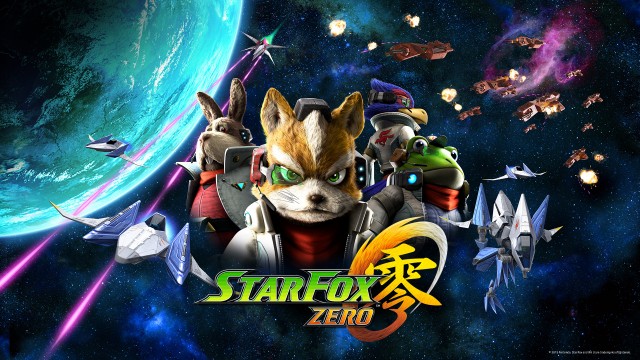 The cast of Star Fox Zero for Wii U.

* Take down an intergalactic onslaught of enemy forces.

* Pilot a variety of vehicles in the air and on the ground.

* Hone your skills as the legendary pilot, Fox McCloud.

* See your surroundings on your TV, and get a different view on the GamePad by tilting it to aim.

Check out this incredible CG trailer for Star Fox Zero!

Seeing Fox, Peppy, Slippy & Falco in action again, along with cool all-new characters like “Direct-i” (what a great name for the lil guy!), makes me giddy with excitement!

I remember when the first SNES Star Fox game and Star Fox 64 came out. They were spellbinding! The newer games have not been able to match the awe you got when you originally played a Star Fox game.

However, I believe this game will finally bring back that awe for the new generation who has never played a Star Fox game before!

Just seeing those new animations for Fox, Peppy, Falco & Slippy from inside their ships (during the CG intro in the above video); makes my heart aflutter!

Here’s the Star Fox Zero image gallery.
Click on any of these image thumbnails to see the full-size photos: 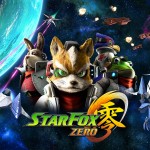 The cast of Star Fox Zero for Wii U. 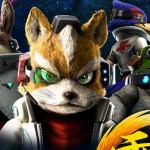 The cast we all know & love!


How excited are you about Star Fox Zero? Will you be picking it up on April 22nd next year?!