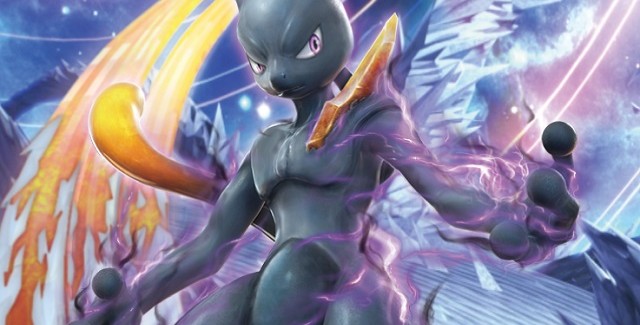 Pokken Tournament Collector’s Edition has been announced, exclusively for Wii U, to be released in Spring 2016. The first print-run will be a special edition version which includes a “Shadow Mewtwo Amiibo Card”. When scanned, the card will unlock Shadow Mewtwo from the outset. Normally, you must satisfy certain conditions to unlock him. This way, you can play as Shadow Mewtwo from the start, without having to go through the unlocking process.

Check out this all-new gameplay & CG trailer for Pokken Tournament.

While Nintendo has not announced a Pokken Tournament Collector’s Edition proper, the limited edition print-run version essentially makes it a CE. If a proper Collector’s or Special Edition gets announced, we’ll let you know the contents and price. 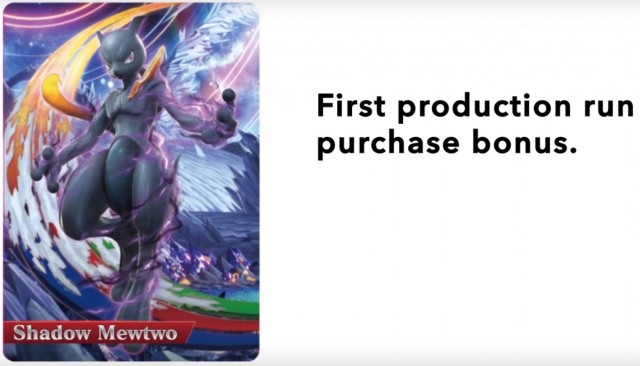 Only included in the first print runs of Pokken Tournament!

If you haven’t heard, Pokken Tournament is an all-new Pokemon Fighting Game, created by the same team at Bandai Namco behind the Tekken series. Although it is a Fighting Game, it’s also more of a brawler given that you can run around the arena, similar to Soul Calibur or, more aptly, Dragon Ball Z Budokai. 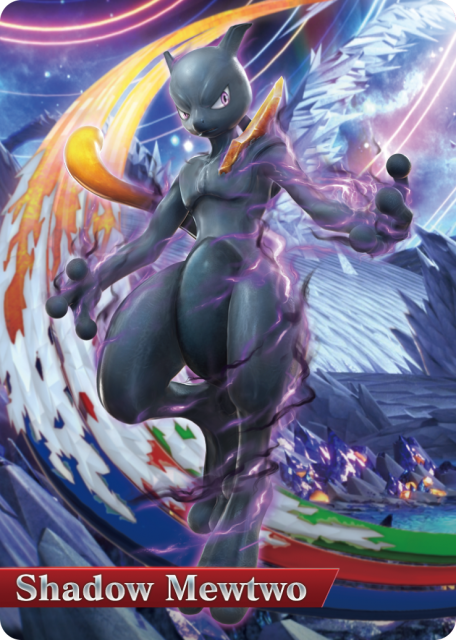 SYNOPSIS
Pokkén Tournament has been announced for the Wii U! Starting in spring, 2016, you can bring home the fun of the exciting Pokémon arcade fighting game. In Pokkén Tournament, Pokémon appear more lifelike than ever before, with amazing graphics and smooth, fluid movements. You will love seeing and battling with your favorite Pokémon.

Pokkén Tournament was developed with BANDAI NAMCO Entertainment, Inc., the producers of one of the top achievements in fighting games, the Tekken series. True to its legacy, this game brings tight gameplay and incredible control to never-before-seen battles between Pokémon. The gameplay is designed to be enjoyed by a wide range of people—even those who have never played a fighting game or an action game before can easily pick it up and play!

Here’s the Pokken Tournament image gallery.
Click on any of these image thumbnails to see the full-size photos: 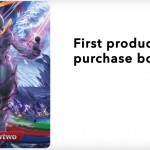 Only included in the first print runs of Pokken Tournament! 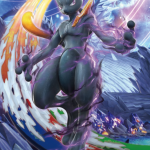 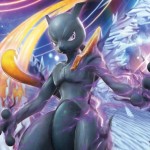 I wish, and I hope, that Nintendo & Namco will spruce up the visuals to a higher standard, but the core fighting game still looks like a heck of a lot of fun! In many ways, Pokken Tournament is the Pokemon game that everyone has been dreaming of seeing since the original Pokemon Stadium!

I was saddened to see that Pokken Tournament is an arena-style fighting game, thus making it feel in some ways more like a Brawler, instead of a pure side-scrolling fighter ala Mortal Kombat X or Street Fighter V…. Even so, the game still looks like it will maintain the fighting pedigree everyone was hoping for.

Nintendo has never had a Fighting Game proper in it’s stable; so it is GREAT to see that void finally filled with…. of all things, POKEMON!

How excited are you about Pokken Tournament, coming next year exclusively for Wii U!?