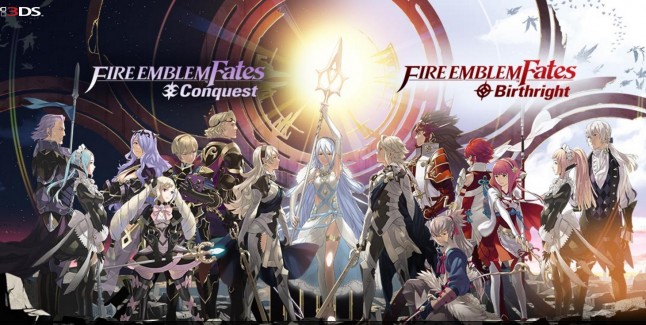 Check out the new details on Fire Emblem Fates from the November 2015 Nintendo Direct.

The two versions, Fire Emblem Fates: Birthright & Conquest, offer different-perspectives on the same storyline’s brutal conflict where you are forced to pick a certain side. However each version is a self-contained game featuring different characters, scenarios, events, situations, dialog, and main character.

Fire Emblem Fates: Revelation meanwhile, will feature a unique version of the game in which the main character doesn’t join either side; and thus it will reveal all-new details and – as the title says – “revelations”, regarding the game’s characters & storyline that aren’t revealed in the other two versions. It’s thus recommended that you play Revelations last, after playing Birthright and/or Conquest.

Last but not least, buy one copy of the game and you’ll be able to pick up the other digitally for a reduced price of $20 bucks. DLC-wise, a total of six maps will be released, the first being free. While each piece of DLC will be sold separately digitally, you can make things easier on yourself by buying “Fire Emblem Fates: Map Pack 1”, which contains all 6 maps at a reduced price. It will be sold in physical form (via a voucher, I assume) at special retailers. One would also assume that this “Season Pass”, can also be purchased digitally via the 3DS eShop at some point before the game hits shelves… 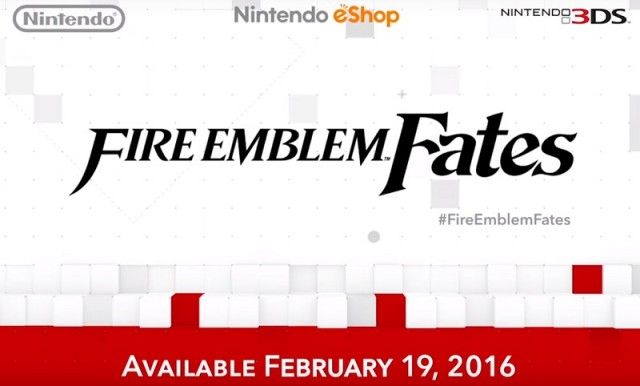 And now here we are already with the sequel! Fire Emblem: Fates has so much content to delve into, it’s making me shake with anxiety at the mere thought of it all! THREE GAMES… Are you kidding me?!

Nintendo is really stepping up it’s RPG game next year.

Not only are we getting Fire Emblem Fates, but also Xenoblade Chronicles X for Wii U (which is late this year actually) and Mario & Luigi: Paper Jam for DS, as well as the upcoming Shin Megami Tensei X Fire Emblem (Wii U) and Square Enix’s Bravely Second for 3DS (the sequel to “Bravely Default“). Then, of course, there’s The Legend of Zelda Wii U as well.

I wonder what else they have in store…

Since they gave us EarthBound Beginnings already for Wii U Virtual Console (the first-ever official release of Mother I aka EarthBound Zero), hopefully Mother 3 will be coming soon….

Now where is our Fire Emblem Chronology boxset that contains English versions of all the retro Fire Emblem games that we never got in the West?!

How excited are you for Fire Emblem Fates?!

Here’s the Fire Emblem: Fates image gallery.
Click on any of these image thumbnails to see the full-size photos: 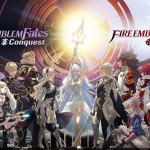 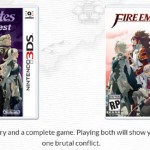 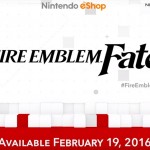