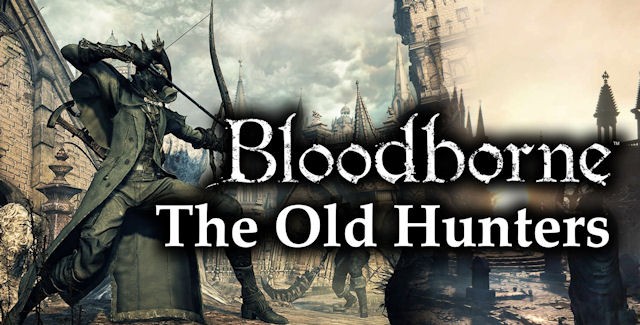 The Bloodborne: The Old Hunters trophies guide lists every trophy for this PS4 action-RPG game DLC and tells you how to get and unlock them.

In the Bloodborne: The Old Hunters trophy guide we’ll show there are 6 Trophies (5 Hidden Trophies) that can be earned in the PS4 title. Earn Bronze (4), Silver (1), Gold (1), and Platinum (0) Trophies to increase your Gamer Level.

The first boss in Bloodborne: The Old Hunters DLC is Ludwig, the Accured. It’s a 2 stage boss fight. He will change into Ludwig, The Holy Blade when his health a little below half. Before entering the boss fight area, pick up the 5 blood vials off the creature attached to the closed gate. When in the fight, lock on to Ludwig with R3. Dodge his melee attacks and keep hitting him. Watch out for his two special attacks. one of them is a ranged freeze attack and the other is a jump attack. Once his health is below 50% he will transform into Ludwig, the Holy Blade. During this phase try to stay behind him and dodge all sword attacks.

The Lady Maria of the Astral Clocktower boss fight is pretty straightforward. Maria hits for a ton and is very quick. Halfway through the fight she will start unleashing an AOE attack.

During this boss battle you fight a group of Living Failures who all share the same health pool. About halfway through, they will stop fighting and send down meteors from the sky.

The second boss in Bloodborne: The Old Hunters DLC is Laurence, the First Vicar who has multiple stages. To start this boss fight, you’ll have to need to approach him with Laurence’s skull item, otherwise picking up the item he’s holding won’t do anything and he’ll keep sleeping.

Special thanks to FromSoftware, PS4trophies & Grizwords for the list, tips & guide videos.

Please comment if you have any Bloodborne: The Old Hunters trophy unlock tips of your own. Kudos will be given. – Thanks for visiting!