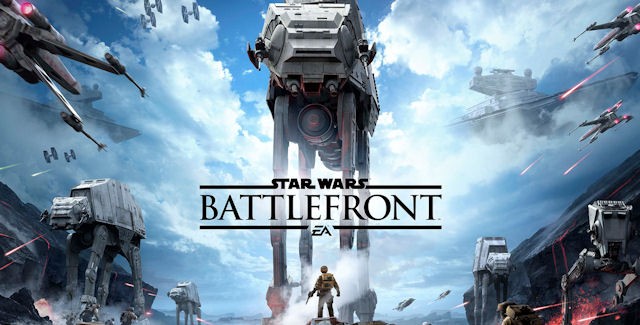 This Star Wars Battlefront 2015 walkthrough will guide you through the beginning to ending moments of gameplay with strategy tips for this action-shooter game on the PS4, Xbox One & PC.

Prepare to be transported to a galaxy far, far away and fight in epic multiplayer battles and intense Missions on Hoth, Endor, Tatooine and the previously unexplored planet, Sullust. Let’s play Star Wars.

Please note that viewers must be at least 13 & 16 to watch, in America & Europe respectively, so no harm comes to those with innocent eyes. This game includes Violence.

In 2004, the original Star Wars Battlefront came onto the scene and took gamers – and Star Wars fans – by surprise. It was an ambitious action shooter that gave players the opportunity to step into the shoes of their favorite Star Wars characters, pilot quintessential Star Wars vehicles, and relive classic Star Wars battles. Fast forward nearly 10 years and gamers still have many of those same Star Wars gaming fantasies – but now they wish to experience those larger-than-life battles in magnificent high definition, with all of the amazing special effects, vehicle physics and gameplay intensity that the next-generation has to offer. Star Wars Battlefront, developed by DICE on Frostbite 3, will surprise and delight fans yet again with a new experience inside this beloved universe made with our signature DICE craftsmanship and commitment to excellence. Key Features Unprecedented access to original Star Wars props and locations. Photorealistic visuals and authentic sound design from the talented team at DICE. Prepare to be transported to a galaxy far, far away.

Immerse yourself in your Star Wars battle fantasies.

Feeling the ominous thud of an AT-AT stomping down on the frozen tundra of Hoth. Rebel forces firing blasters as Imperial speeder bikes zip through the lush forests of Endor. Intense dogfights between squadrons of X-wings and TIE fighters filling the skies. Immerse yourself in the epic Star Wars battles you’ve always dreamed of and create new heroic moments of your own in Star Wars Battlefront.

Fight for the Rebellion or Empire in a wide variety of multiplayer matches for up to 40 players, or in exciting challenges inspired by the films available solo, split-screen or through online co-op. Star Wars Battlefront combines this epic action on a galactic scale with stunning visual recreations of some of the most iconic planets, weapons, characters, and vehicles in the Star Wars universe and the original sound effects from the films, to give Star Wars fans the ultimate, authentic and immersive interactive experience they’ve been looking for.

The Most Immersive and Photorealistic Interactive Entertainment Experience

• Visit classic planets from the original Star Wars trilogy, detailed with an unprecedented amount of realism and sense of authenticity that will transport you to a galaxy far, far away
• Experience amazing digital replicas of the original Star Wars movie models, brought to lifelike fidelity by DICE’s use of photogrammetry technology

Ground-based Combat on a Galactic Scale

Take to the Skies in Epic Star Wars Dog Fights

Made for Jedi and Padawans Alike

Fight in epic Star Wars battles on iconic planets and rise through the ranks playing as the heroic Rebellion or the evil galactic Empire.

GhostRobo will be your voice-over commentator showing you around the game’s map areas. This walkthrough will include all of the Missions, Modes, Heroes, Battles, Cutscenes, Multiplayer, and more.

Tip: Be mindful of overheating your blaster. While a perfectly timed cooling flush can save the day, a failure can put you in serious trouble. Overheating the blaster will prevent it from firing, although you can quickly get it back into action by triggering the cooling flush.

Tip: Keep your distance from the auto-turrets. It will take longer for them to acquire a lock if you’re far away.

Tip: When a Star Card is used, it will go into cooldown before you can use it again.

Tip: Hero powers work in concert with each other — experiment to find the best combinations.

Tip: Boba Fett’s jetpack is volatile, and susceptible to damage — enough damage and it could stop working.

Hint: When playing with a 2nd player, you can always start next to each other as an advantage. Be careful though, your partner might be surrounded, resulting in a quick and unfortunate death.