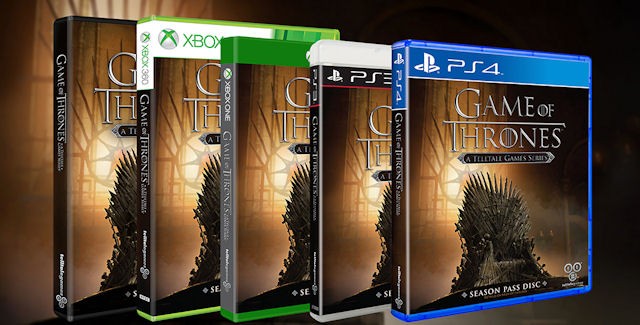 What is Telltale Game of Thrones Season 2 release date? Everyone’s asking that question, and the short answer is the 2019 season, because developer Telltale Games announced a multi-year deal was closed with the TV show’s producer HBO. Meaning Season 2 is in the planning stage right now. Sadly they confirmed Season 2 is on hold until they finish their other 2017-2018 games. – We’ll update this page with an exact launch date once it gets confirmed! – For now let’s go over the rumors for Season 2 after yet another cliffhanger that concluded Season 1’s ending! So please share your Season 2 ideas in the comments!

Take a look at how the Asher ending of the final episode of Season 1 has a Season 2 preview trailer at the end here:

Because Season 1 made its debut in December 2014 and it took a full three months before the next episode got released in March 2015 (opposed to the usual 4-6 weeks), since the studio is working on so many point-and-click adventure games at the same time (6 series at present). Overall, it took them a full year to finish the six-episode season. — As a result we expect the developers to take a little more time to work on the first few episodes of Season 2, so that they won’t have to rush them out the door, while still keeping up with the yearly TV show seasons; Then with more preparation having been done before the first episode debuts in 2017. This would mean Season 2 gets to keep the same bi-monthly schedule as the last half of Season 2, which is what most Telltale series seem to aim for. Delays notwithstanding.

The first official press release from season 1 indicates we can look forward to many seasons!

What are the hints for Season 2?

Throughout the first season you controlled five characters affiliated with House Forrester of Ironrath, a house of the wolfswood in the north of Westeros. Other locations in the game included The Wall and King’s Landing.

The second season will continue the story with the remaining Forresters, the untimely deaths in the family being filled up by newly discovered bastard children who were previously banished to the North Grove.

At the very end of Episode 6, we’re left with multiple open endings that the Season 2 preview trailer presents as clear “coming up later” scenarios normally reserved for the “on the next episode of Game of Thrones” segment. Further confirming continued plot-points for Season 2.

So don’t worry, the downloadable episodic game series will no doubt be back for more with Telltale’s Game of Thrones Episode 7 to 12!

Before Episode 6’s release on November 16th 2015, the stars of the critically-acclaimed HBO TV show explain why you should get on board! Here’s the interview with Emilia Clarke (Daenerys Targaryen), Natalie Dormer (Margaery Tyrell), and Iwan Rheon (Ramsay Snow) who all appear in-game as their characters from the TV series.

Updates: Future updates will be added in this section.

November 20th 2015 Update: Kevin Bruner has directly confirmed Season 2 and hints “the Forresters did have a very rough time in season one, but there is a larger story to be played out” since “the choices players make in season one set the stage for what’s to come” in “later episodes”.

Mr. Bruner is Telltale’s CEO and co-founder, who’s also executive producer on Telltale’s Game of Thrones episodic series was interviewed by HWR.com about Season 2 and had this to say.

Quote about Season 1’s cliffhanger leading into Season 2: “When we initially announced the series in 2013, we let everyone know this would be a multi-title, multiyear partnership with HBO. After this week’s finale, I’m pleased to officially confirm that there will be a second season of Telltale’s Game of Thrones series and that it’s currently in development.

The questions left on the table at the conclusion of season one — who survived and who didn’t — as well as all the other choices you made play a huge role in the second season. We’ve been planning the second season all along, but I really shouldn’t be revealing more than that.”

Quote about how far along Season 2 is: “While we cannot divulge any of the specific details, we can say that Telltale’s approach to game development is much more like television than most other game developers. Across all of our series — The Walking Dead, Minecraft: Story Mode and more — the development process at Telltale spends a significant amount of time upfront in the writer’s rooms not just with writers, but designers, directors and creative input from all across the studio. It’s not unusual for our games to exist longer on whiteboards and sticky notes and in scripts than they do in traditional game production. It’s incredibly similar to how TV often spends so much time in preproduction and planning before moving into actually shooting. It’s from then on that we take the live development aspect into play, observing the audience and their feedback as we adjust and build upon the experience along the way.

I’d say that’s been a defining approach here at Telltale over the last 10 years, as we’ve always envisioned our games as more in line with interactive drama and playable cinema than what most might traditionally think of as “games.” So while we cannot say exactly how far along season two is right now, we can say that there’s never a shortage of sticky notes on the walls around the studio.”

August 29th 2017 Update: Telltale’s Job Stauffer stated in an August 2017 interview with Eurogamer that Season 2 is on hold. To quote: “Right now that is on hold. We haven’t announced it, which does not mean it’s never coming but I think right now we’re anxious to get back into Wolf, Walking Dead and Batman and see where things go with the narrative of the [Game of Thrones] show before we really come back to the table with something we’re excited about.

Right now we’re back into being huge Game of Thrones fans. So for us to say what will be the best follow-up to that [the first season] and when that’s going to happen, is too soon to say. […] We want to know what happens next in the show before we talk about the hows and whens of our return to Westeros.”

Who do you want to see in Telltale Game of Thrones Season 2?