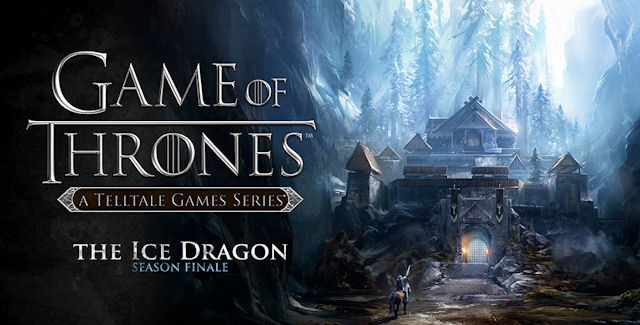 The Telltale Game of Thrones Episode 6 walkthrough for “Episode 6: The Ice Dragon” will guide you through the beginning to ending moments of gameplay with strategy tips for this graphic adventure game on the PC, Mac, PS3, PS4, Xbox 360, Xbox One & Mobile.

The full Game of Thrones Episode 6 walkthrough is livestreamed by Doug right now!

Welcome to the Telltale Game of Thrones Episode 6 walkthrough!

Synopsis: In this season finale, your story is about to come to an epic conclusion. With House Whitehill tightening its grip on Ironrath at the behest of Ramsay Bolton, the remaining Forresters must give their all to save the family, whether through diplomacy, subterfuge, or violent force. In the frozen wilds beyond The Wall, Gared learns the secrets of the mysterious North Grove, and Mira discovers that political games in a King’s Landing controlled by Cersei Lannister often involve the highest stakes of all.

What is the fate of House Forrester? When you play the Game of Thrones, you win or you die. Your choices, your story: you decide.

The Episode 6 chapter names are:

Timeline for all Alternative Choices in Game of Thrones – Episode 6 “The Ice Dragon”:

• Tell Margaery the truth about Sara and get dismissed (or not).
• Refuse (or accept) to marry Lord Morgryn.
• Butcher Cotter for the blood magic ritual (or not).
• Choose Gryff or Ludd.
• Ambush (or poison) Lord Whitehill.
• Stay to defend the North Grove (or not).

Next Episode: Please join our “Telltale Game of Thrones Season 2 Release Date” discussion about what will happen next.

Thanks to Telltale Games, Doug & AFGuides for the walkthrough videos.