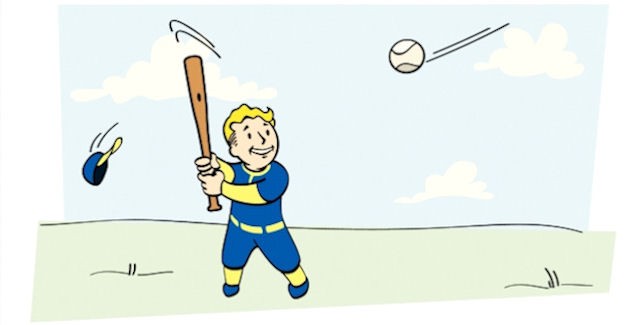 The Fallout 4 achievements guide lists every achievement for this Xbox One & PC action-RPG game and tells you how to get and unlock them.

In the Fallout 4 achievement guide we’ll show there are 50 Achievements (0 Secret Achievements) with a total of 1,000 Gamerscore points to earn in the Xbox One and PC versions.

Location: Can be done during the “Road to Freedom” Quest in Fallout 4. It is needed to find & join the Railroad Faction and also to progress in the main quest “The Molecular Level”. Joining the Railroad unlocks the Tradecraft achievement.

What makes this particular quest tricky is the lack of waypoints and map markers. The quest can be started in several ways: by overhearing people in Diamond City Market or by progressing in the “The Molecular Level” main quest. The first waypoint at Park Street Station will show up on your map.
Now normally the quest wants you to follow some lanterns and pick up password pieces along the way. But you can skip all that. Just head directly to Old North Church. Go to the basement and enter the password “Railroad” and you’re in. To actually join the Railroad you must complete the follow-up quest “Tradecraft” which then unlocks a achievement with the same name. The quest is given to you by Deacon after your first talk with the Railroad leader.

Tips: How to get 100 Happiness in a Fallout 4 Settlement? The maximum population is 10 + your charisma level (including bonus charisma gained by gear. You will need to have food, water and beds at or above the the current population total. Put 3-4 settlers on food and the rest on Tier 3 stores. Highest tiered stores will require Local Leader rank 2, cap collector and medic. Clinics are the best.

If you want charisma gear, look for glasses and TRILBY HAT. The best outfit is the Reginald’s suit (male) and Agatha’s Dress (female) for completing the Curtain Call side quest at Trinity Tower. This grants +3 Charisma, or +5 with the hat and glasses.

Tip: Find out how to get to the Maximum Relationship Level with 7 Companions using our “Fallout 4 Romance Guide“.

Location: Holotape games can be played at Recreation Terminals. There is one in the very beginning of the game when you enter Vault 111. It’s in the kitchen on the lower floor.

You can either pick it up when you first visit the vault, or return later at any time. As soon as you start the Holotape Game the achievement unlocks. You don’t have to beat the game.
Note: You can also pick up the holotape games from terminals to play them later in your pip boy.

Tips: There are way more than 5 Giant Creatures in Fallout 4. Be sure to come well equipped with Mini-Nuke & Rocket Launchers and wear Power Armor to fight these guys or else they will kill you!

Note that it’s best to go after them alone without a companion. If you go with a companion (s)he might kill it instead of you and it won’t count, since you need to get the last/kill-shot in, and these rare enemies don’t respawn.

39. Prankster’s Return (10G) — Placed A Grenade Or Mine While Pickpocketing

Requirements: Buy the Pickpocket Perk (Rank 2) in the Perception skill tree. Rank 2 of this perk lets you place a live grenade in someones inventory and increases the chance of success by 50%.
You can find or buy grenades. For example, several merchants in Diamond City Market sell fragmentation grenades. You will get to Diamond City in the first few hours of the game as part of a main quest.

Once you have the grenade and perk, enter sneaking mode and approach someone from behind, then select the mine from your weapons to place it on the other person. The mine will explode and the achievement unlocks. Make sure you create a manual save game before doing this. You can reload it to get your skill points back.

Location: This can be done in Diamond City Market. You get to this location automatically in the first few hours of the story.

There are 4 baseball markers on the ground. You need to walk over all of them in the correct order to unlock the achievement.

Location: For this you must get killed by a “Super Mutant Suicider”. They spawn in many parts of the Commonwealth.

Odds are you will this achievement without trying when you progress through the game. They are easy to spot because they have a red, blinking bomb with them. They come running towards you and blow themselves up. There’s one in a train wreck in the south of the map, between Somerville Place and Hyde Park.

Alternatively, you can get the achievement if you shoot a Fat Man with the Mini Nuke ammo at your feet.

Tip: To find all 20 Bobbleheads, check out our “Fallout 4 Bobbleheads Locations Guide“.

50. Prepared for the Future (50G) — Decide the Fate of the Commonwealth

Please comment if you have any Fallout 4 achievement unlock tips of your own. Kudos will be given. – Thanks for visiting!