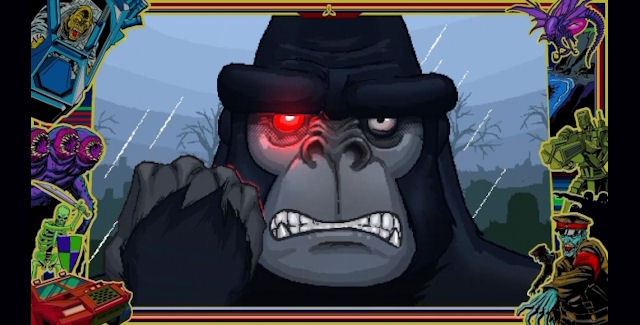 Here you can find out in Call of Duty: Black Ops 3 how to unlock Dead Ops Arcade 2! We’ll explain how to get the secret “Dead Ops Arcade 2: Cyber’s Avengening” arcade game sequel.

In order to unlock and enter the new mini-game inside Black Ops 3, you must follow the steps as outlined in the handy guide below…

How To Unlock The “Dead Ops Arcade 2: Cyber’s Avengening” Game: Like the original Black Ops had a hidden arcade game, Black Ops 3 has the sequel hidden in its menus. Here are the steps to take to unlock it.

• STEP #1: First you must complete “Mission 2: New World” in the story campaign.

• STEP #2: After that mission is completed, you’ll be able to visit the Safehouse where the game is at any time. Simply go back to the Main Menu and select the “Campaign” section again, but instead of selecting “Resume Story”, you choose to “Go To Safehouse”.

• STEP #3: Once inside the Safehouse you’ll find a data terminal (called the Data Vault) that shows up as an actual computer screen. Now you can access the data terminal with the Square button on PlayStation / X button on Xbox, and then move the on-screen selection to press the secret button that is visible in the top-left corner of your screen (select the octagon logo there).

Doing this will start up the Dead Ops Arcade 2 game from the mini-games folder. Oh yes! 😀
Try and survive for as long as possible against limitless waves of zombies.

Note: This only works on the PS4, Xbox One & PC versions of the game. It does NOT work on the PS3 & Xbox 360 versions, because those don’t come with the needed story campaign nor Safehouse.

This video guide shows all these steps to unlock and play Dead Ops Arcade 2:

I hope these tips helped you to quickly find the Hidden Dead Ops Arcade 2 game.

Please check out our other “How To” guides atop this page to enjoy Black Ops 3 more! 😀