How To Unlock All Need for Speed 2015 Cars 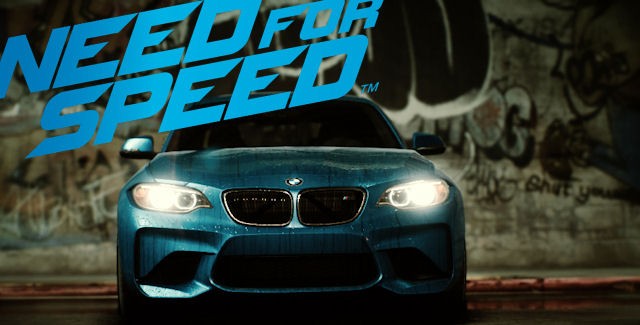 Publisher Electronic Arts & developer Ghost Games have revealed all 51 playable cars are available in Need for Speed 2015 at launch.

Tip: If you want to change your ride, drive back to your garage. – Note that when you select a spot to go to on the map, you can move the controller’s left stick either right or left to see options between adding a GPS “route” or “teleport” directly to where you want to go. Handy!

How To Unlock All Need for Speed 2015 Cars

Your garage is where the magic happens and it’s here you’ll make iconic cars your own with the most authentic customization in Need for Speed history. Take a car from stock to stock plus awesome in the blink of an eye.

Note: You can buy and sell cars as you progress through your career, although you can only own a maximum of five cars at once in your garage.

Visually customize your ride with the hottest after-market brands, including Rocket Bunny, Seibon Carbon and Rauh-Welt Begriff. Equip the world’s wildest parts to build your one of a kind masterpiece.

From side skirts to spoilers, fenders to wing mirrors, tires, rims and much more, almost every area of the car is available for you to craft.

Once you’re done with the parts, Need for Speed’s brand new Wrap Editor will give you everything you need to let your imagination run free. Start off by easily selecting from a range of options to create your perfect paint job, from changing the hue and saturation to getting that matte black finish you’ve always dreamed of.

The wrap editor also comes with a huge variety of decals, allowing you to select graphics from leading brands or choose from a range of patterns, shapes, flags and more.

Show off your creativity on each area of the car’s bodywork and windows; move, rotate and scale to turn simple shapes into a multi-layered masterpiece.

Built from the ground up, the Need for Speed Wrap Editor gives you the power to create a ride that expresses your personality.

Below we’ve listed the 51 cars in alphabetical order.

Take the following steps to unlock each one:

You simply need to earn money to buy & unlock each car in the game.

Money Method #1: Early on in the game you’ll be able to unlock a “Torque Of The Town (Hard)” Time Trial event — at Castle Hill — after getting a Skyline with 400 to 450 horsepower. This event is actually easy to do, wherein you must run the route as fast as you can, and finish within the target time to win (which is 2:30 minutes). Your reward for completing this event each time is $8,000 and 19,500 Rep! It’s right around the corner again after you complete it, so you can repeat it over and over.

Money Method #2: Need for Speed 2015 executive producer Marcus Nilsson explains the game features an automatic image sharing system that turns your snapshots into in-game currency! To quote: “We also have a new snapshot system as well. Which is taking pictures of a lot of different moments – [since the game is always-online they go] out to the Need for Speed network where people can ‘like’ them, and those likes are being pushed back into the game as currency. So you get progression from sharing your photos. The Xbox One [and PS4] has really good built-in systems to make videos and stream them, which we are also going to use.”

Here you can see where to buy cars in your garage & the video shows all cars available at launch:

All unlockable cars in Need for Speed 2015 in alphabetical order:

Protip: The fastest car in the game is the $192,200 Lamborghini Aventador LP 700-4! Especially after you buy & equip all the Performance Customization upgrades.

It’s all about finding a ride and taking it from stock, to stock plus awesome through some of the deepest customization in Need for Speed history. You will have a five car garage – if you fill all your spaces, you can chose to sell and purchase a new car, or continue to max out your current ride through the extensive performance upgrades available to you so you can take on anyone on the streets.

Performance upgrades let you max out the potential of your cars. Beef up your engine to increase your horsepower, acceleration and top speed. Switch out parts; from your cam shaft to your clutch, from your suspension to your ECU, from your nitrous to your turbo.

Personalized handling lets you find that perfect setup, allowing you to get your car handling exactly how you want it. Move the master slider between drift and grip, or fine tune individual settings.

Change tire pressures, downforce, brake bias and more. Want a drift focussed ride? No problem. More grip? You got it.

Play your own way, in your own one of a kind car and unleash your personality on Ventura Bay.

Five Ways to Play; Speed, Style, Build, Crew, and Outlaw. Combine all five to create that perfect Need for Speed moment; driving insanely fast, sliding through a corner in your customized ride alongside your friends, whilst being chased by the cops.

Up next is a Need for Speed 2015 Cars and Customization Guide:

In the Deluxe Edition the M3 E46 will be one of your starter cars, but you can unlock it (including the wraps) in the normal way through regular gameplay.

Choose between Standard and Deluxe Editions to lock down exclusive customization and performance items, and then hit the streets.

The paid cheat is back this year. The “Time Saver Pack” DLC is available for Xbox One, PS4 & PC at a price of $9.99, which you can buy from the main menu screen in-game. Here is what the pack unlocks:

Note: Once bought, your Time Saver pack should be automatically unlocked, without the need or any sort of console restart or other steps.

Between Christmas 2015 and into 2016 there are FREE DLC Packs rumored on the way with multiple cars in each pack. EA has promised they will not be charging for any future DLC Packs (nor will there be any microtransactions), because that’s what fans wanted.

To quote EA: “We plan to release a series of free content updates for Need for Speed. We currently have no plans for any paid DLC.”

What DLC Cars would you like to see in the future?

Please share car unlocking tips you’ve discovered in the comments section below, we’ll give you credit for it. – Thanks for visiting!