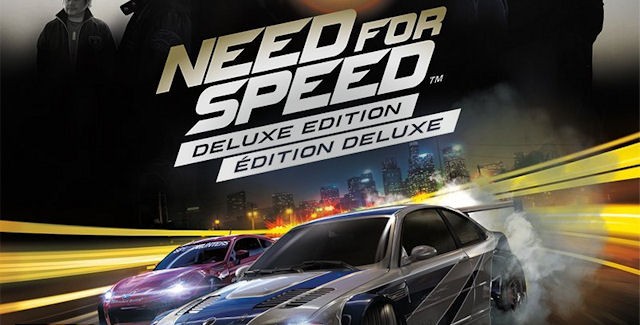 Here we will show you how to unlock all Need for Speed 2015 codes with a cheats list that’s valid for the PC, Xbox One & PS4 versions.

Money Cheat #1: Early on in the game you’ll be able to unlock a “Torque Of The Town (Hard)” Time Trial event — at Castle Hill — after reaching a skyline with 400 to 450 horsepower. This event is actually easy to do, wherein you must run the route as fast as you can, and finish within the target time to win (which is 2:30 minutes). Your reward for completing this event each time is $8,000 and 19,500 Rep! It’s right around the corner again after you complete it, so you can repeat it over and over.

Money Cheat #2: Need for Speed 2015 executive producer Marcus Nilsson explains the game features an automatic image sharing system that turns your snapshots into in-game currency! To quote: “We also have a new snapshot system as well. Which is taking pictures of a lot of different moments – [since the game is always-online they go] out to the Need for Speed network where people can ‘like’ them, and those likes are being pushed back into the game as currency. So you get progression from sharing your photos. The Xbox One [and PS4] has really good built-in systems to make videos and stream them, which we are also going to use.”

Need for Speed 2015 Tips and Tricks

Here are some tips & tricks to help you get started:

• There are two types of Nitrous, time refill and action refill. Choose wisely as both have advantages.
• Coming first isn’t always important. A lot of events just require you to finish within a set time or score over a set amount of points.
• Play with the handling setup of your car and keep experimenting until it feels just right.
• Performance upgrades not only increase your cars performance but they also unlock further handling tuning options. Allowing you to fine tune the handling even more.
• Keep your eye out for hidden car parts located around the city. They could just be a potential upgrade waiting to happen.
• Looking to upgrade your car early? You can’t go wrong with adding some nitrous, for that extra little kick.
• REP is king and it’s what you’ll use to unlock a lot of your customization options and performance upgrades.
• Don’t fancy the drive across town? Bring up the map, select the event you’re doing and hit teleport. – When you select an event on the map, move the left stick either right or left to see options between adding a GPS “route” or “teleport”.
• Completing the build missions for Amy are a great way to unlock new parts.
• Customizing your first car could be just as beneficial as buying a new one, performance wise.
• Don’t feel like answering the phone? Simply ignore it and they’ll call you back.
• If you ever fancy getting away from the cops, the hills and mountain roads provide a great escape. – And once you’re out of sight (like around a corner) quickly stop the car and turn off the engine to find the cops driving right past you (most of the time)!

Developer Ghost Games gives a gameplay demonstration with tips and tricks about the fast cars and bad attitudes of Need for Speed 2015.

Get a head start with the Need for Speed Deluxe Edition.

Additional NFS 2015 Deluxe Edition Content Includes: Performance and Styling packs, a lifetime 10% discount on all game items using in-game currency* and a tricked out starter car. As well as a VIP icon, unique identifying sticker and some exclusive wraps for you to show off to your friends.

*10% discount applies to all in-game transactions using fictional Need for Speed Dollars that you earn in-game. This is the game’s only currency.

Do you know of any Need for Speed 2015 cheats or unlockables?
Let us know in the comments, you’ll get credit for finding out. – Thanks for visiting!