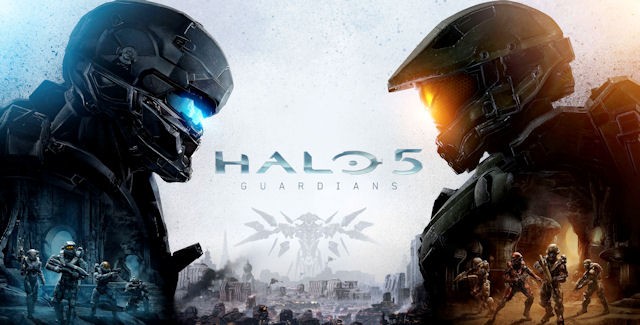 Our Halo 5 walkthrough will guide you through the beginning to ending moments of gameplay with strategy tips for this first-person shooter game exclusive to the Xbox One.

Halo 5 takes place in the year 2558, and is set eight months after the events of Halo 4’s Spartan Ops game mode.
Players experience the campaign from the point of view of two human fireteams. Blue Team is lead by Master Chief and is comprised of his teammates Linda, Kelly, and Fred. Spartans Locke, Tanaka, Vale, and Buck form Fireteam Osiris.
An unstoppable force threatens the galaxy, and the Master Chief is missing. An intense new story on a galactic scale: Play as the Master Chief and Spartan Locke as the hunt plays out across three new worlds.

Let’s start the Halo 5 walkthrough with an introduction video!

Please note that viewers must be at least 13-16 to watch, in America & Europe respectively, so no harm comes to those with innocent eyes. This game includes Blood, Mild Language, Violence.

The Next Evolution of Halo Combat.

Peace is shattered when humanity’s greatest hero goes missing, a new Spartan must hunt the Master Chief and solve a mystery that threatens the entire galaxy.

Welcome to the Halo 5: Guardians walkthrough!

Centerstrain will be your voice-over commentator showing you around the game’s areas.

Mission 1 Tip: Jackals Takedown Strategy: Throw a grenade at the shields the Jackals are always dragging around to get them to lower/break their shield defense, which opens them up for the killshot.

Elites Takedown Strategy: Switch your weapon for a Plasma Pistal (often gets dropped on the floor by Grunts or Jackals) then use its fully charged EMP blast (by holding the fire button until your controller gives the vibrate cue) to instantly break an Elite’s shields, thus opening them up for a headshot kill with the Magnum gun (for more Magnum ammo look at nearby weapon racks).

Mission 2 Briefing: “Signs of hostile activity, but she’s still here.” While Spartan Locke and the rest of Fireteam Osiris are conducting business on the frigid cliffs of Kamchatka, the Master Chief and Blue Team are on a separate mission set in the deep reaches of space. A remote ONI research station called Argent Moon has gone dark, and Blue Team has been deployed to investigate. This sort of mission wouldn’t normally be a priority for Blue Team, but the Master Chief has been pushing himself hard of late — perhaps in an effort to distract himself from the loss of his longtime AI companion, Cortana.

In short: The Master Chief is reunited with his Spartan II Blue Team for a routine investigation on the lost ONI research station Argent Moon. – ONI research station Argent Moon went dark 19 months ago. Recently, a band of scavengers discovered the station and sold their find to the late Jul ‘Mdama. Whatever secrets lie hidden in the secluded station can’t be allowed to fall into Covenant hands. Blue Team’s mission is to investigate Argent Moon, eliminate all hostiles within, and reclaim the station for ONI.

Hunters Takedown Strategy: Pick up an Elite’s Energy Sword, create a diversion and get behind it, then strike a Hunter twice in its back to kill it. Alternatively, in Hunter battles after you sneak up behind them, you can use rockets / shotguns / grenades / fuel rod cannons on their back to kill them as well.

Tip: In the first section after opening the gates, be sure to activate the optional automatic turrets on the right hand side behind a breakable wall.

Vehicle Weakness Tip: Most vehicles have a weakpoint. Look for red arrows around the reticle of your weapon, which indicate a critical hit.

Part 2 of Mission 4 on Meridian Station: At The Frontier colony, Fireteam Osiris saved the pinned down settlers from the Forerunner Prometheans to get the info they need from their near-rampant A.I. leader Governor Sloan. They go in to find clues to where Blue Team went next.

Ground Pound Tip: When to perform the mid-air Pounder move? Clamber up to a vantage point and use Ground Pound to decimate all enemies below you.

Mission 5 Briefing: Fireteam Osiris travel to the area of a dig site where Master Chief and Blue Team may have gone, only to uncover a huge underground Forerunner structure. Inevitably their search leads to a Chief VS. Locke battle!

Special Move Tips:
– Shoulder Charge Move: Sprint while you melee to do a shoulder charge to break through mid-level walls or ice stalactites.
– Hover Move: Jump and aim down your sign while in the air you will hover and slowly fall down as your jetpack gets activates.
– Thruster Pack Move: Jump further or dodge left & right to quickly get behind cover or dodge a grenade quickly.
– How to perform a Ground Pound Move: If you hold the melee button in the middle of the air (to charge the move) a circle will appear on the ground and a quarter of a second later the center circle will turn white and a beeping sound indicates you can fly down to the ground (where you’re aiming/looking) for maximum damage on nearby enemies.