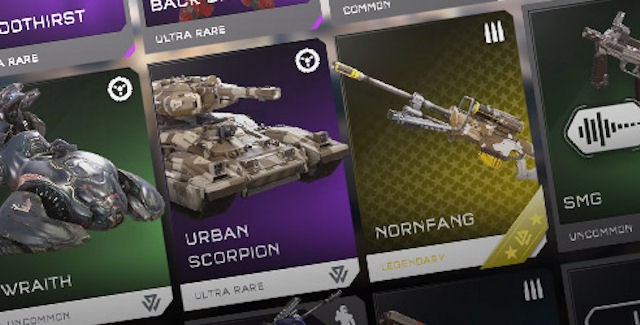 Here we will show you how to unlock all Halo 5 codes with a cheats list that’s valid for the Xbox One title.

How To Do The New Moves

Here’s a description of how to do all four new moves:

• Shoulder Charge Move: Sprint while you melee to do a shoulder charge to break through mid-level walls or ice stalactites.

• Ground Pound Move: If you hold the melee button in the middle of the air a circle will appear on the ground and a quarter of a second later the circle will turn white and a beeping sound indicates you can fly down to the ground for maximum damage on nearby enemies.

• Hover Move: Jump and aim down your sign while in the air you will hover and slowly fall down as your jetpack gets activates.

• Thruster Pack Move: Jump further or dodge left and right to quickly get behind cover or dodge a grenade quickly.

How To Unlock Requisitions

Mister Chief will be your instructor in this crash course on Halo 5: Guardians new Requisition System. The REQ System rewards players for their time spent in Halo 5’s multiplayer modes – Arena and Warzone.

Additionally, to get more REQs, if you pre-ordered the Halo 5: Guardians Limited Edition it comes with the Warzone REQ Bundle. And you can buy them as well, of course. Luckily nothing is hidden behind a paywall, no need to earn/unlock anything in-game. All unlockable content can be earned by everyone, pre-order just guarantees you have it out of the box.

There are over 1000 unique REQ “cards” to collect at launch, with hundreds more to come in the months that follow. One of the great parts about the REQ system is our ability to keep introducing new REQ content over time. This expands the collection of rewards available to players so you are always working towards new and enticing objects of desire. It also ensures that the gameplay experience is ever-evolving, as new weapon variants, vehicle variants and cosmetic options are released into the multiplayer ecosystem.

Here are the details about the REQ system and its terms:

• Requisition (REQ): A REQ is an unlockable item that comes in the form of weapons and armors, skins, assassination animations, and more.

• REQ Points: Players will earn REQ Points after each match in Arena or Warzone matchmaking, which can then be redeedmed for REQ Packs containing a variety of Requisition Cards (REQ Cards) in the form of unlockable weapons, armors, vehicles, and more.

• REQ Cards: Varying in type and rarity, REQ Cards offer a massive variety of items including single use items and permanent items. We’ll take a look at a few cards today.

• REQ Packs: REQ Packs contain REQ Cards, and come in multiple varieties – more on that later. Each pack contains a wide array of items. REQ Packs can be purchased with REQ Points earned for free in-game, or with real-world money. A portion of each REQ Pack purchased with real-world money will directly contribute to the Halo World Championship prize pool. As a reminder, while players will earn REQ Packs across both Arena and Warzone, only cosmetic items can be used in Arena Multiplayer.

• REQ Store: Players can easily access the REQ Store from the Spartan Hub, which will allow them to acquire REQ Packs. It’s worth noting that aside from a few select exclusive items, everything in REQ System can be acquired through the regular course of play by earning REQ Points and redeeming them for REQ Packs.

• REQ Collection: The REQ Collection allows players to view the full suite of available REQ Cards. By filtering through the list, players can see not only the REQs they own, but also examine those they’ve yet to unlock. Additionally, players may manage their collection by selling individual single use REQs back into the system for REQ Points they can then use to unlock additional REQ Packs.

REQ CARDS
Let’s start at the top. There are two types of REQ Cards – Permanent and Single Use.

Permanent: Some REQ Cards are permanent and can be used once they have been collected by players. In the above example, we see Helljumper, an updated version of the battle-proven Mjolnir ODST helmet – a cosmetic item – which can be used at any time in Warzone or Arena once unlocked.

Below is a visual breakdown of all permanent REQ Card types. Note that the first three types (Loadout Weapons, Armor Mods, and Certifications) are exclusive to Warzone, while that the remaining cosmetic types can all be equipped in both Warzone and Arena.

SINGLE USE REQ CARD ITEM TYPES (WARZONE AND ARENA)
Single Use: In Warzone, some REQ Cards are one-time use cards that disappear after they have been accessed. These are typically powerful cards. Types of REQ Cards that are single use are: Power Weapons, Vehicles, Boost & Power Ups.

Note: Warzone and Arena will both have Boosts that are specific to each mode (indicated by the Arena and Warzone symbols at the bottom-right of the card). Power Weapons, Vehicles, and Power-ups are exclusive to Warzone, and are equipped at a REQ Station during a match.

ANATOMY OF A REQ CARD
Next up, let’s take a closer look at the elements of an individual REQ Card. Let’s once again use Linda’s Sniper Rifle as an example:

In the above example, we see the Linda’s Sniper Rifle, Nornfang, which is a single use Power Weapon that can be equipped in Warzone. Here’s what to look for on this card:

Energy Level: In Warzone, calling in Power Weapons, Vehicles, and Power Ups requires an expenditure of Energy. Each REQ Card has an Energy cost and it takes time for this resource to recharge, so spend it wisely. To balance matches and ensure players don’t simply start a match overpowered, players must earn Energy during the course of the match to unlock these single-use cards.

REQ Level: As the Warzone match progresses, the intensity of battle will escalate to a fever pitch and new implements of destruction will be unleashed. During a Warzone match, players will increase their REQ Level from 1 to 9 by taking out enemy Spartans, destroying Bosses, and completing objectives. The most powerful REQ Cards can only be redeemed during the critical final stages of the Warzone match.

Rarity: REQ Cards have a wide range of rarity. The REQ in the above example is a Legendary, and also has a Mythic designation. The rarity breakdown is as follows:

Some legendary items are so rare and so storied that they transcend the standard rarity levels and are considered Mythic. Weapons such as Linda’s above Sniper Rifle, Kelly-087’s custom Shotgun and armaments of legend like the deadly Prophets’ Bane fall into this category, as do select cosmetic permanent REQs, such as the Helljumper helmet shown above.

Silver: Silver REQ Packs include Common to Rare REQs with the added value of two new permanent REQs, if available.

Bronze: Bronze REQ Packs include Common, single use REQs, but is likely to unlock a new permanent REQ, if available.

Premium: Premium REQ Packs (such as the Warzone REQ Bundle pictured above) provide players with a large number of REQs with an increased chance at receiving higher levels of rarity and more permanent REQs, if available.

Supply: Supply REQ Packs can be obtained by purchasing select Halo licensed products at Retail and are offered in three levels: Basica, Intermediate, and Advanced.

SPARTAN RANK
Spartan Rank packs are earned as a reward for ranking up on the field of battle, be it Arena or Warzone.

COMMENDATION
Complete commendations and get rewarded with specific and rare emblems to flaunt your battlefield achievements.

Here are all Requisition Unlocks shown in a row:

There are no Halo 5 cheats on Xbox One yet. So until they are discovered, we made the handy Halo 5 guides listed above to help you with tips and tricks for the game!

Do you know of any Halo 5 cheats or unlockables?
Let us know in the comments, you’ll get credit for finding out. – Thanks for visiting!