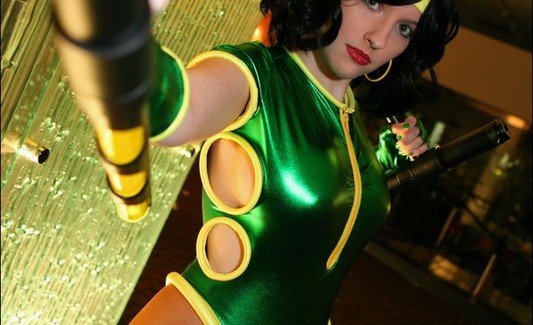 Orchid Killer Instinct Cosplay by Naosa aka TakagiNaoSama! Now that Killer Instinct has been successfully revived as a force to be reckoned with in the videogame realm via the Xbox One, fans can celebrate by giving themselves a look at this fantastic Orchid cosplay! Enjoy the beauty & the brawn of B. Orchid from Killer Instinct 2 in these pics!

Here is the Killer Instinct Orchid cosplay image gallery.
Click on the image thumbnails to see the full-size cosplay photos: 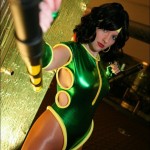 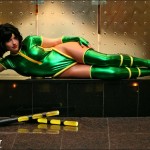 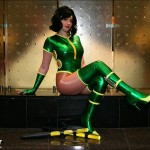 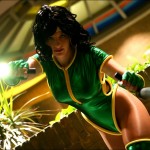 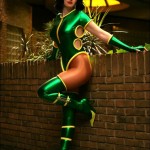 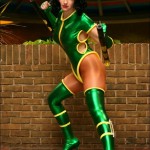 Ready to be inserted into a fighting game! 😀 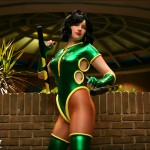 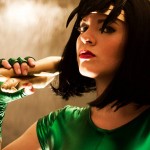 Naosa is ready for her Orchid magazine coverstories!

Inspiration: “Killer Instinct has a very special place in my heart. I played the SNES game to death when I was little with my sister, so it has some very dear memories for me. All the characters are just so cool and unique, and you can tell Rare really cared about their game. Orchid’s the poster girl, and I always played her in the game, so she was the obvious choice :)”

Design: “KI characters are all CG and in-game graphics, so their designs don’t change much between the few pictures that exist. There are a couple details on Orchid that are hard to distinguish though, so I had to improvise on a few things (WTF are those things on the sides of her boots??). Otherwise I tried to stick as closely to the character design as possible.”

Construction: “I’m pretty used to making leotards by now, though this was the most modification I had to do just for a basic pattern. Thanks to DeathCom for picking out the awesome metallic green fabric for me! All the trim was a pain, but looks good filled with plastic tubing. I had some help with the construction of the tonfas (thanks DeathCom and MasterArucard) but I was there every step of the way. It wasn’t my idea to make them light up, but they do, and I love it!” – Written by Naosa

About Cosplayer Naosa aka TakagiNaoSama
“My cosplay hobby is come and go, but when I’m building a costume I dedicate all I have to making it my best. I’m not the most creative person though, so I usually tend to do things the hard way. I’m not really the kind of person who looks forward to constructing a costume more than wearing the finished product, but I do have fun while making it. Seeing your creation come together after putting so much work and love into it is an amazing feeling. And that rush of excitement when you step out of the hotel room with a brand new costume has no compare! :)” – Written by Naosa

Be sure to check out Naosa’s Cosplay Island Profile as well as her DeviantArt (where you can see her other cosplays such as Chun-Li, Pepper Pots from Iron Man, Gwen from Guild Wars, Princess Peach and more). Also check out her website.
Cosplay Photography by: DeathCom Multimedia