Here is the Tidus Cosplay image gallery. Click on the image thumbnails to see the full-size cosplay photos: 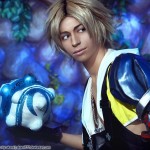 All Hail the Blitzball King! 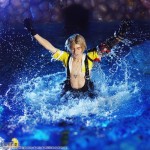 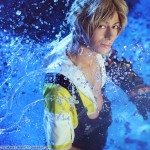 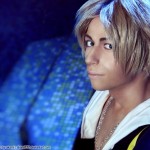 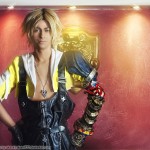 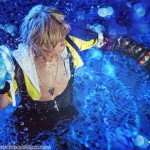 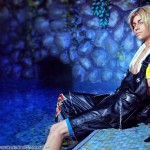 Wanna join me? Come on in! 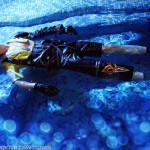 Reflections of Yuna in my mind. 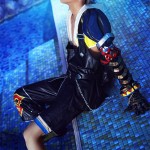 Calm before the storm.

Final Fantasy finally enters a fully polygonic world for the first time in Final Fantasy X. Follow the main character Tidus from a gripping blitzball tourney into a new primitive world where he must fight to survive. A stunning level of real-time detail appears in each area, including huge water-filled areas that make up a large part of the environment. An exciting combat system is turn-based, thus allowing you the time to plot your actions without the need to worry about a constant barrage of enemy attacks. You’re also able to swap party members in and out of combat during battles, and doing so is a free action. Lush visual elements enhance gameplay in this phenomenal action game, which was the first title in the series to feature voice-acting!

* Learn to summon aeons-old spirits of power to add to your fighting abilities as you battle the evils of Sin
* Tidus is a star athlete who survives a massive disaster, and with the help of a girl named Yuna, he journeys to temples & monasteries to find truth.
* Spectacular graphics and incredible voiceover work will immerse you in a new world where evil forces threaten the existence of all you know!