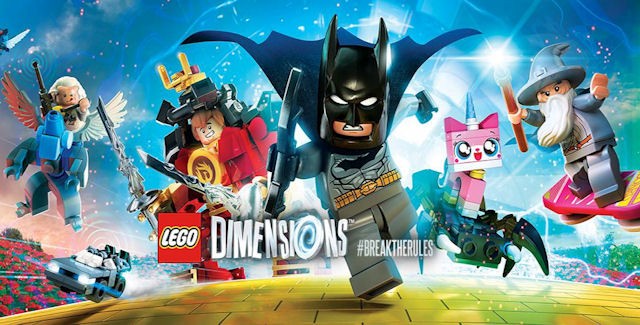 Here we will show you how to unlock all Lego Dimensions codes with a cheats list that’s valid for the PS3, PS4, Xbox 360, Xbox One & Wii U versions.

Tip: To turn on cheat codes, you first have to be in-game. Next, during gameplay press pause. Like in every Lego game you can enter codes from the Main Menu by selecting “Extras” and then “Enter Code”. – After which you can activate the cheat on the PS3, PS4, Xbox 360, Xbox One & Wii U versions of the game.

Since with Lego Dimensions you have to buy all characters & vehicles, there don’t seem to be any cheats available for them, unlike all previous Lego games. Sad as that may be, the Red Brick cheats can still be obtained, unlocked & activated; Not just with a cheat code — via the “Enter Code” option in the Extras menu — but you can also find them yourself the old way, in-game…

For example, the X2 Stud Multiplier Red Brick can be found in the Lego Lord of the Rings World. From the Vorton World enter the dimension for The Lord of the Rings World. From the start of that level get into the Batmobile straight away, because you’ll need to be fast. Once you’re in, go a little forward to see a blue robot holding the Red Brick (in front of the bridge) as it turns left into the Hobbiton village. Race after it between the little houses to catch up with the robot, and run into it to grab the Red Brick.

Where do you go to buy the Red Brick to unlock its cheat? That can be done in the main start area (in this case Vorton World), where the in-game portal is (the one that looks like the Toy Pad portal you built from Legos), jump on the character seat to get a button prompt (hit Circle button on PlayStation / hit B button on Xbox / hit A button on Wii U). On-screen you’ll be presented with all the shops, including the “Red Brick Unlocks” shop that reads “Buy Red Bricks here to unlock fun extras”. Buy the “Studs Score Multiplier x 2” Red Brick for 1 million studs to unlock it.

Tip: To turn on cheats, you first have to be in-game (so exit the Red Brick Unlocks menu and go back in-game). Next, during gameplay press pause. Like in every Lego game you can activate Red Brick cheats from the Main Menu by selecting “Extras” and then select the “Dwarf’s Bounty” Red Brick. – Which will activate the cheat on the PS3, PS4, Xbox 360, Xbox One & Wii U versions of the game.

Watch this video to see how to find this “X2 Stud Multiplier” Red Brick cheat:

Get Easy Solution To Difficult Puzzles

Flying characters like Wonder Woman and Wicked Witch can skip certain puzzles by flying over them!

Simply put their Lego figure on your Toy Pad portal to bring them into the level you’re playing to make it easier on yourself to solve/skip difficult puzzles and fly straight to the reward.

Some examples of puzzles you can skip:
A) When you see big gold locks on multiple gates, fly over the gates;
B) When there’s a gap in the ground with a puzzle to solve, fly over the gap;
C) When there’s lava with portals and islands, fly over everything to get the puzzle reward;
D) When you find Red Bricks out of reach up high in the Hubs, fly up to grab them without hassle.

For example after it’s unlocked, a vehicle (Batmobile, Wonder Woman’s Plane, Delorean, Scooby-Doo Van & Tardis) can unlock its 2nd or 3rd transformation model that has new special abilities that allow you to access new areas in the game.

Watch this interview video to see unlockables tips from one of the creators at Traveller’s Tales:

How To Unlock and Explore Adventure Worlds

Open-world environments are coming to Lego Dimensions as Adventure Worlds! Here’s your guide X-PO to show you around worlds full of beauty and mystery where players will be able to race, collect studs and gold bricks, and explore classic locations from the varied brands available in the game.

Watch this video to see how to unlock & explore Adventure Worlds with the Lego Dimensions packs:

There are no other Lego Dimensions cheats on Wii U, Xbox 360, Xbox One, PS3 & PS4 yet. So until they are discovered, we made the handy Lego Dimensions guides listed above to help you with tips and tricks for the game!

Do you know of any Lego Dimensions cheats or unlockables?
Let us know in the comments, you’ll get credit for finding out. – Thanks for visiting!