Blood Bowl 2 Comes to Consoles. Out Now for Xbox One, PS4 & PC 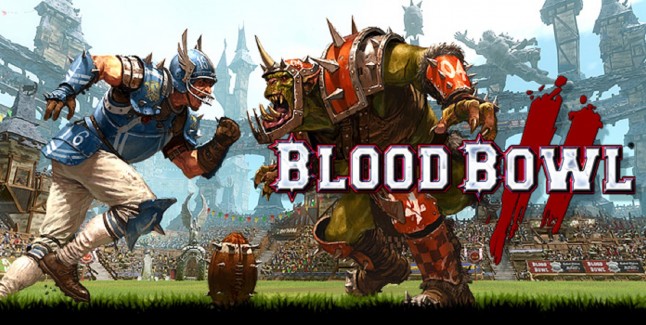 Blood Bowl 2 had a release date of September 22nd, 2015, which means it is OUT NOW for next-generation consoles (PlayStation 4 & Xbox One) and PC. The game combines American football with the Warhammer franchise for a brutal, unique turn-based take on sports & strategy gaming. Blood Bowl 2 will be released both physically, to retail stores, as well as digitally.

Blood Bowl 2, the sequel to the video game adaptation of Games Workshop’s famous board game (and classic 1995 MS-DOS PC game), and the original Blood Bowl 1 (Xbox 360, PC, PSP, DS & iOS in 2009/2010), is an action-packed sports title that combines American football with the brutal fantasy world of Warhammer! Blood Bowl II is out on September 22 in retail stores and on download for PC, PlayStation 4 and Xbox One!

The launch trailer will give you a good taste of what you will find in Blood Bowl 2: an explosive cocktail of turn-based strategy, humor, referee bribing, sports skills and brutality.

Get a better idea of what to expect in Blood Bowl 2 with this overview trailer.

Lead the famous star team Reikland Reavers back to glory, in a new solo story campaign supported by the hilarious commentators Jim & Bob from Cabalvision. Each match is unique, with unexpected and surprising events constantly renewing the experience!

The single and multiplayer modes are bigger and richer than ever.

In the online persistent mode against players (or offline against the AI), create, manage and develop your own teams comprised of eight races from the Warhammer world – Humans, Orcs, Dwarfs, Skaven, High Elves, Dark Elves, Chaos, and the Bretonnian newcomers – gaining XP and unlocking new skills.

But beware! On the pitch, all losses are permanent… Online, organize entirely customizable championships, from qualifications to finale, and trade your players on the new Transfer Market to build your Blood Bowl dream-team! 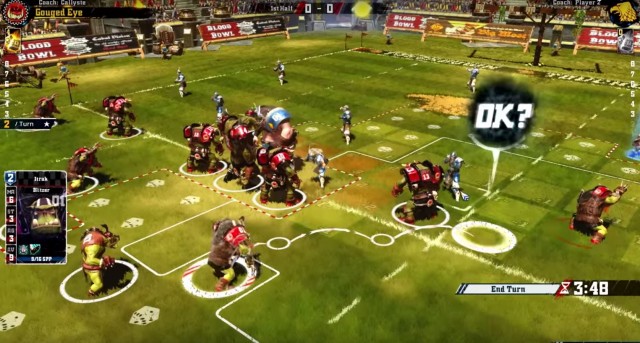 I am not a big fan of sports games, nor of strategy games, nor even of football (*gasp*), but even still, I think this game looks extremely fun & absolutely badass.

I love the marriage of brutal violence via the Warhammer series & outright strategy. It literally seems like a match made in Heaven.

I also think it’s absolutely hilarious that this has a British developer behind it. I guess it really does prove how universal “American football” really is. GO ARIZONA CARDINALS! 😀

Are you going to be buying Blood Bowl 2? Console or PC version?