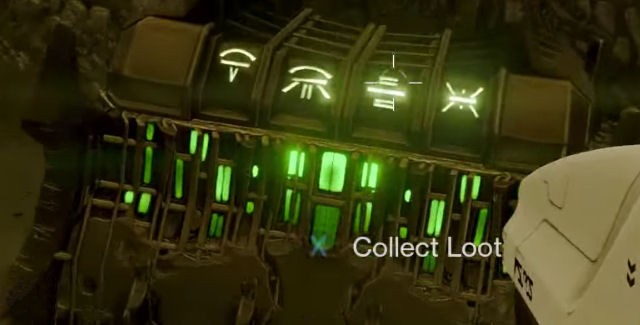 Let’s find out where to farm in Destiny: The Taken King: This short tutorial is about how to farm the loot chests that respawn all around the Dreadnaught.

As the above video demonstrates how to farm the chests around Oryx’s Dreadnaught in the Rings of Saturn when you’re on the “Patrol The Dreadnaught” Level 35 Patrol Mission. The loot chests in that “Hull Breach” starting area are constantly re-spawning in different set places, after you open them with the “Collect Loot” action button each time. — So there’s no need to go back into Orbit as you can continuously keep playing. — Since it’s still randomized, the visual locations guide shows the most common areas where they will spawn in caves.

In this second Loot chests guide, we will show you the way to all 10 Dreadnaught Chest locations on The Taken King’s Story or Patrol Missions.

Disclaimer: Bungie may patch any of these Destiny: The Taken King Loot Farming Guide methods at any time if they consider it an unfair advantage.

I hope these tips to farm loot will help you get more delicious loot.

Please check out our other “How To” guides atop this page to enjoy Destiny: The Taken King more! 😀