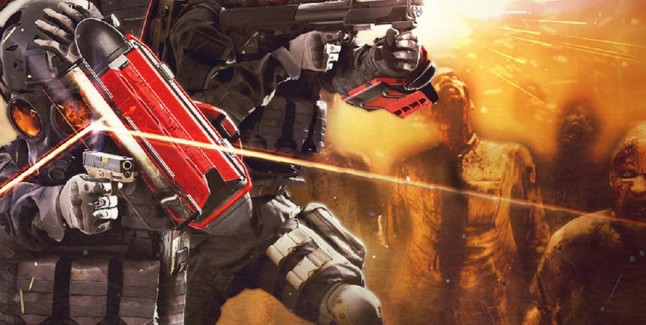 Resident Evil: Umbrella Corps has been announced exclusively for PlayStation 4 & PC as an all-new Call of Duty-style First-Person Shooter. It’s a competitive online game set in the Resident Evil universe where players take control of Hunk-style 4th Survivor mercs for the Umbrella corporation, battling other mercs as well as zombies.

Umbrella Corps will feature high-intensity team-based matches where players can compete online in a variety of unique close quarter battle modes. Each adrenaline-fueled match will be short and brutal and is designed for quick and engaging play. The game will feature an analog aim and cover system, allowing for more precise control when firing from cover.

In the One Life Match mode, players must achieve their main objective to take down the other team without any option to re-spawn. One life per round is all a player gets as they must not only face the enemy team but also contend with classic Resident Evil enemies such as zombies that populate each map. Though these can be added threats, they can also be used to a player’s advantage if strategically used to hinder the other team.

In order to face all these threats, players will be equipped with gun and grenade based weaponry as well as specialized gear that add an extra layer of Resident Evil flair to the action.

The non-traditional arsenal includes the Brainer (a powerful melee axe which goes straight into the skull), Tactical Shield (an arm-mounted guard allowing players to utilize a zombie as cover), Terrain Spikes (boot-mounted spikes for trampling the enemy), and Zombie Jammer (a device which repels zombies only when active). Players must be quick and strategic in changing up their tactics and weapons to win against the opposing team in this all-out brawl. 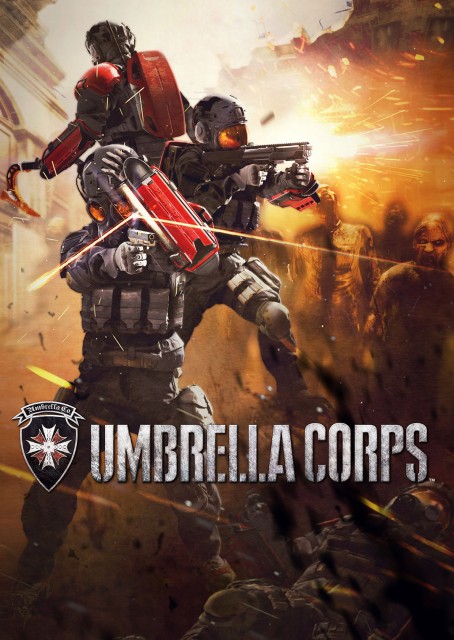 I didn’t see THIS one coming.

While part of me (and indeed, virtually everyone) laments the constant barrage of turning everything into an online FPS, the game still looks like fun. And considering that it is a budget title that will only be released on PC & PS4 at $30 bucks, it looks like a no-harm, no-foul play to me. As Capcom is still giving fans what they crave with the Resident Evil 2 Remake and the upcoming Resident Evil Zero HD.

This game looks like it is there to tide players over until Resident Evil 2 and the next-core title hit.

I doubt very much that this one will be any different. Although maybe the limited platform release and low-price point will change this game’s fortunes.

It does look fun though.

What are your thoughts on Resident Evil: Umbrella Corps?