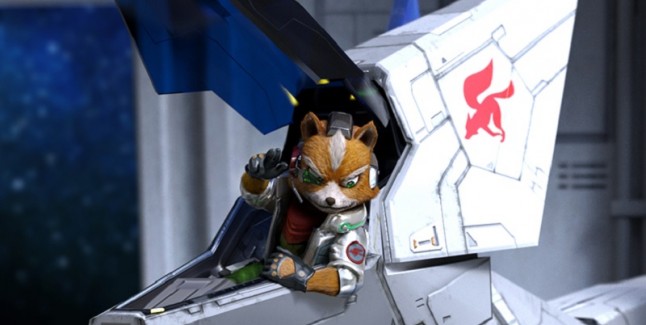 Star Fox Zero delayed! That’s right, Nintendo’s biggest AAA Wii U title for this Holiday (originally scheduled for November 20th 2015), has been delayed to early 2016, a first-quarter release between January and March. Ouch! Miyamoto himself apologized with a letter to fans that we’ve quoted here-under.

But first, check out 28 minutes of Star Fox Zero gameplay footage with Shigeru Miyamoto himself in this E3 2015 video.

A Message from Mr. Miyamoto regarding Star Fox Zero:

“I made a big decision last week.

We have been developing Star Fox Zero for Wii U with the aim of releasing it this year. Although we felt that the development had been progressing well, we now believe that we will need a little more time to work on areas such as the unprecedented discovery that we want players to experience in the game by using two screens, and further polishing the level designs and perfecting the tone of the cut scenes. While we have already reached the stage where it would be technically possible to release the title in time for the year-end holiday season, we want to polish the game a bit more so that players will be able to more smoothly grasp the new style of play that we are proposing.

To the people looking forward to the launch of the game this holiday season, I am very sorry.

Star Fox Zero is going to bring new game play and experiences that take it far beyond the framework established by Star Fox 64. All the members of the development team are doing our best so that the final product will not betray your expectations. And the game will not be delayed for a very long time – we’re aiming to launch the game in Q1 2016. Please stay tuned for further announcements.”

That’s all he had to say for now. To tide you over in this unexpected wait, go check out our The Making of Star Fox & Star Fox Zero article. 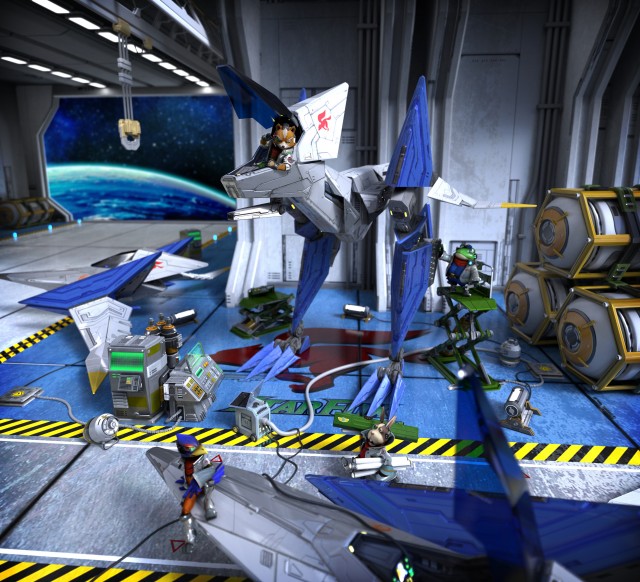 OOMPH! This one hurts.

Although this IS Nintendo, and that has always meant they will accept nothing but PERFECTION when it comes to their games.

While the biggest titles in the videogame industry from the biggest players are allowed to hit store shelves completely 100% busted, like say Assassin’s Creed Unity (The “Hay Cart of Death”), or The Elder Scrolls V: Skyrim‘s ass-backward-flying-dragons; This has NEVER been allowed when it comes to Nintendo.

Nintendo games are known as some of the most well-polished titles ever pressed to a disc (or a cartridge), and glitches are rare, very few, and very far between.

However this level of polish often means that big-time Nintendo games suffer from major, huge delays. Things have improved much in recent times… however, as we now see with Star Fox Zero, sometimes the delay-bug still strikes.

This is a hard one for Wii U fans to swallow and will raise questions & conspiracy theories regarding whether or not Star Fox Zero (like Zelda) is being held back for the Wii U’s successor, Nintendo’s mysterious NX console which will be announced next year…

But Star Fox Zero is being custom-built to take advantage of the Wii U’s dual-screen possibilities via the tablet (er, Wii U GamePad), so who knows whether the game would even be possible on the NX.

I suppose we’ll find out once 2016 rolls around.

As for now, I wonder what Nintendo has up their sleeves to cover this loss.

How about a simultaneous Wii U/3DS hardcopy “EarthBound Trilogy” set in a deluxe package with an artbook, figure, amiibo, making-of documentaries, cloth maps and soundtrack CD for the included EarthBound Beginnings, EarthBound & Mother 3 all with “remastered” plus classic versions? Eh, Eh.

Why not also give us a “Fatal Frame Collection”, a physical Wii U boxset that would include Wii U port’s of Fatal Frame (2001, read my Fatal Frame 1 original Xbox review from 2007!), Fatal Frame II: Crimson Butterfly (2003, already re-released for Wii in Japan), Fatal Frame III: The Tormented (2005), the Japan-only Fatal Frame: Mask of the Lunar Eclipse (2008, Wii), a Wii U version of the 3DS spin-off “Spirit Camera: The Cursed Memoir” (2012) and include the all-new upcoming Fatal Frame: Maiden of the Black Water which releases for Wii U on September 27th. Now is literally the perfect time to capitalize on your ownership of the Fatal Frame license by giving Wii U fans the entire series!

NINTENDO ARE YOU LISTENING?

How upset are you about the Star Fox Zero delay? What do you want to see Nintendo release in its place?