Destiny: The Taken King: How To Unlock The New Subclasses 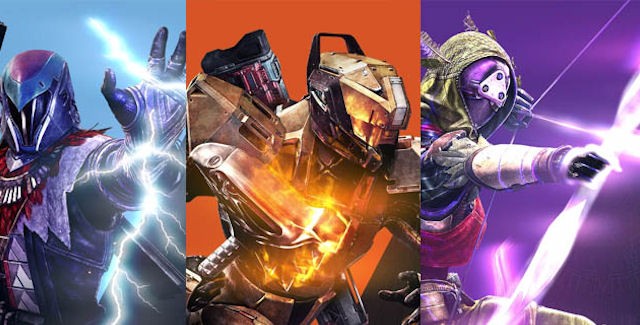 Check out the “Destiny: The Taken King: How To Unlock The New Subclasses” guide that shows how to get the new Sunbreaker, Nightstalker & Stormcaller Subclasses and accompanying Supers for each Player Class.

Along with an arsenal of all new gear, Guardians can discover and wield devastating new powers. Claim and master the Titan Sunbreaker, Hunter Nightstalker, and Warlock Stormcaller. These will help you board the Dreadnaught and face The Taken King.

How to Unlock The New Subclasses:

• Step #1: You’re required to own and install The Taken King DLC. Then start playing Destiny.

• Step #2: The new Subclass quests for the new Titans, Warlocks and Hunters subclasses will become available after the completion of the Level 25 “The Coming War” story mission on Mars.

• Step #3: After that mission has been successfully completed, return to the Tower and walk straight forward into the big hall with the three Warlock, Titan & Hunter Vanguards. Talk to the one that represents your class to start the newly added Subclass quest named “The Stormcaller’s Path” / “The Sunbreaker’s Challenge” / “The Nightstalker’s Trial”; That puts you on the “A Spark in Shadow” Mission on Mars / “A March of Fire” Mission on Venus / “A Ranger Lost” Mission on Venus.

• Step #4: Complete that Mission to get the new Subclass and Super equipped. Then you’ll get a short objective, where you’ll be asked to press the left + right shoulder buttons to use your Super and use it to take out 100% of the nearby Vex using your new-found power.

• Step #5: Finally, go back to the Tower’s Vanguards room to complete the Quest and get some bonus XP & armor as well.
This principle applies to all characters (Warlocks, Titans and Hunters).

Here’s a quick video guide for unlocking the new Subclass in The Taken King:

In this example you’ll see a Warlock unlocking the new Stormcaller subclass, but it works the same for the Titan’s Sunbreaker and Hunter’s Nightstalker subclasses.

Up next is the Sunbreaker subclass story mission walkthrough.

And finally we’ve got the Nightstalker subclass story mission playthrough.

I hope these tips will help you out.

Please check out our other “How To” guides at the top of this page to enjoy Destiny more! 😀