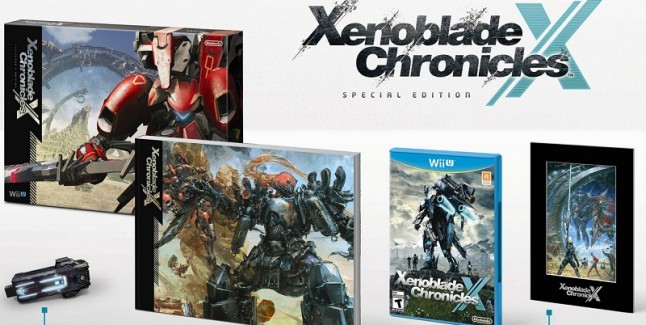 Priced at $90, the Xenoblade Chronicles X collector’s edition has been announced for this Wii U-exclusive JRPG, and will hit stores on December 4th, 2015!

Check out Episode 1 of the Xenoblade Chronicles X “Survival Guide” in this promotional video from Nintendo.

Launching alongside the standalone version of Monolith’s massive RPG, and officially titled the “Xenoblade Chronicles X – Special Edition”, this version is overflowing with great content.

Perfect for fans who want to experience everything Xenoblade Chronicles X has to offer, players who purchase the Special Edition at a suggested retail price of $90 will get a beautifully designed package.

* Physical copy of a gorgeous concept artbook with more than 100 pages, featuring select art for the very first time.

* Physical, unique USB drive modeled after the game’s “Lifehold Unit,” pre-loaded with a selection of 10 music tracks from the game’s memorable soundtrack.

* Physical, limited-edition matted 5×7 art card of a painting done for the game by illustrator Takashi Kojo.

In this new game, Earth is destroyed and humanity faces annihilation from an intergalactic war between two alien races.

Players must fight for their survival and explore a new planet full of exotic and hostile life-forms. To traverse the planet with ease, players can pilot customizable mechs called “Skells,” which give them powerful weapons.

Players can also customize a lethal skill set of combat and defensive skills called Arts to strengthen their strategies and defeat enemies efficiently. 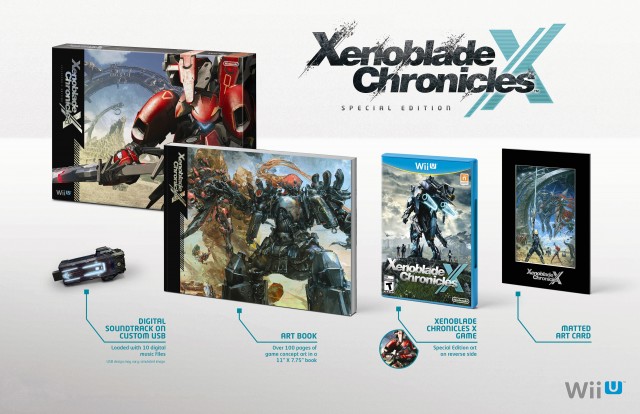 It’s rare to see Wii U games get the Collector’s Edition treatment, and it’s something that Nintendo themselves needs to do much more often.

If any game deserves it, it would be Xenoblade Chronicles X!

Don’t forget that a new version of the original game is available on the 3DS, although it only works on “New 3DS” systems. That game is Xenoblade Chronicles 3D, definitely track it down and play it! You could also track down the Wii version, but it’s harder to find and is pricey.

Are you going to be buying the Collector’s Edition for Xenoblade Chronicles X?