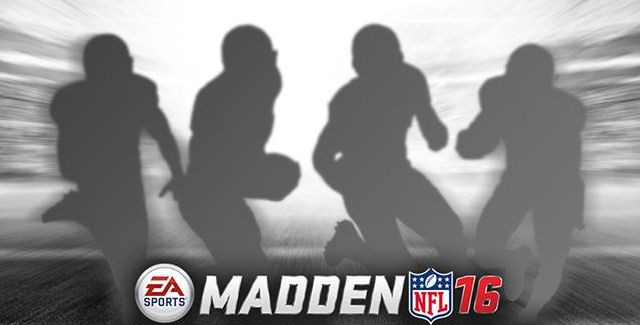 The Madden NFL 16 trophies guide lists every trophy for this PS3 & PS4 American football sports game and tells you how to get and unlock them.

In the Madden NFL 16 trophy guide we’ll show there are 37 Trophies (0 Hidden Trophies) that can be earned in the PS3 and PS4 versions. Earn Bronze (25), Silver (6), Gold (5), and Platinum (1) Trophies to increase your Gamer Level.

3. Run Degree (Bronze) — Earn at least a bronze medal in all 6 Run Concepts inside of Skills Trainer.

5. Early Bird (Bronze) — Get hit with a neutral zone infraction penalty. (No SuperSim or Practice Mode)

6. Put Some Touch On It (Bronze) — Throw a Touchdown using the Touch Pass. (No SuperSim or Practice Mode)

7. Assisted (Bronze) — Record 4 assisted tackles in one game. (No SuperSim or Practice Mode)

8. This is My Ultimate Team (Bronze) — Create a MUT Team.

9. Lay it all on the Line (Bronze) — Make the playoffs in Ultimate Team Seasons.

17. Great Pick (Bronze) — Draft a player with an OVR at least 10 points higher than the base team’s OVR in Draft Champions.

Tip: From the Main Menu, select Ultimate Team, and to start the challenge go through these menus: Solo Challenges, NFL Journey, Prospect & Rewrite Superbowl ’94. And after completing this challenge your trophy will unlock.

21. Good on Paper (Gold) — Draft a team with an OVR greater than 82 in Draft Champions.

Tips: To unlock this trophy you will need to draft a team with an overall of at least 83.

The bad news is this trophy is 25% football knowledge and 75% luck. The reason it is luck based is because you are at the mercy of the cards. If you keep being offered position players you have already drafted then your team will not improve enough.

The good news is you have an unlimited amount of attempts to try for this trophy. If you fail to draft an 83 OVR team then simply quit out of your first game and try again. But note that you will not be able to re-draft for 15 minutes.

The best strategy I can give is this:

Try to choose a good coach. I know most times you won’t get that chance, it’s not necessary but it helps a bit if you do. Bad coaches will start your team at 72 OVR, average coachers at 73 OVR, and good coaches at 74 OVR. I’m still compiling a list which coaches belong in which tiers.

Next tip is to never upgrade the same position twice. Your starting roster has 22 spots but you only have 15 rounds to draft players. So no matter what seven of you players will suck (71-73 OVR rating). And only significant upgrades at starting positions will raise your teams overall. So having two great players at the same position will absolutely do nothing good for your team. So let’s say you drafted an 87 RE in the 3rd round, don’t go and draft JJ Watt in the 10th round because he’s available. Sure he’s the best RE in the game but drafting him over your already 87 RE is only a +4 and will not help you. This goes for all positions.

Draft highly rated rare positions first. What this means is if there is only one position in your starting lineup, then choose that over positions where there are two. I.e. you only have one starter at QB or RB but two starters at WR or CB. This helps because later in the draft you will pull a deck with high rated players from positions you have already drafted (this will happen). You can double up on corners but not RTs.

Tips: All these trophies are very easy to get and will take you under 10 minutes to obtain. First download my rosters “MEASYTROPHIES” from the share menu. Make sure you load the rosters. Now follow these steps:

Ignore the team settings. You will not be playing the games.

Leave the commissioner settings alone. Return to the league menu and select “advance week” and choose to simulate 10 years. You will go 16-0 and win the Super Bowl every year. Trophies will be popping up left and right. After the 2018 Super Bowl you should have unlocked Payton Manning Award and all the preceding trophies. If you somehow didn’t unlock all of the trophies yet just keep simulating until you do.

33. Going for Gold (Gold) — Earn gold from a drill inside the Skills Trainer.

Tip: From the Main Menu select the Gatorade Skills Trainer, go into “Help! I Am New To Madden” and select “Player Position Basics”. All you have to do is run through the 10 drills.

34. Understanding (Silver) — Earn at least one bronze medal in all drills inside of Skills Trainer.

35. Turn Down for Watt (Silver) — Make a user-pick with J.J. Watt. (No SuperSim or Practice Mode)

36. Satisfying Comeback (Silver) — Comeback and win when trailing by 17+ points at halftime. (No SuperSim or Co-Op)

37. Threw Down the Gauntlet Again (Gold) — Defeat the Level 25 Boss of the Skills Trainer Gauntlet.

Special thanks to EA Sports, Neux & M-Easy for the list, tips & guide videos.

Please comment if you have any Madden NFL 16 trophy unlock tips of your own. Kudos will be given. – Thanks for visiting!