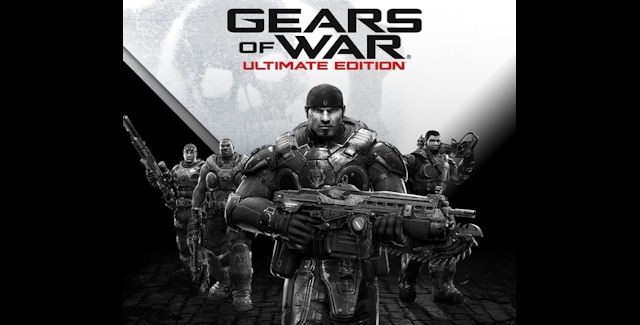 Let’s take a look at some funny Gears of War: Ultimate Edition easter eggs! Yes, there’s more than there were in the original in this remake! They can be found if you know where to look! 🙂

Easter eggs have been confirmed for Gears of War: Ultimate Edition. Watch footage of them all below.

The Dead Toilet Guy easter egg returns in multiplayer on the Rooftops map. Pick up a longshot zoom-in weapon to look past the map-ending gate into the abandoned building with the broken windows where he’s inside, just sitting, being dead on the toilet. Poor guy never saw the Locust Horde coming.

This destructible bell easter egg can be found in multiplayer on the Rooftops map. Look for the bell tower and shoot a grenade at the bell to make it fall down, huge chime and all!

The classic video game Frogger is being played on a monitor at the start of the campaign’s Act 5: Desperation, in the control room. Can be seen at 2 minutes into this video.

You can find a “Gears Crunch” Cereal Box easter egg in the campaign’s Act 5: Desperation, the back of the box reveals you can win a fluffy pillow prize. To find it for yourself, after the Berserker cutscene, make it past him into the last car on the train.

Have you found any Gears of War: Ultimate Edition easter eggs?