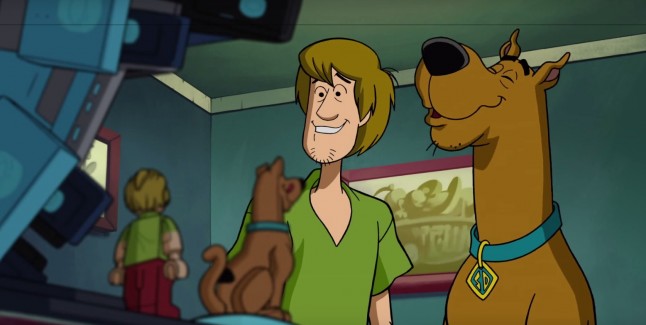 Lego Dimensions will feature characters from Scobby-Doo, the infamous classic cartoon, and now Warner Bros. has shown off an exclusive Scooby-Doo cartoon short along with gameplay of Scooby in action.

Check out the official Scooby-Doo animated short & gameplay video in this new trailer.

Synopsis
For the first time in a LEGO videogame, the Scooby-Doo gameplay combines the distinctive, blocky LEGO art style with the cel-shaded look of the original, animated cartoons. The LEGO Dimensions Starter Pack includes a complete, mission-based Scooby-Doo level that Batman, Wyldstyle and Gandalf must traverse in their quest to stop Lord Vortech and save the LEGO Multiverse.

Here’s the Lego Dimensions Scooby-Doo image gallery.
Click on any of these image thumbnails to see the full-size photos: 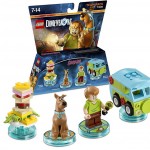 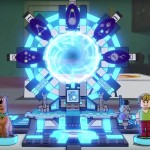 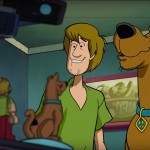 For Scooby-Doo fans that want to customize their LEGO Dimensions experience, it was also announced that a Scooby-Doo Team Pack which includes LEGO Scooby-Doo and LEGO Shaggy minifigures, plus a LEGO Mystery Machine and LEGO Scooby Snack, will be available at the launch of the Starter Pack.

Scooby-Doo and Shaggy each have their own abilities and the Mystery Machine and Scooby Snack can be physically built and then rebuilt twice for a total of three different objects that do entirely different things in the digital game for massive variety. 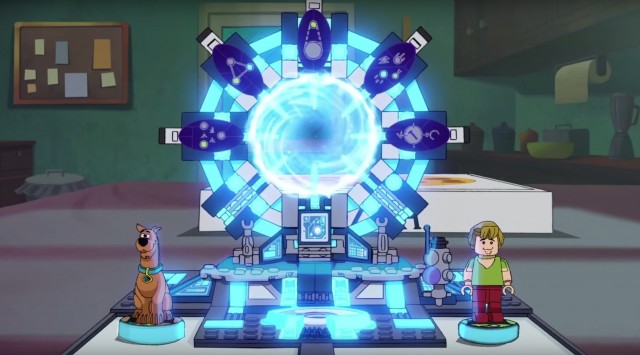 All expansion packs provide gamers the opportunity to use every character, vehicle and gadget interchangeably, anywhere throughout the game. Players can bring up to seven toys into the LEGO Dimensions game all at once by placing them on the LEGO Toy Pad to create extreme gameplay cross-overs, such as Scooby-Doo piloting the Batmobile through Springfield!

Launching September 27, 2015, LEGO Dimensions will be available for Xbox One, PlayStation 4, PlayStation 3, Xbox 360, and Wii U. 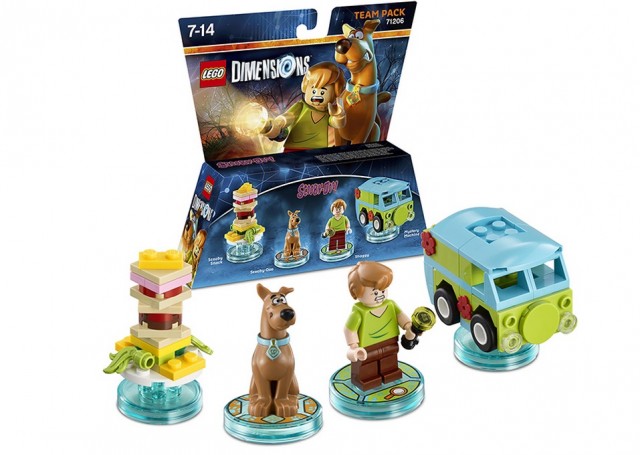 I’m not even a Scooby-Doo fan and that gameplay looked absolutely awesome & incredibly fun.

Seeing Batman & Scooby-Doo together is a treat. Glad to see Lego Dimensions making it out. I think Warner Bros. can pull off some really fun content, as this trailer demonstrates. It definitely looks like another must-buy from Traveller’s Tales.

Are you excited about Scooby-Doo in Lego Dimensions?