Nintendo President Satoru Iwata passed away about a month ago, and the creator of Super Smash Bros. Masahiro Sakurai wrote a touching eulogy in Japan’s Famitsu gaming magazine about the man whom he called a dear friend and the best boss he ever had.

“Satoru Iwata was a man of virtue. Where a normal person would get annoyed or angry, he would never show such emotions and would instead analyze, organize, and offer ideas. He was someone who could bow his head and apologize for things that weren’t his fault. I often worried about his stress levels, but he always talked with a smile.

He had a brilliant mind. Even when people would talk at length or without focus he was able to quickly say, “so, what you’re trying to say is…” and quickly summarize their point. He was able to see to the heart of people and things and was a master of simplifying them so that anyone could understand their point. He could immediately make a call on changes to improve. I have no doubt that many people were saved by this quality.

Here’s the RIP Iwata image gallery.
Click on any of these image thumbnails to see the full-size photos: 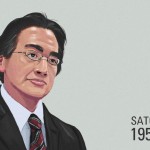 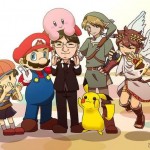 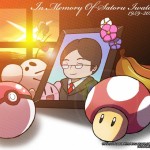 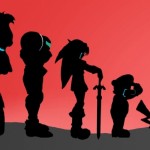 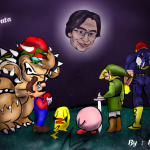 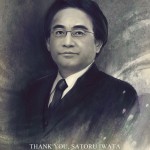 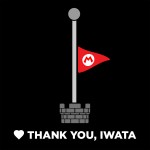 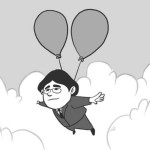 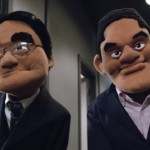 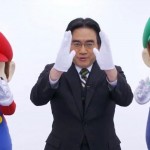 He was a man of effort. Even though he didn’t start out in the managing field, he read numerous management books, he would ask for advice from the necessary people that he would take to heart, and managed to become the president of Nintendo. What he gained from his years as a programmer allowed him to take many long-term projects to successful fruition.

He was open and generous. Things like his Iwata Asks, and Nintendo Direct weren’t things that necessarily required the president of Nintendo to stand at the front and do. There was always the risk of frivolous criticism. And yet, by being the spokesperson, I believe he showed the importance of properly conveying a message to his audience. 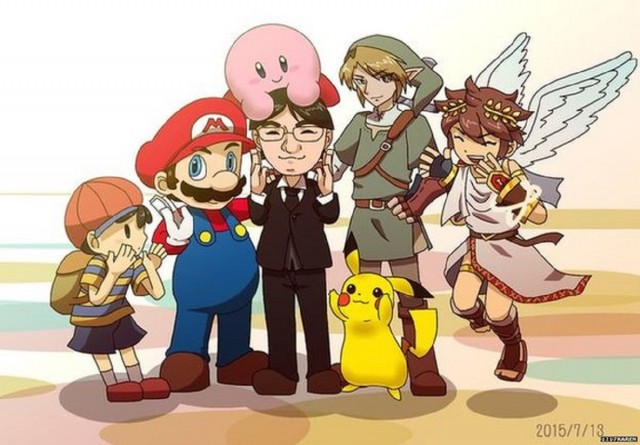 He was empathetic. After he became the president of Nintendo, he would write emails to all employees to communicate and as hard as it was, took a stance to try to treat everyone as equals. He would often ask third parties to see how people were doing. As an individual, he had no self-righteous qualities.

“Our positions and locations changed throughout our long association but he was the best superior I ever had and a man who understood me better than anyone.”

– Masahiro Sakurai, creator & longtime producer of the Super Smash Bros. series (N64, GameCube, Wii, Wii U, 3DS) & Kid Icarus: Uprising (3DS) & Meteos (DS) among many other videogames. You can read the full translation over at Kotaku. 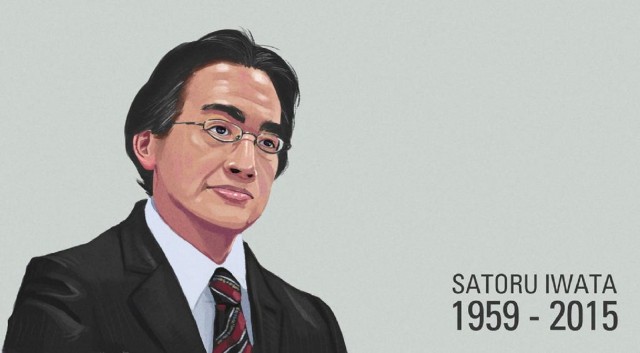 It is really great to hear that Satoru Iwata was as humble as he appeared to us on the outside.

To me, he always seemed like someone that had a big heart, someone with a clear passion not just for gaming & Nintendo, but for interacting with fans and desiring to see them smile (even if this didn’t always translate to giving us exactly what we desired & requested).

It was simply impossible not to smile when watching Iwata. I often described him as “cute”. As a heterosexual male, “cute” is never a word I ascribe to men. But Iwata? What other word is there that fits so perfectly? He became a caricature of a videogame character himself. You can slide him right alongside Pikachu & Kirby and no one would bat an eye, as the amazing RIP Iwata fanart in the gallery above proves. 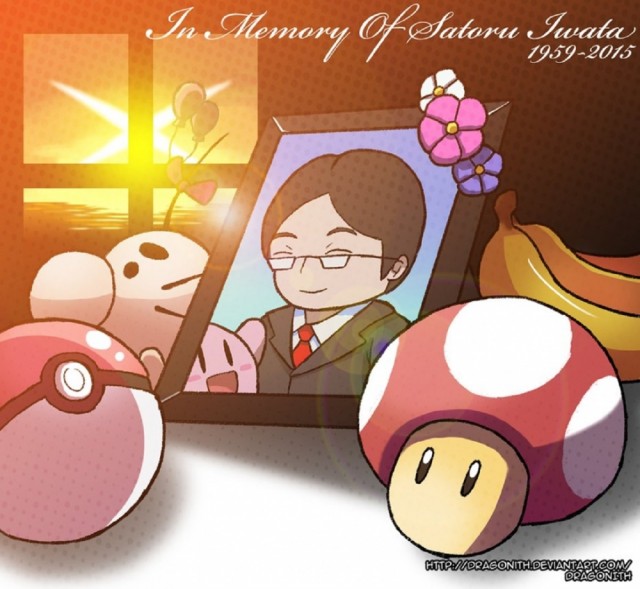 What a giant of the videogame medium we have lost. The industry won’t be the same without him; and I think world of gaming has lost perhaps it’s first true titan whom gamers felt a true heart-to-heart link (pun intended). RIP Iwata!