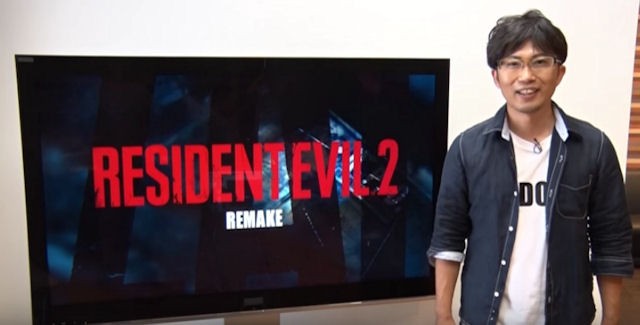 Capcom producer Yoshiaki Hirabayashi has announced Resident Evil 2 Remake is in development! The HD Remaster will be coming to PS4, Xbox One & PC — PS3 & Xbox 360 versions are unconfirmed — some time after the Resident Evil 0 HD Remaster is released in early 2016, since development on the sequel remake has only just begun.

Here is Capcom’s official statement: “We’re pleased to confirm that Resident Evil 2 has been approved for development. As the title is only just starting its development cycle we unfortunately don’t have any additional information or assets to share at this time. However, for now we want our fans to know that we appreciate all the feedback and support we’ve received on this title. We’re looking forward to delivering this highly anticipated Resident Evil experience that fans have been waiting for.”

Capcom’s Producer for the title, Yoshiaki Hirabyashi AKA ‘H’, from R&D Division 1, added: “It’s been great to see so many positive comments from fans that have pushed the project to get approved. The team here at Capcom Japan really appreciates fans’ passion and support and will do our best to bring fans what they really want.”

As Capcom puts it, game development is a long process and the Resident Evil team wants to deliver a remake that lives up to the expectations of its fans. Meaning it may take over a year to get released.

Fans will no doubt be ecstatic to see RE0 HD remaster, RE1 HD remake and now a RE2 HD remake coming, and with it have the opening acts of the Mansion and Raccoon City incidents re-released! 😀