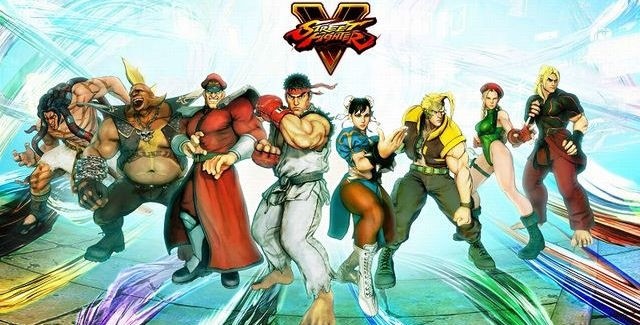 The SF5 Beta will roll out on Thursday, July 23rd with four characters playable immediately (Ryu, Chun-Li, M. Bison & Nash), with the last two of the six characters in the SF5 Beta (Birdie & Cammy) becoming playable on Saturday, July 25th.

Here you’ll find detailed information in the video how to do Street Fighter 5 Beta moves.

Watch the Street Fighter 5 Beta all Skill Moves tutorial video to find your favorite moves to try out (starts at 4 minutes in).

See the developers explain how the characters impact the Battle System at EVO 2015 (talk begins at 20:30 minutes in).

Next, we’ve got all the Special Moves new in the Street Fighter 5 Beta.

These combinations work to execute skill moves on the PlayStation 4 and PC versions.

Tip: Parries a single hit, however you can continue to parry multi-hit attacks in succession.

– Airborne Tatsumaki Senpukyaku – (While in Air) Quarter Circle Back + Kick

Tip: A shorter jump compared to her regular jump that doubles as an attack and can be combo.

Tip: Chun-Li now does double the hits for every move.

Tip: Bison can absorb a single hit projectile, or you can hold the input to reflect the projectile back at the opponent, which comes out at a faster speed and does 2 hits.

Tip: Bison gets much faster, with his forward dashes turning into teleports and his specials get augmented at the cost of a bit of his V-Trigger timer.

– Psycho Inferno – Charge Down, Up + Punch

Tips: With the Sonic moves Nash does a teleport with very low start-up which consumes all of his V-Trigger and allows him to mix up. It has three variations, as you can teleport behind (forward + input), above and in front (down + input) or above and behind (back + input).

Tip: Cammy performs a short hop that evades projectiles and delivers a gut punch to her foe. If used close enough, she will cross over to the other side of the opponent before delivering her attack.

Tip: Cammy’s Spin Knuckle returns, allowing her to go around fireballs and even cross up the opponent. When activated, the speed and number of hits Cammy’s special attacks deal increases dramatically for a short period of time, further increasing her ability to pressure and damage opponents; As well as allowing her specials to be cancelled into other specials (such as the Spiral Arrow into the Cannon Spike), each taking a stock of her V-Gauge when performed.

– V-Reversal – Strike Back – (During Guard) Forward + All Kicks

Tips: Depending on the direction you push when activating the V-Skill, Birdie pulls out one of three different items from his pockets: a banana peel that trips up opponents on the ground, an energy drink that is rolled as a projectile, both of which give him a minor V-Gauge boost and lastly, a donut that is quickly eaten and gives him a major V-Gauge boost!

Tip: Birdie’s V-Trigger (eating a pepper) enrages him and powers up his special attacks by increasing their movement for a short period of time, while also adding armor and damage, making him that much harder to stop!

– Killing Head – Half Circle Back + Punch

– Bull Revenger – Half Circle Back + Kick

What are some of your favorite moves in Street Fighter 5?