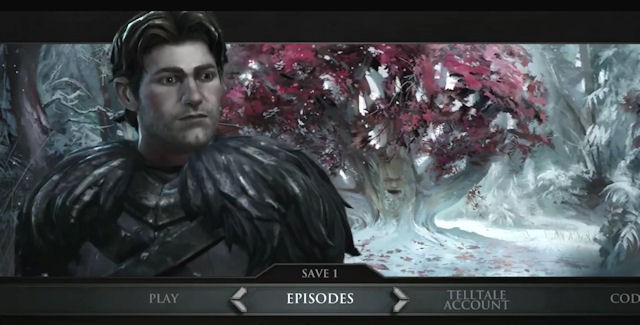 What is the Telltale Game of Thrones Episode 6 release date? Telltale Games has promised that during Season 1 you can expect a new downloadable episode every 5 to 8 weeks. As such, Episode 6 (titled “The Ice Dragon”) will be released on November 17, 2015. – All platform release dates have been confirmed and are listed below!

I guess the Episode 6 trailer omission may have been done to keep tensions high or it’s simply because Episode 6 wasn’t far enough along yet.

Here’s the Telltale Game of Thrones game image gallery.
Click on any of these image thumbnails to see the full-size Forrester family photos: 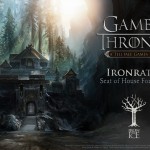 House Forrester is found in the north of Westeros, in a fortress called Ironrath, where the family controls the valuable Ironwood forest 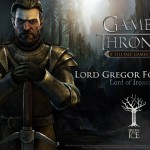 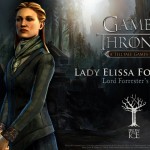 Lady Elissa Forrester is the matriarch of House Forrester that vows to prevent the destruction of her family as had fallen to her birth family, House Branfeld 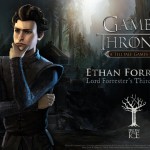 Ethan Forrester is Talia’s twin, the third-born son, and an academic who is drawn into the War of the Five Kings 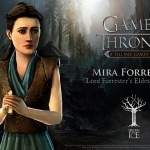 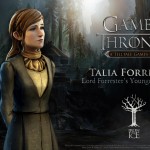 Talia Forrester is the second-eldest daughter, who is gifted with a talented voice 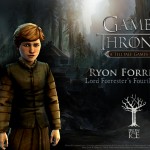 Ryon Forrester is the youngest son of the House 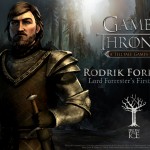 Rodrik Forrester is the first-born son of the House and its heir, with a prominent military background 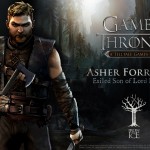 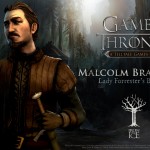 Malcolm Branfeld is brother of Lady Forrester and, with her, the only surviving members of House Branfeld 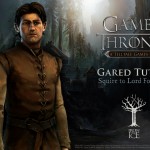 Gared Tuttle is squire to Lord Forrester and nephew to Duncan 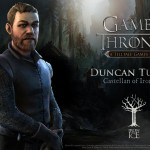 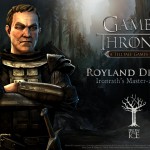 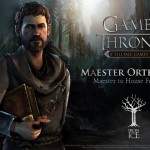 
Episode 6 Synopsis Hints: These achievement / trophy names hint at the events that will happen in the next episode…

The Episode names hint at the overarching story themes:

Season 1 Info: There are six episodes in total in the first season of the game — keep in mind a second season hasn’t been confirmed, they are just called seasons like a set of TV show episodes are. However, the official announcement indicates we can look forward to many seasons! To quote: “Telltale Games and HBO® announce Partnership to Create Games based on Game of Thrones®. 2012 Studio of the Year and HBO Global Licensing in multi-year, multi-title partnership to Create Games Based on Emmy® Award-Winning Television Series.”

Throughout the first season you will control five characters affiliated with House Forrester of Ironrath, a house of the wolfswood in the north of Westeros. Other locations in the game will include The Wall and King’s Landing.

Forrester History: “The Forresters are seated at Ironrath, an imposing stronghold surrounded by towering ironwood trees. Built over fifteen hundred years ago by Cedric Forrester and his triplet sons, Ironrath is a testament to the strength and endurance of Ironwood. The Forrester house words are ‘Iron from Ice’, which echoes their belief that – like the ironwood itself – the adverse conditions and unforgiving landscape of the North only makes them stronger.

Ironrath sits on the edge of the largest ironwood forest in Westeros, which has proven to be a strategic advantage for the House. The trees are a valuable commodity; many of the best weapons, ships, and defensive structures include the use of ironwood. House Forrester controls the majority of the ironwood forests in the Wolfswood, much to the chagrin of their bitter rivals, House Whitehill.

Although the Forresters have not appeared in HBO’s TV show, they are canon to the world created by George R. R. Martin, having appeared in the book ‘A Dance with Dragons’.

Here’s an old interview with the founders of Telltale Games about Game of Thrones:

House Forrester has quickly gotten caught up in the events of The War of the Five Kings. In each episode they are placed in a precarious position where members of the household must do everything they can to prevent the house from meeting its doom.

Update September 16: While Telltale hasn’t confirmed the release dates for all platforms yet. They did mention that the final episode of the Game of Thrones season is still under development. To quote…

“And one quick note for those looking forward to the season finales of Tales from the Borderlands and Game of Thrones – they are shaping up to be two of our most ambitious finales yet! Look out for more news on those coming out soon.”

Update October 7: Telltale keep hinting that after Minecraft: Store Mode’s first episode comes out on October 13, that we’ll be seeing a lot more Telltale for the month. Clearly suggesting the season finales of Telltale’s Game of Thrones or Tales from the Borderlands will be released on either the 20th or 27th of October. Stay tuned!

Update October 8: Telltale has announced the release date for the Tales from the Borderlands season finale in the week of October 20th, 2015. Meaning if the October hints ring true, Telltale’s Game of Thrones season finale will be out a week later on October 27th, 2015!

Update October 8: Telltale has announced the release date for the Game of Thrones finale falls in the week of November 17th, 2015.

In Episode 6’s first video, the stars of the critically-acclaimed HBO TV show explain why you should get on board! Emilia Clarke (Daenerys Targaryen), Natalie Dormer (Margaery Tyrell), and Iwan Rheon (Ramsay Snow) all appear in-game as their characters from the TV series.

The description reads: “Your story is about to come to an epic conclusion. With House Whitehill tightening its grip on Ironrath at the behest of Ramsay Bolton, the remaining Forresters must give their all to save the family, whether through diplomacy, subterfuge, or violent force. In the frozen wilds beyond The Wall, Gared learns the secrets of the mysterious North Grove, and Mira discovers that political games in a King’s Landing controlled by Cersei Lannister often involve the highest stakes of all.

What is the fate of House Forrester? When you play the Game of Thrones, you win or you die. Your choices, your story: you decide.”

What do you think will happen on the next episodes of Telltale’s Game of Thrones?