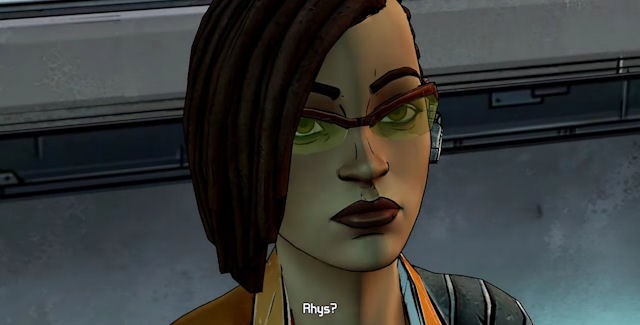 What is the Tales from the Borderlands Episode 4 release date? Telltale Games has promised that during Season 1 you can expect a new downloadable episode every 5 to 8 weeks, yet the prior 2 episodes took over 3 months (14 to 16 weeks) to arrive. So we can expect Episode 4 — titled “Escape Plan Bravo” — to arrive August 18, 2015 (if we’re lucky) . – This has been confirmed, read the full release list below!

Episode 4 Synopsis: “[Unconfirmed as of yet.]”

The Episode 4 chapter names hint at what events to expect:
• Chapter 1: Ain’t Got Time To Bleed
• Chapter 2: Alive And Not Afraid
• Chapter 3: Ain’t My First Rodeo
• Chapter 4: It’s Not The Years, It’s The Mileage
• Chapter 5: Light This Candle
• Chapter 6: No Matter Where You Go…
• Chapter 7: …There You Are

These Episode names may hint at overarching story themes:
• Episode 4: Escape Plan Bravo
• Episode 5: The Vault of the Traveler

All-new screenshots from 'Tales from the @Borderlands' Ep 4 – 'ESCAPE PLAN BRAVO', available from 8/18 (Set 1 of 2) pic.twitter.com/kg5hWTrxpd

Episode 4 Synopsis: “In this penultimate episode of the season, captured by Vallory and her goons, Rhys and Fiona are forced to continue the search for the Vault beacon – at gunpoint. The beacon is on the Hyperion moon base – Helios – while our heroes are on Pandora… so there’s the pesky cold void of death known as ‘space’ to overcome. Even with assistance from a familiar face, and with a worryingly helpful Handsome Jack hitching a ride in Rhys’ head, getting on board the ominous ‘H’ is going to take every drop of guile, and quite possibly all the spunk you’ve got.

There is ONE last thing we can tell you about this episode… sacrifices will need to be made. Can you make the tough choices required to succeed?”