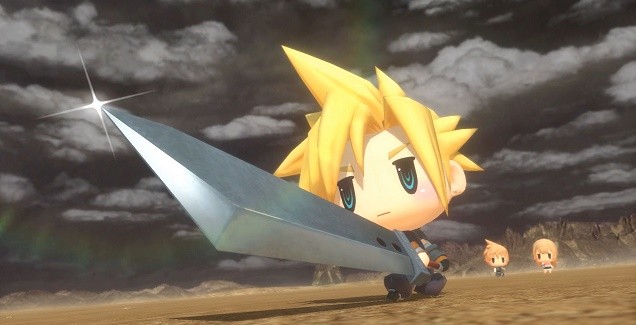 Check out the debut trailer for World of Final Fantasy.

World of Final Fantasy was dismissed by many who saw it due to it’s very kiddy graphical style. They assumed it must be a free-to-play title that takes after mobile games, or a game made exclusively for kids.

Chiba says that a deep storyline is the aim of World of Final Fantasy, with a plot that involves two twins who get sucked into a world called “Gimoire”, where the monsters, locations, characters & stories that fans know & love from the Final Fantasy universe, exist.

While a full-on Final Fantasy experience is the aim, the goal of World of Final Fantasy is to appeal to both young & old alike, and to reach younger gamers who did not grow up with past Final Fantasy games and to whom all these characters, worlds & monsters are new.

To that end, World of Final Fantasy not only offers a new kid-friendly art-style, but it also will feature a Pokemon-style Monster Catching & Raising element.

Check out the actual announcement of World of Final Fantasy at Sony’s E3 2015 Press Conference in this video.

And as the trailer reveals, you will interact with locations, characters & monsters from throughout the Final Fantasy pantheon, as you can see with Chibi-Cloud from the trailer. These characters will have their own sidequests and plots to unravel as you play (one of the locations you’ll visit is Corneria Castle from Final Fantasy I).

The game will be turn-based, with the ATB (Active Time Battle) Mechanic from old Final Fantasy games making a return. Characters will be able to switch between small & big forms; which changes both how you battle and how you can explore the world. The ATB element has been upgraded to make it more modern, and Monsters you capture can be ridden, including Behemoth & Iron Giant, during Battle, which opens up new elements of strategy & tactics. 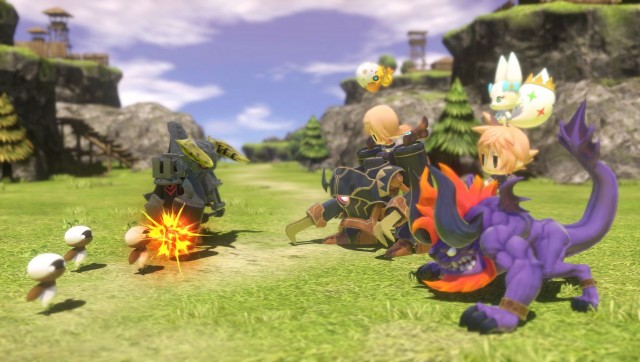 I always love to see new interpretations of a universe that I adore, so I’m very excited about World of Final Fantasy and seeing where they take the game and how it compares to other titles.

So with all of this, I can definitely give Square Enix a lot of slack and leeway to explore something new.

Personally I’m looking forward to World of Final Fantasy! Especially given the comments of Chiba above!

Do you think World of Final Fantasy will be a fun new title?

Here’s the World of Final Fantasy image gallery.
Click on any of these image thumbnails to see the full-size photos: 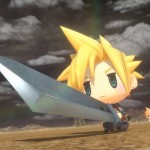 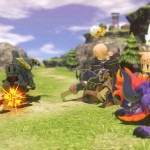