Sea of Thieves was announced for Xbox One & PC at Microsoft’s E3 2015 Press Conference, and is an all-new IP for the storied UK studio Rare.

Check out the reveal trailer for Sea of Thieves.

Sea of Thieves has no official information, but it looks like it will be an MMO with online multiplayer elements. Players can seemingly explore a dense, forest island with their friends as part of a group, seek out treasure, battle enemies, explore shadowed woods with the help of a lantern (all shown from first-person) and then, as the title suggests, ride the seas in a boat!

The boat gameplay has players manning different parts of their ship (it looks like each player has a different job to do) and then attacking rival boats manned by other players. Rare promises this is the most ambitious game they’ve yet made, and this trailer is in-engine and will reflect what actual gameplay looks like.

How all of it will work isn’t known, but player’s online names are shown above their avatars, suggesting it may be a full-on MMO, perhaps with cross-platform support since it is coming to both PC and Xbox One.

At one point the players even force another to walk the plank into the shark-filled waters off the ship!

Check out the actual announcement of Sea of Thieves from Microsoft’s Press Conference in this video.

Many have suggested that Sea of Thieves may be a revival of “Project Dream”, which oldschool Rare fans may recall. Project Dream was the original Banjo-Kazooie 1995 prototype for Super NES & N64.

Project Dream had players using a wooden sword as main character “Edison” and fighting against pirates lead by “Captain Blackeye”. Banjo was a side-character. Eventually development was moved from SNES to N64, Edison was removed & replaced by Banjo and the game dropped the pirate theme and evolved into what we know as Banjo-Kazooie.

Many characters from Project Dream would be referenced or make an appearance in Banjo-Kazooie & Banjo-Tooie (both games which you can play for Xbox One in the Rare Replay collection), including Captain Blackeye. So it sounds like Rare may have returned to many of these elements & characters for this pirate-themed adventure that they’ve always wanted to make, now called Sea of Thieves! 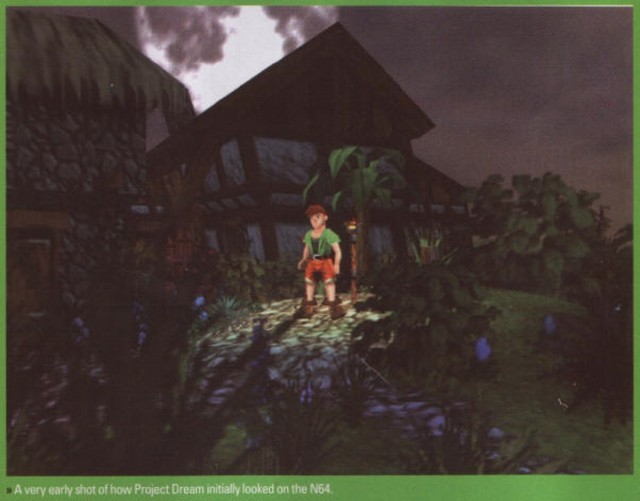 I’m definitely excited by the prospect of Sea of Thieves. That Pirate Ship gameplay looked absolutely fantastic, and the music & visuals have that Banjo-Kazooie, Rareware feeling that only they seem to be able to nail.

However, the MMO/Multiplayer focus is off-putting for me as I don’t do multiplayer, much less online, games.

I hope this game contains a substantial single-player adventure as well, to go along with the online stuff. I wonder if you will be able to pilot a ship by yourself, or if it will require a group….

Are you excited about Rare’s new IP, Sea of Thieves?