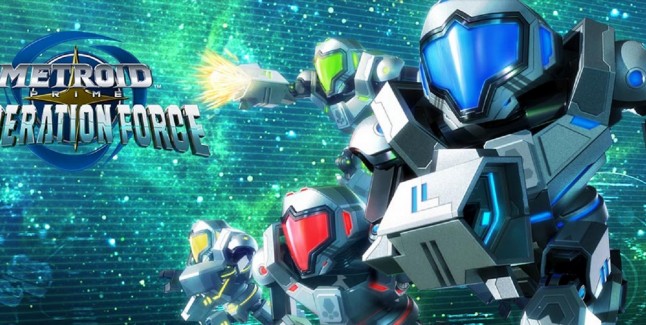 Metroid Prime: Federation Force has been announced by Nintendo as a multiplayer-focused First-Person Shooter that also includes a 3-vs-3 “Blast Ball” multiplayer mode as well as 4-Player Co-Op Missions (online or local) set in the Metroid Prime universe. Samus will make an appearance and the game WILL have a single-player mode.

Conquer Co-Op Missions in the Metroid Prime Universe
Join a four-player local or online squad in this co-operative sci-fi shooter set in the Metroid Prime universe. Hop in a specialized battle Mech suit and work with your teammates to take down enemy forces and complete objective-based missions. Then, take a break and play a fun, pick-up game of Blast Ball with fellow troops.

* Up to 4 players take on a variety of co-op missions in this first-person, sci-fi shooter set in the Metroid universe.

* Work together as a team to clear out enemy-infested bases and complete objective-based mission.

* Take on enemies with a blaster and special sub-weapons.

* Join a pick-up game of Blast Ball, a 3-on-3 sci-fi sport in the Metroid universe where players shoot the ball into the opponent’s goal to score. 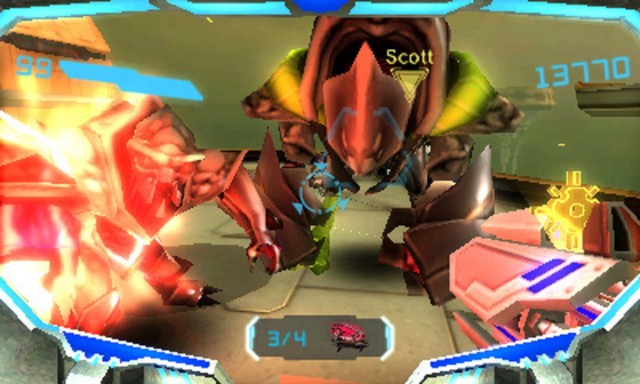 The idea for Federation Force has been around since the early 2000s, when Tanabe wanted to make a game set from the perspective of the “The Galactic Federation”, as mentioned in the instruction book stories for the original NES Metroid, Game Boy’s Metroid 2: Return of Samus & Super Metroid for SNES.

Later, in 2007, a whole new set of Bounty Hunters would also be introduced (Rundas, Ghor & Gandrayda) in Metroid Prime 3: Corruption and play a huge role in the game’s story.

Even so, no game has yet to have the Federation Force as the star of the game until now.

“Personally, I don’t feel like I am creating anything that is a side-story. Until now, we’ve never had a game focusing on the Federation Force fighting against the space pirates.” – Producer Kensuke Tanabe

This expanded universe is what the developers want to explore in Metroid Prime: Federation Force; although it sounds like “nameless Federation Soldiers” will be the focus instead of named Bounty Hunters.

Check out nearly half an hour of gameplay footage of Metroid Prime: Federation Force in this Day 3 Treehouse Live E3 2015 video coverage, where you see gameplay that finally begins to resemble what we desire from Metroid!

We know nothing about the story so far, but it sounds like it may go deeper than gamers, and Samus fans, have initially concluded.

“Personally, I don’t feel like I am creating anything that is a side-story. Until now, we’ve never had a game focusing on the Federation Force fighting against the space pirates. So the main idea here is that I sort of wanted to change that focus a little bit and see it from a different view from the same universe.”

Here’s the Metroid Prime: Federation Force image gallery.
Click on any of these image thumbnails to see the full-size photos: 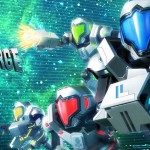 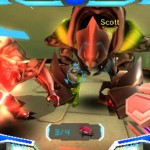 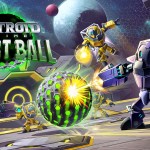 Blast Ball looks like a heck of a lot of fun. Metroid? No. 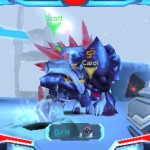 Combat may be good. 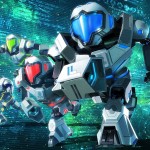 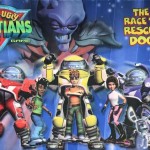 Did this inspire these nameless Federation Soldiers?


He continued: “So as I briefly mentioned earlier, once you play the game you’ll be able to feel that Metroid Prime universe. So it’s kind of… at this point it’s a little difficult I’m sure for both sides to get that idea… for players who haven’t touched the game, it’s really difficult to imagine that feeling you get when you touch the game. So it’s a kind of an unfortunate situation at this time, but it’s something I definitely look forward to having the users touch it and play and experience the awesomeness of it.” – Kensuke Tanabe told Kotaku

Other features of Metroid Prime: Federation Force were also revealed: (via Gamenesia)

* Metroid Prime: Federation Force will feature three different planets, each with about 10 missions for players to take on alone or with up to four players in co-op.

* Blast Ball will serve as the game’s competitive multiplayer, and Tanabe also believes it serves the role of a tutorial to familiarize players with the controls.

* You can use the C-stick on the New 3DS to control the camera, but the game is also playable on the normal 3DS.

* While the game is more focused on action, there will be some areas for players to explore a bit, although there is no scanning visor.

* Players can outfit their mechs with different equipment to serve different roles in co-op, such as repair capsules for a healing role, or super missiles for a more offensive position.

* There will be a mission involving Metroids, and Samus herself will make an appearance somewhere in the game.

* Tanabe hinted that Sylux, a bounty hunter from Metroid Prime: Hunters, could return in the future, although this was not in reference to Federation Force in particular or an all-new game like a “Metroid Prime 4“. 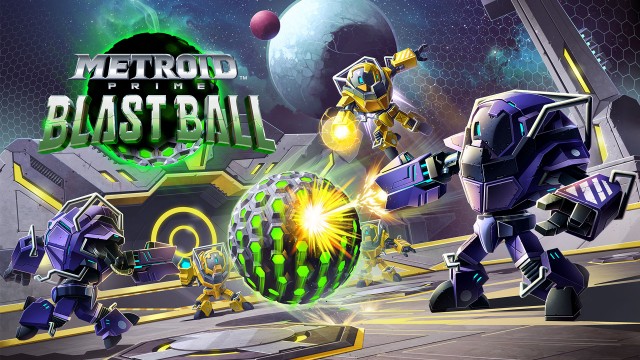 At first glance, Metroid Prime: Federation Force is a huge insult to all Metroid fans.

Metroid is NOT Halo and should not turn into Halo. Yet it has been pulled in that direction by the way Nintendo has sought to “expand” the greater universe in games like Metroid Prime 1-3 and Metroid: Other M.

While all of the above games were great, and all of them were able to, in general, capture what has always made Metroid so great; the latter two began to deviate a bit from the formula with an even bigger focus on extracurricular characters.

Metroid is about Samus. It should be entirely focused on her. NO ONE CARES about these other characters that have been added to try and expand the universe and no one will care as much as Nintendo tries to push this element.

What Metroid fans desire and crave, is what we saw in the original Metroid, Super Metroid, and Metroid Prime. Metroid revolves around Samus, but with a focus on exploration, ambiance, and a slight feeling of eerie dread as you explore complicated environments.

This is a winning concept that a game like Federation Force drags through the mud with it’s generic, faceless Chibi characters…

Thankfully, this is a spin-off title, no matter how Nintendo tries to convey it, and is not a true Metroid game. 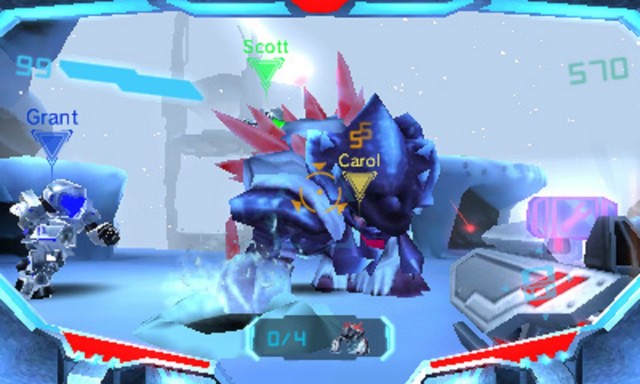 Thank God. While it is okay to do some experimentation (Metroid Prime Hunters, Metroid Prime Pinball); Nintendo needs to realize that giving us a game like this WITHOUT announcing the next proper Metroid, whether it is a 2D game (I PRAY!) or a polygonal 3D game, is insulting to the fans that have made Metroid into what it is… Nintendo’s third most beloved character-driven series (behind Mario & Zelda).

In that way, revealing this game’s existence was a mistake. Although I feel that Nintendo is trying to use this to tide us over until the next real Metroid game, which the Metroid developers have stated has been moved to Nintendo’s upcoming NX system (which will be announced next year) and NOT Wii U. This means we have a long wait ahead of us….

Hopefully it will all be worth it. As Metroid Prime: Federation Force looks like a generic mobile shooter that has the Metroid name slapped on it…. And is offensive to me as a Metroid fan who considers the Metroid series to be his favorite among ALL franchises in the videogame universe.

Having said that, I’m going to wait until I see the finished product before completely dismissing Metroid Prime: Federation Force. At the very least, the gameplay DOES look fun. And reading that interview with the producer has given me some light of hope. But this is not the game that, or anyone else, wants.

What was your reaction to Metroid Prime: Federation Force? 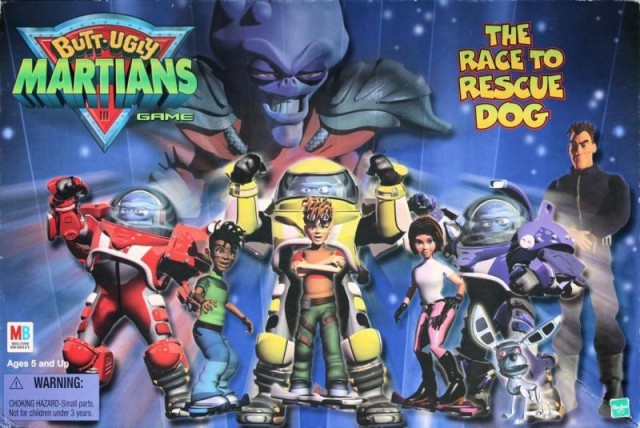 Did this inspire these nameless Federation Soldiers?

“Quintan” over at “Gamenesia” pointed out that Metroid Prime: Federation Force looks to be inspired by the “Butt Ugly Martians” cartoon property which aired on Nickelodeon in the USA in 2001 and 2002 & was made into a line of toys & videogames.

…. Looks like he could have a point, eh? Hideous. Come on Nintendo. YOU CAN DO BETTER THAN THIS!