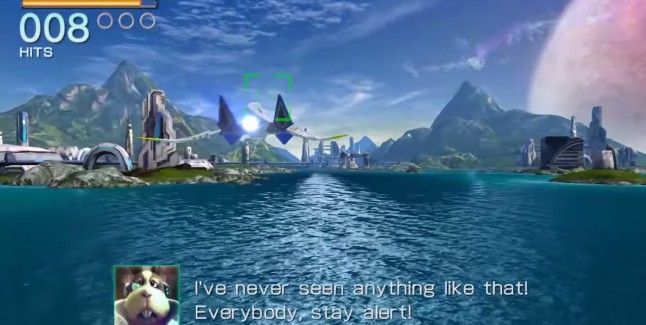 The Making of Star Fox & Star Fox Zero for Wii U with Shigeru Miyamoto in this behind-the-scenes documentary was explored at Nintendo’s E3 2015 Press Conference Digital Event.

Check out this Star Fox Making of Documentary with Shigeru Miyamoto.

In this video Nintendo fans got a really cool & rare behind-the-scenes look at Miyamoto visiting a Japanese-shrine, and talking about his inspiration behind the original 1993 Star Fox for SNES & the upcoming Wii U version.

Shigeru Miyamoto takes us into how Starfox got it’s genesis, such as the fact that he loved to draw animals as a child… And that was the inspiration behind Fox, Falco, Slippy & Pepper, as well as the rest of the animal team as seen Star Fox 64 and the rest of the games.

Check out nearly 30 minutes of Star Fox Zero gameplay along with Miyamoto’s commentary in this E3 2015 video.

Other fun details are also revealed, like the fact that the gameplay in Starfox came from the idea of hunching low to get under an arch… That’s the feel he wanted to capture in Star Fox.

Watch the documentary above to discover why Miyamoto named the newest Wii U entry “Star Fox Zero” and lots of other cool details.