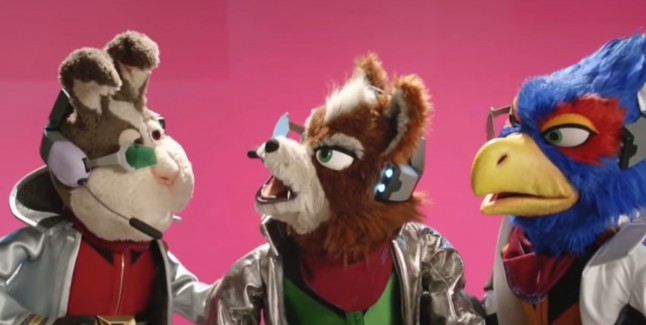 Star Fox Zero was officially announced at Nintendo’s Digital Event during E3 2015; and will be the final name of the all-new Wii U Star Fox title! And it looks absolutely incredible.

Was that Muppet Intro amazing or what?!

As you can see, Star Fox is truly back with Star Fox Zero! Nintendo has gone back to the basics and to the roots that made the 1993 original Star Fox and the 1997 sequel, Star Fox 64, so memorable, interesting & fun.

What immediatly stands out is how much punch everything has in the game. It just “feels” cool! And Nintendo greatly expanded the environments to give it a true “Star Wars” feel. All of the characters you know & love return, and you now have more control over your ship than ever before. With the ability to instantly transform into different vehicles including the Landmaster Tank, a hovering Gyrocopter, and the all-new Star Fox Walker! Which you can morph into at the push of a button & then change back again in an instant!

The Walker vehicle is actually taken from the cancelled SNES sequel, Star Fox 2 (which is available & playable on the Internet in ROM form); which is really cool that they were able to bring it back for the Wii U version.

The GamePad allows for an innovative method of control. You can use the Sticks to transform & perform aerial moves, but you can use the GamePad to look through your cockpit view, while also having the third-person view on the TV. This Dual-Screen Experience gives you more control than ever before, because you can now fly in one direction while looking with precision in another, such as shooting downward while the view on the TV is focused above.

All in all, Star Fox Zero looks absolutely awesome. It is being co-developed by Platinum Games, including the creator of Bayonetta! In concert with Shigeru Miyamoto and the team at Nintendo, Star Fox Zero is definitely in good hands. It’s interesting to note that back in 2010 we reported that Platinum Games begged Nintendo to make Star Fox Wii! 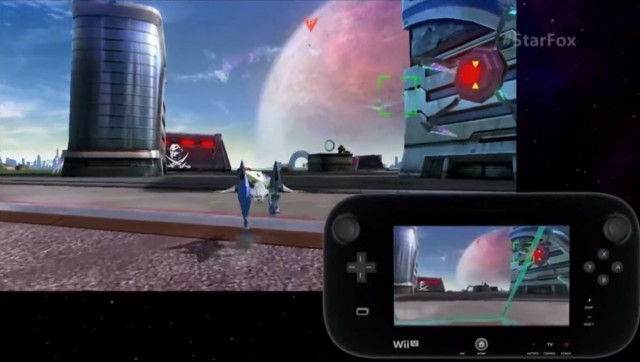 Now for some fun tidbits of Star Fox history.

Miyamoto came up with the concept of animals because he liked to draw animal caricatures as a child. And he revealed that the whole idea of Star Fox’s gameplay & feel was inspired by the concept of arches, and how a person naturally hunches and lowers themselves to get under an arch. That was the concept that he wanted to capture when making the original SNES Star Fox, and is why you constantly have to fly low to swoop under an arch.

Slippy is Miyamoto’s favorite Star Fox character by the way, and he’ll have a much bigger role to play in Star Fox Zero.

It’s interesting to note that so many other developers have never been able to recapture that magic and bliss that the original Star Fox & Star Fox 64 had. Including in games like Star Fox Command for DS by Q Games, Star Fox Assault for GameCube by Namco, and Star Fox Adventures by Rare for GameCube.

Once again, it has taken Nintendo & Miyamoto’s special blend of magic to put Star Fox back on the map!

Star Fox Zero will be available this holiday 2015.