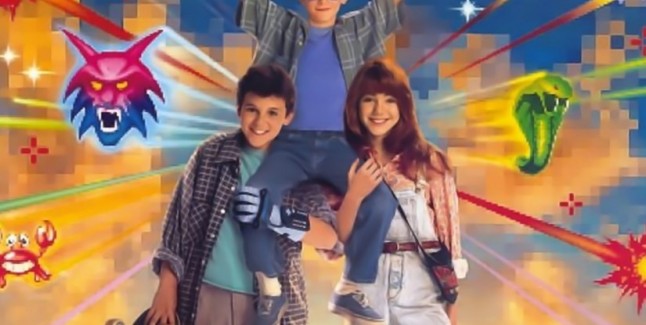 Check out this hilarious announcement trailer for the Nintendo World Championships 2015 starring Reggie!

To watch the tournament live, be sure to check it out at the Official Nintendo World Championships 2015 Website!

SYNOPSIS
Join a worldwide audience by watching the Nintendo World Championships 2015 on Sunday, June 14th. The tournament will stream live from Los Angeles, starting at 3 p.m. PT, with pre-show broadcasts kicking off the day’s activities.

While the full lineup of games won’t be unveiled until the big event, hopeful contestants can prepare to compete in the original The Legend of Zelda NES game, as well as a mix of other modern and classic Nintendo games (Including the first official Splatoon tournament!).

New details Announced – Find out who’s hosting NWC 2015, along with special commentators and eight invited competitors in this video.

How to see the Nintendo World Championships 2015 tournament in person:

If you are in the Los Angeles area on Sunday, June 14, head to L.A. LIVE (777 Chick Hearn Ct, Los Angeles) for a chance to watch the Nintendo World Championships 2015 in person. Free tickets will be available on a first-come, first-served basis, while supplies last, so get there early – wristband distribution begins at 9:30 a.m. PT.

@TheFredSavage – “Ok, so where are these Nintendo championships being held and how the hell do I get there??”

And in other news, something really surreal has happened… Fred Savage, child star of the Super Mario Bros. 3 commercial turned film, the 1989 cult-classic “The Wizard” (“I love the Power Glove… It’s so bad.”), and the current real-life Director of Phil of the Future on Disney Channel (as well as episodes of That’s So Raven, Wizards of Waverly Place, Hannah Montana, Drake & Josh, Boy Meets World & Ned’s Declassified)… made waves with this tweet.

@TheFredSavage – “Ok, so where are these Nintendo championships being held and how the hell do I get there??”

That’s right. Fred Savage himself, the boyhood hero of The Wizard, appealed to Nintendo to be included in the Nintendo World Championships 2015! Will he actually be there?!?!

I guess we’ll have to wait until later today to find out!

The return of the Nintendo World Championships is truly an absolutely ingenious idea on Nintendo’s part, and follows-up last year’s E3 2014 Super Smash Bros. Wii U tournament nicely, while building on that concept, taking it to the next level, and playing the nostalgia card all at once!

Granted, many of Nintendo’s biggest fans are going to be too young to remember the original Nintendo World Championship in 1990, myself including (I was just a wee lad); but those who do remember the late 80s/early 90s are definitely going to be in for an awesome treat.

Along with the rest of the gaming world.

How excited are you for the return of the Nintendo World Championships?

Tags: Splatoon, The Legend of Zelda