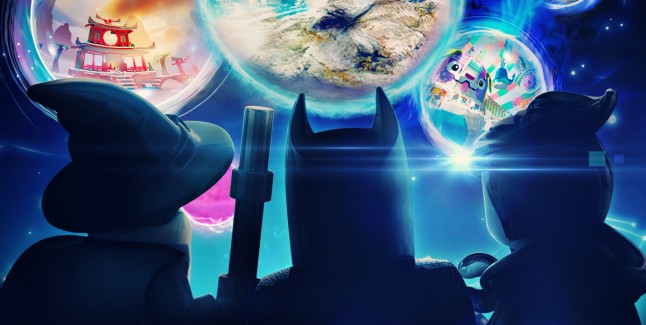 Lego Dimensions is the upcoming Traveler’s Tales-developed Toys to Life entry for publisher Warner Bros.; who will enter the bustling genre already occupied by Disney (Disney Infinity 3.0), Activision (Skylanders: Swap Force) and Nintendo (Amiibo), by attempting to crowd one of them out with the power of Lego and a diverse portfolio of beloved, well-known TV & movie properties!

Like with the above titles, fans will be urged to purchase a plethora of new Lego Toys which they can then bring into the game.

Check out this absolutely must-watch Lego Dimensions commercial where none other than Christopher Lloyd himself steps back into the shoes of The Doc from Back to the Future to reprise his role for Lego Dimensions!

These new properties join the previously announced Lego Ninjago, DC Comics, The Lord of the Rings, The Lego Movie, Lego Chima and The Wizard of Oz.

Bringing the total number of Lego Dimensions properties to 11.

NOT BAD. NOT BAD AT ALL!

Here is what to watch for so you know which of the Lego Dimensions Packs you will be expected to purchase for your kids (or heck, for yourself!)

LEVEL PACKS
Like other Toy to Life games, separate Level Packs will be available to purchase. They will give you a new physical Lego Minifig toy, plus a vehicle or gadget and a new level to play through starring the new character from the respective property. 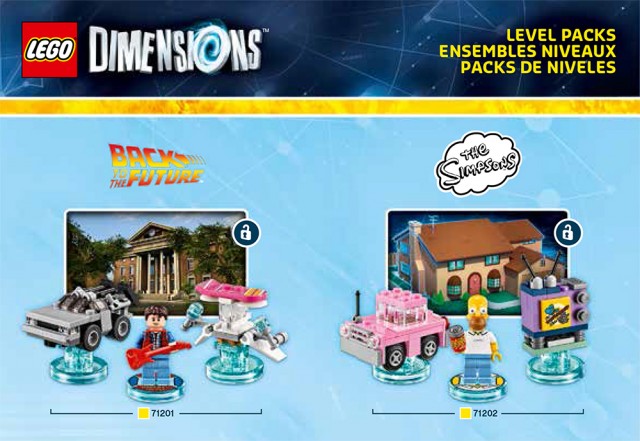 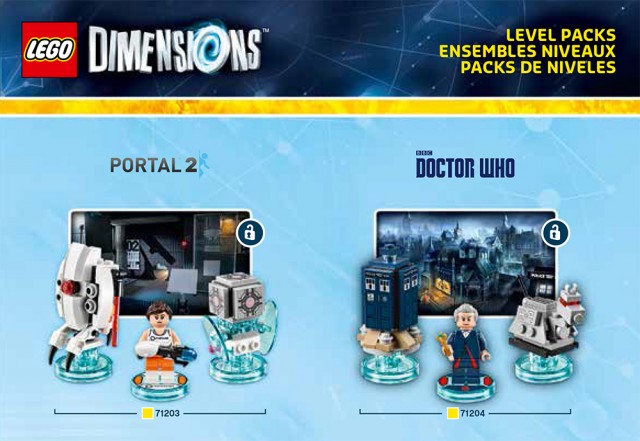 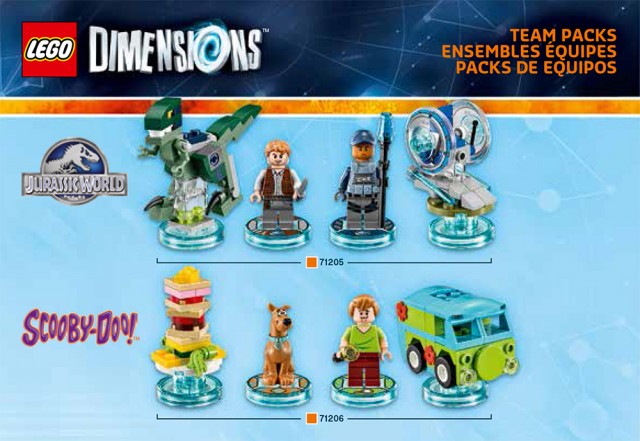 Check out this hilarious & awesome debut trailer for Lego Dimensions; where you get to see Batman fight alongside Gandalf!

TEAM PACKS
Just like the Level Packs, except without the new levels. They include new characters with unique abilities & new vehicles or gadgets to add to your collection and bring into the game.

FUN PACKS
These contain additional characters or vehicles/gadgets for purchase.

Here’s the Lego Dimensions image gallery.
Click on any of these image thumbnails to see the full-size photos: 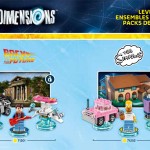 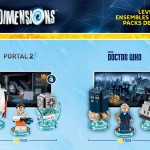 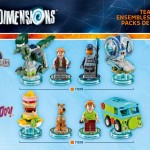 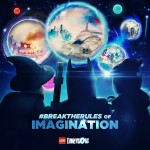 I wonder if Lego Dimensions will successfully be able to crowd out one of the other Toy to Life franchises (Nintendo’s Amiibo, Activision’s Skylanders or Disney Infinity).

If I had to bet, I’d say that Skylanders is the most likely to get crowded out.

That’s because three IS a crowd. Therefore, I don’t know if all of them can be successful at once.

There’s tons of Skylanders fans, sure, but can Skylanders really compete with Lego & these new properties PLUS Star Wars, Marvel & Disney?

I guess Nintendo kinda doesn’t count, they are a bit different. So maybe all three CAN be successful (four if you count Nintendo).

Either way, Lego Dimensions is such a perfect fit for an entry into the space. It’s amazing how it came about. I can’t believe they got Lloyd to do that commercial (Well I can, it IS Warner Bros. after all). Absolutely hilarious, and the new properties will definitely add some diversity to their lineup.

Which are you most looking forward to in Lego Dimensions? Doctor Who? Jurassic World? Portal 2? The Simpsons or Scooby Doo?