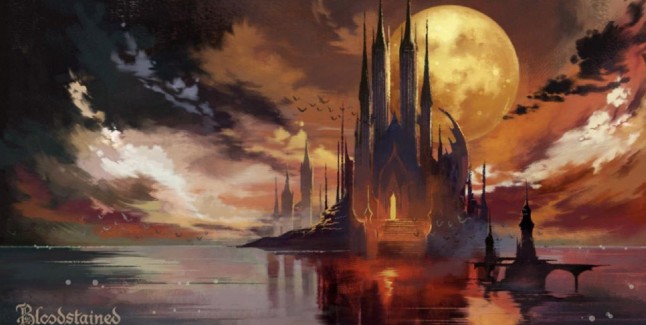 Bloodstained: Ritual of the Night is coming to PS4, Xbox One, Wii U, PS Vita, Steam (PC, Mac, Linux) and GOG.com; as this latest side-scrolling Action Adventure from Castlevania creator Koji Igarashi surpassed $5.5 million dollars raised via Kickstarter, becoming the most-funded videogame Kickstarter Project of all time, with over 65,000 people contributing to make the game a reality!

Check out the Kickstarter pitch for Bloodstained: Ritual of the Night.

Synopsis
You are Miriam, an orphan scarred by an alchemist curse which slowly crystallizes your skin. You must battle your way through a demon-filled castle summoned by Gebel, your old friend whose body has become more crystal than flesh.

“Iga here. Many years have passed, but it’s finally time we meet again. With your help, I hope to create a new game built on the classic gaming principles my works are known for (the Castlevania series). Thank you for your support, I look forward to leading you in my army of the night!” – Koji Igarashi

* An exploration-focused, side-scrolling platformer featuring RPG and crafting elements. Koji Igarashi, the namesake of “Igavania”-style games, is leading the project, with Michiru Yamane composing the music and Inti Creates leading the development.

* For the first time on Kickstarter, backers will have the option to receive physical retail copies for all supported platforms: PC / XB1 / PS4 / Wii U / Vita.

* Exploration: Bloodstained’s story unfolds as you explore Gebel’s hellish castle; a sprawling structure that features a variety of locations. As you explore the massive castle you’ll find warp gates that will allow you to travel quickly without having to backtrack too much.

* RPG Elements: It’s not an Igavania without leveling, and Bloodstained will be no exception. In addition to the classic elements everyone’s come to expect, enemies in Bloodstained will drop a wide variety of items, materials, and magi-crystals necessary to create the items that will get you safely through Gebel’s castle.

* Crafting: As you explore, fight enemies, and complete quests you will gain experience and become more powerful, acquiring a variety of weapons along the way. Enemies will also drop materials you can use to craft new weapons and abilities using Miriam’s training in alchemy.

Here’s the Bloodstained: Ritual of the Night image gallery.
Click on any of these image thumbnails to see the full-size photos: 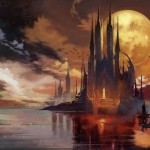 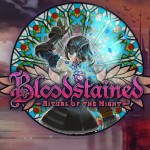 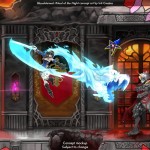 Picked up as an orphan by an Alchemist at a young age, she became a host for the dark Alchemists’ curse. Although the magi-crystals were fused with her body at a young age, for 10 years she lay sleeping while the curse matured to its full form. It was during this period that the demons arrived, meaning that she missed their appearance and awoke with a mild form of amnesia, not quite fully understanding what happened to her.

She is a woman of few words but strong of purpose. Her youth is deceiving, making her seem confrontational and quick to judge, though in reality she is constantly evaluating her next step. The pain she felt as an orphaned child fuels her compassionate desire to protect her loved ones and friends.

Original host for the magi-crystal curse that summons demons to the planet. Gebel (JEE-bill) was the only one to survive its effects at such a high level. He destroyed the guild that created him, but in doing so realized he was no longer human and had no place on Earth. This in turn, lead him to summon the demon castle from hell to appear on the planet.

It is said that his real purpose in summoning the castle was to give Miriam a place of her own, but as his Magi-crystal disease progressed, he soon forgot his own reasoning. The more he surrounded himself with hell-spawn, the quicker the magi-crystals engulfed his body. He continues to plot the downfall of man, and how to best convince (or use) Miriam to achieve his dark ambition.

A member of the defunct Alchemist guild and Gebel’s best friend. Johannes (yo-HAH-nis) was the only Alchemist who dissented with the plan to call demons to the earth to cement Alchemy as the prevalent philosophy. His rejection of the other Alchemists’ scheme is what kept him from sharing their fate. He has a vague understanding that Miriam’s awakening and the demon castle’s appearance are no mere coincidence.

About Koji Igarashi
Known as “IGA” to his fans and considered one of the godfathers of the “-vania” genre (along with Nintendo’s Metroid creator Gunpei Yokoi & Shigeru Miyamoto), Igarashi-san has been designing games since the early nineties. Beginning with his work on Castlevania: Symphony of the Night, a groundbreaking title that’s inspired two generations of game developers since its release in 1997, IGA served as producer & scenario writer for a long series of fan-favorite Castlevania games.

About Michiru Yamane (Music, Sound Producer)
The principle composer for a huge number of Castlevania titles over more than a decade, Yamane has achieved legendary status amongst Iga-vania fans. Since going independent in 2008, she scored the soundtrack for Skullgirls and arranged several tracks for Super Smash Bros. She’s excited to hear the fans’ covers, remixes, and re-arrangements of the first song she’s written for Bloodstained: “Theme of the Bloodstained”.

About Ippo Yamada (Sound Producer/Director, Composer)
One of the cofounders of Inti Creates, Yamada has a long history in composition and sound design for gaming with nearly a dozen Mega Man games to his credit; along with a huge variety of beloved Capcom titles.

About David Hayter (Voice of main character Gebel)
The one & only voice of Metal Gear Solid’s Solid Snake for nearly a decade. We’re thrilled to announce that, if we hit our stretch goal (which we have), we’ll be bringing David Hayter on as the voice of Gebel!

About Robbie Belgrade
Robbie is a musician and voice actor best known, to fans of this campaign, at least, as the voice of Alucard in Castlevania: Symphony of the Night. A multi-instrumentalist and composer, Belgrade will return to videogame voice acting to make a cameo appearance in Bloodstained.

About Ayami Kojima (Artist)
When people think of classic IGA games, three things come to mind: Classic Koji Igarashi design, ominous Michiru Yamane music, and the ornate character designs of Ayami Kojima. She served as designer & illustrator on the vast majority of Ivavania games starting with Castlevania: Symphony of the Night and has committed to illustrate special packaging for Bloodstained.

About Yoshitaka Amano (Artist)
The artist, illustrator and character designer famous among classic videogame fans for his distinctively detailed, filigreed Final Fantasy character designs. Amano will be creating an exclusive poster for $250+ collector’s edition Bloodstained Backer Editions in a sumi-e-style. 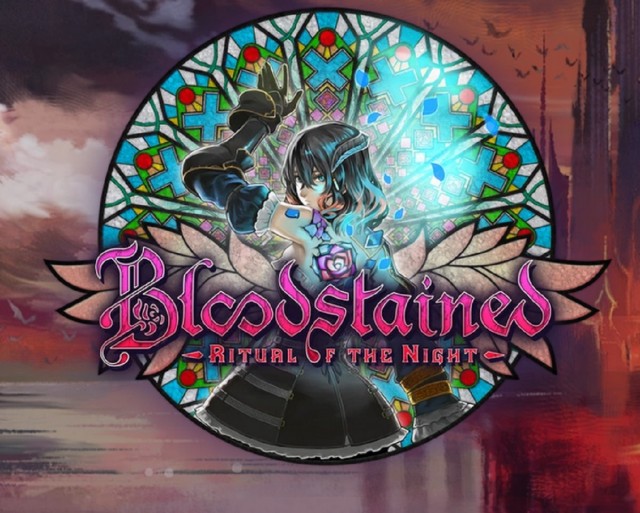 Here is a list of the Features/Stretch-Goals that will be included thanks to Backer Support: 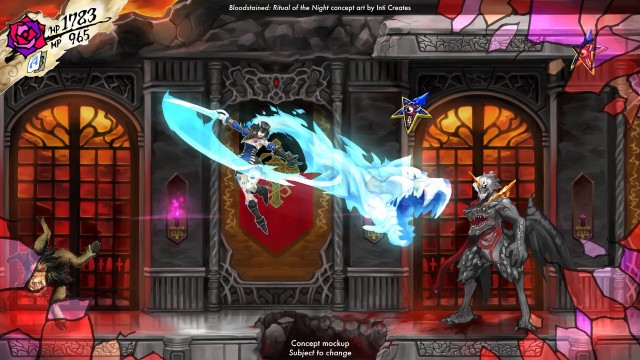 What a future we live in, eh?

Great stuff and I couldn’t be more hyped for this title!

How excited are you about Bloodstained: Ritual of the Night?