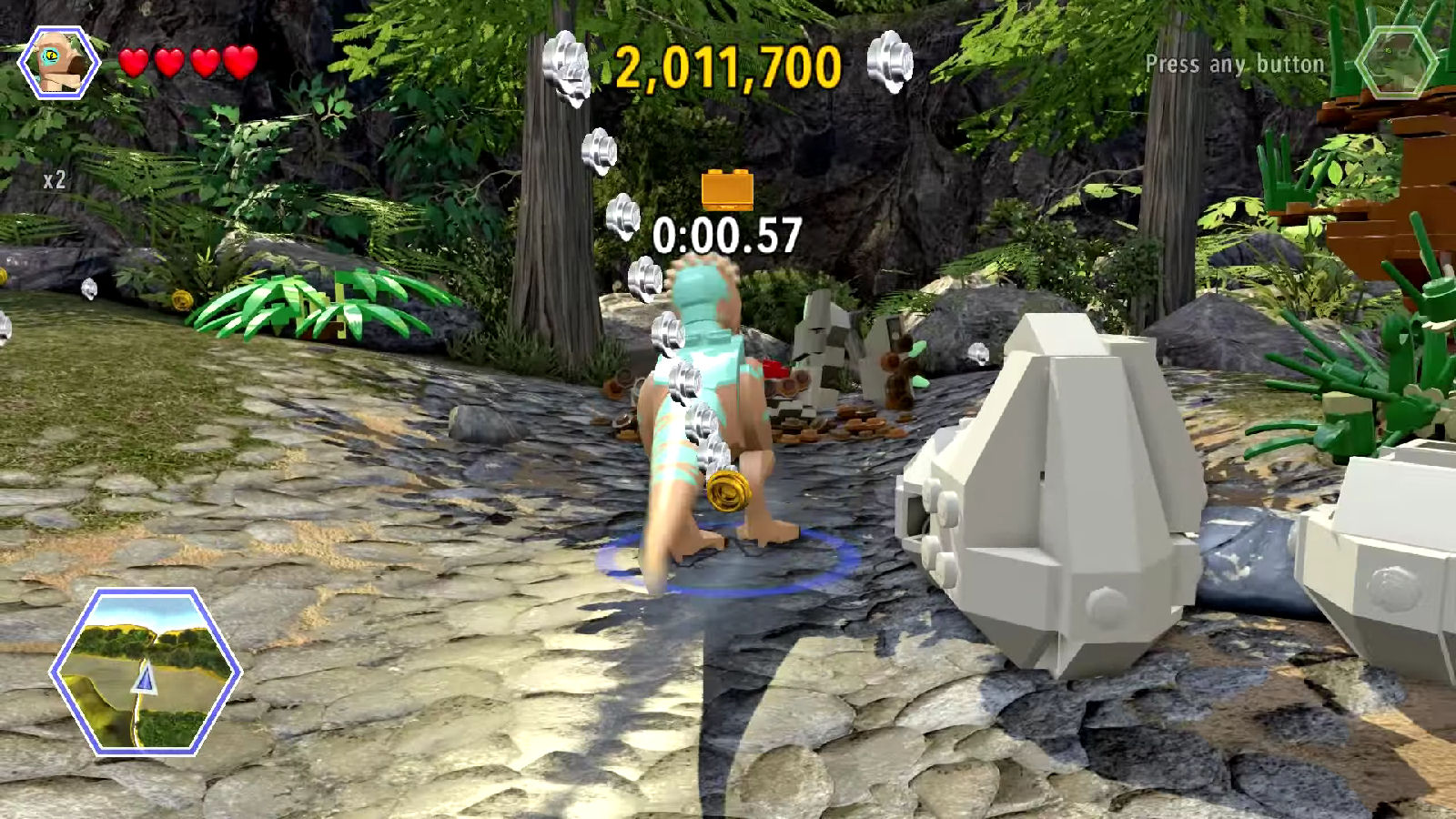 Helium Voices Red Brick Location #20: In the “Jurassic Park 2: The Lost World” HUB’s center, in the Stegosaurus Territory. Switch to the headbutting Pachycephalosaurus to destroy 5 grey cracked walls on a timer. After you press the attack button/key in front of the 1st wall, quickly press & hold the same attack command to run to the next 2 walls & destroy them as you run. Then jump on the rock plateau using the red mushroom launcher to rush to the final 2 walls. The final Red Brick is in the last wall