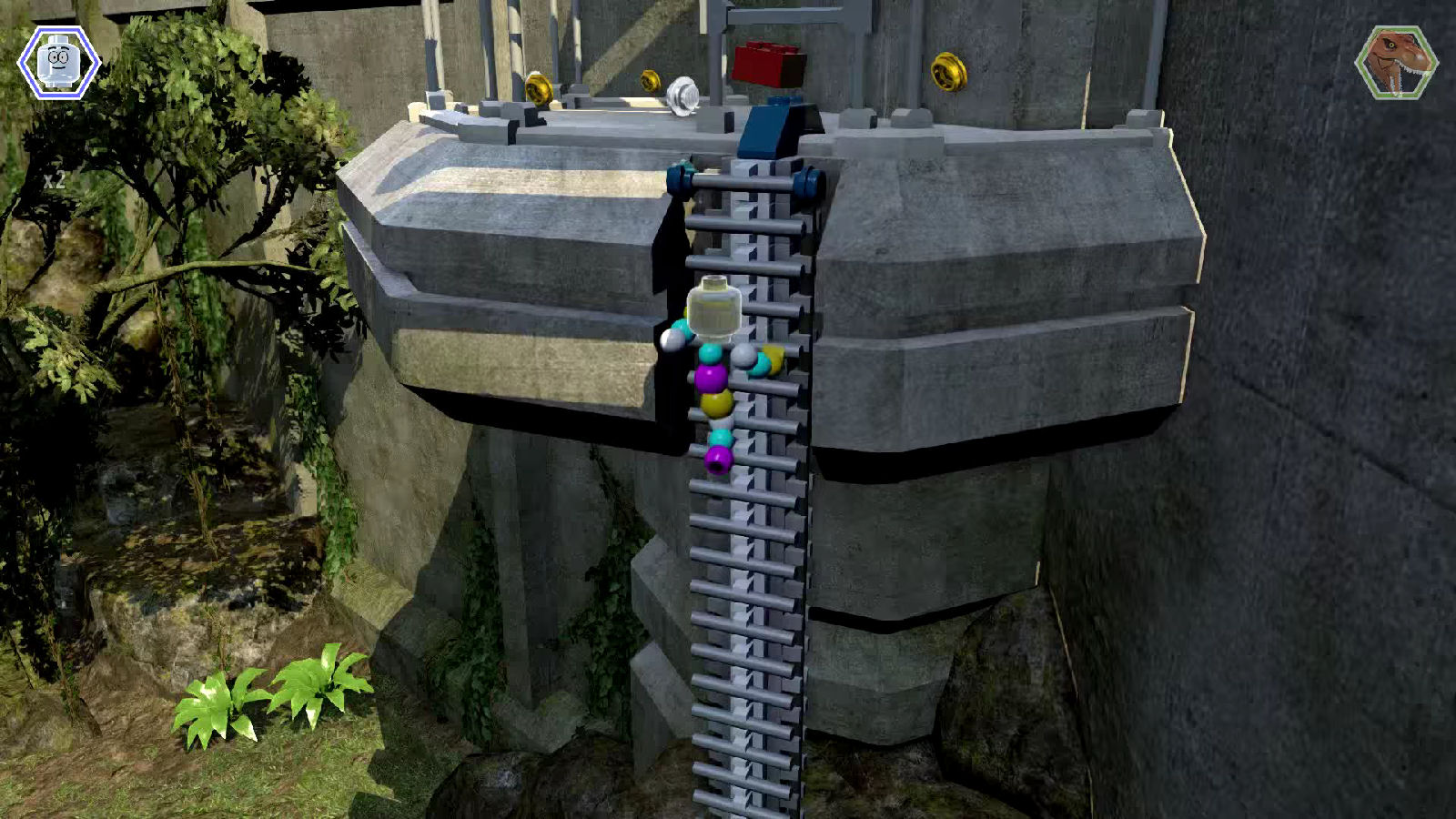 Collect Ghost Studs Red Brick Location #13: In the “Jurassic World” HUB’s middle. From the West Boardwalk go to the T-Rex observatory. Find a blue access panel & enter security code as Claire Dearing or Mr. DNA. Take the elevator down into the arena & switch to Barry to shoot the blue wall-target with his electric rifle to make a T-Rex appear. Go to & switch to the T-Rex to bite through the strength lock near the rocks. As any character jump up the rocks, break the bush to build a trampoline to get to the ladder that leads to the Red Brick