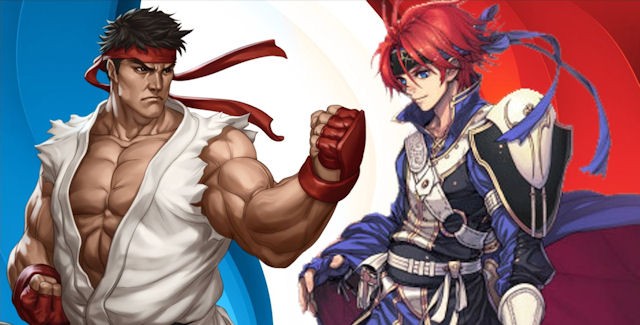 Ryu and Roy data was found in a recent Super Smash Bros. for Nintendo 3DS Update 1.06. Shinyquagsire23 decrypted the update to discover new sound files for the already announced Mewtwo and Lucas characters, alongside Ryu and Roy. Have a listen to them below…

Ryu gets the original Street Fighter II “Ryu Theme” for a new stage:

Capcom already managed to get Mega Man into the game, so it wouldn’t be a stretch to see one of the most recognizable fighting game characters — Ryu with his famous Hadouken fireball attack — make a guest appearance in Super Smash Bros. as well!

As for Roy, every fan of past Super Smash Bros. games has their favorites, but one of the most requested characters to return in the Wii U/3DS game seems to be Roy. So despite having similar moves to some other Fire Emblem characters like Lucina, he’s no doubt a top 10 contender to be included next.

For more rumor discussion, have a listen to this 16 minute GameXplain chat. They take a look at the rumor and talk about how they’d fit, if Ryu would be the best choice as a Street Fighter representative, and if Roy is just too much of a clone at this point or not.

Would you like to play as Ryu and/or Roy in SSB4?