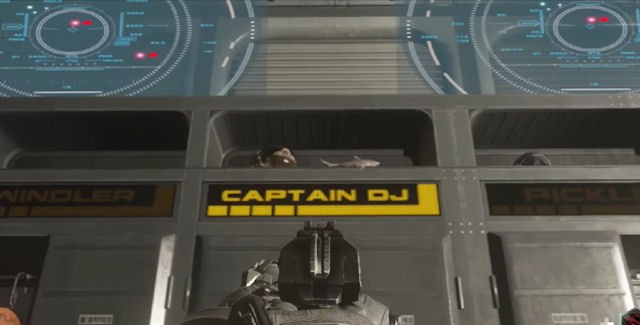 How To Unlock The Carrier Map Song

On the Carrier exo zombies map, hold the X button on your Xbox controller (Square button on a PlayStation controller) on these 3 Trigger Spots to activate the Music Easter Egg!

• [0:00] — Song Trigger Spot #1: The Toy Shark #1 location is on the Gun Deck. Look on the floor next to a zombie spawn door. When you’re standing there looking out through an opening (door?) to the Hanger area, on the right-side of said opening you’ll find a very dark corner on the floor where the toy shark is hiding.

• [0:20] — Song Trigger Spot #3: The Toy Shark #3 location is in the Cargo area when you enter the Lift section that leads to the shark cages room. Follow the green-lit wire running on the floor up the cages, to find it on top of the shark cages on the most-right corner, on a steel ledge.

This video guide shows all 3 song trigger spots. Upon completion this will play a new song in-game.

Do you know of any Call of Duty: Advanced Warfare Supremacy cheats or unlockables?
Let us know in the comments, you’ll get credit for finding out. – Thanks for visiting!