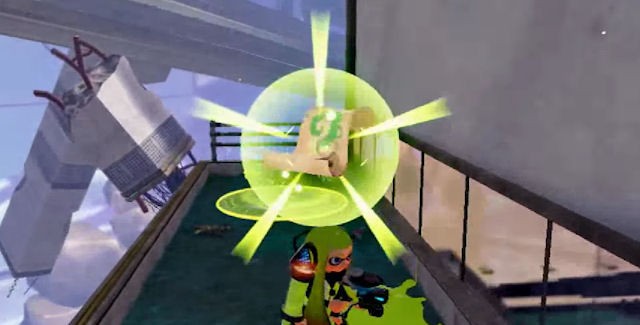 Finding all 27 Sunken Scroll locations and picking them up will help unlock the following:
* Collecting the Sunken Scrolls from the bosses gives access to new weapon sets.
* Bonus: While the rest of the Sunken Scrolls don’t seem to unlock anything, they do all contain story background that expand the Splatoon universe.

The overview for all these in-game Sunken Scrolls locations is shown below.

How to find missing Sunken Scrolls?: In-game the Sunken Scrolls will appear simply as a floating piece of white paper with a green octo-arm-like questionmark on it (with a green or yellow glow around it and if it’s not hiding in a questionmark box then there will be a ray of green light shooting into the sky as well. You can pick up to collect when you stand next to it.

Note: Upon completion of the stage, the stage select screen will then indicate in the top-left it’s been found with an icon of the Sunken Scroll made visible.

Tip: Make sure to read all the Sunken Scrolls to add more storyline backdrop to the game.

The Sunken Scrolls are listed in the video in the order that they appear.

There you go! All Sunken Scrolls in Splatoon are yours! 🙂

Huge thanks to GameXplain for the guide videos and tips.

Please comment if you have any additional Splatoon Sunken Scrolls location tips of your own, we’ll give you credit for it. – Thanks for visiting!