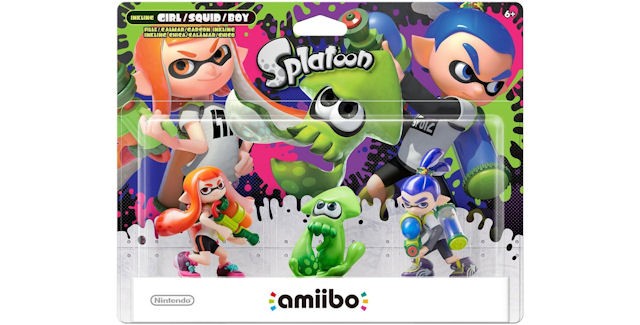 Here we will show you how to unlock all Splatoon codes with a cheats list that’s valid for the Wii U title.

Splatoon has a secret cheat code that allows you to use motion controls in Battle Dojo when playing with the Wii U Pro Controller or Wii Classic Controller on the TV!

On the Battle Dojo’s “Connect a controller” controller select screen enter this code combo:
Press and hold down on the +Control Pad, press and hold B, and then press ZR and ZL.

Watch this video to see how to activate the cheat code in-game: 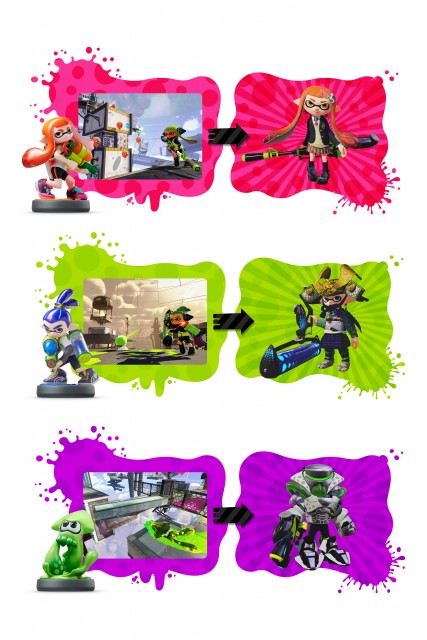 Splatoon supports 3 amiibo especially made for the game. Every amiibo unlocks a set of 20 single player Challenge Missions (these consist of different types of game modes*). These Challenge Missions in turn unlock the extra equipment shown in the image to the left, as well as a bonus 8-bit Arcade Mini-Game upon completion of all of the amiibo’s Challenge Missions.
(The 8-bit Arcade games can only be played on the Wii U GamePad while you’re waiting in lobbies.)

* The different types of Challenge modes are:

This video shows how scanning amiibo works in Splatoon:

For example (like the image above shows) scanning the Inkling Boy unlocks the Samurai Helmet, Jacket, Shoes & Weapon. You get each piece after completing a set of four missions.

Note: Before you can unlock & play the amiibo Missions, you must first have completed all the main game’s single player Missions.

The 8-Bit Arcade Mini-Games you can unlock are:

Tip: These Arcade Mini-Games can be accessed for play at any time from the Hub World, or when waiting to be connected in an Online Lobby.

For example, here’s the Inkling Boy amiibo’s “Challenge 12: Flooder Junkyard” with the roller:

Take a look at a couple of hidden 8-bit Super Mario & The Legend of Zelda secrets in Splatoon, namely a Blooper and Octorok easter egg!

There are no Splatoon cheats on Wii U yet. So until they are discovered, we made the handy Splatoon guides listed above to help you with tips and tricks for the game!

Do you know of any Splatoon cheats or unlockables?
Let us know in the comments, you’ll get credit for finding out. – Thanks for visiting!