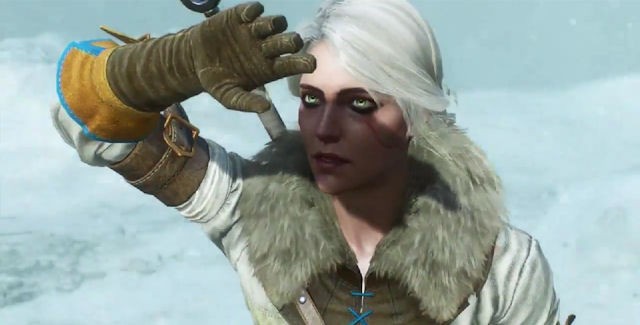 Don’t worry too much if you have not finished the game yet. CNN research from Activision & Raptr showed that on average a huge 90% of gamers do not finish their games!! Not to mention that The Witcher 3 can take anywhere from 25 to 200 hours to complete. Of course, we are here to help you get the best possible endings in The Witcher 3!

Index of The Witcher 3 Guides:

Here are all possible ending scenes to The Witcher 3 after playing through the action-RPG’s single-player story campaign, made up of the Main Quests leading up facing the Wild Hunt to save Ciri and the world.

Here are the different endings listed in order:

• [00:00] — Ending #1: “Best Ending” Ciri lives. Geralt and Ciri hunt monsters together until they eventually go their own way alone.*
How To Get This Ending: If Nilfgaard Nilfgaard loses the war it means Ciri has no right to ascend the throne.

• [15:05] — Ending #2: “Good Ending” Ciri lives. Ciri leaves Geralt behind to become empress. – Geralt stays alone.*
How To Get This Ending: If Nilfgaard wins the war it means Ciri will become the new princess / queen / empress.

• [38:09] — Ending #3: “Bad Ending” Ciri dies.
How To Get This Ending: Ciri doesn’t survive if you:
A) Take the coin from Emhyr;
B) Put the Lara Dorren necklace on Ciri;
C) Do not play a snow-fight with Ciri; and
D) Go with Ciri to the Lodge of Sorceresses.

If you want to watch all three endings, play this next video:

Your tour-guide AFGuides explains how to get all endings by making 5 key choices:

*There are multiple endings (36 variations) that depend on your romance choice between a relationship with Triss or Yennefer or neither/both during the course of the game. As well as what the outcomes were during numerous quests: Namely the Blood on the Battlefield, Battle Preparations, Final Preparations main quests and side quests involving choosing sides in the Nilfgaardian war. (Work-In-Progress: Watch the second video/the video above about these 5 key choices to learn more!)

Ending Discussion Note: If you’re going to talk about the game’s ending in the comments section, please put a big fat “SPOILER ALERT” warning text as the first two words before typing your comment. Since comments are highlighted site-wide, and obviously some players haven’t finished the game yet and would like to be surprised. Thank you. 🙂

What do you think of The Witcher 3 endings?