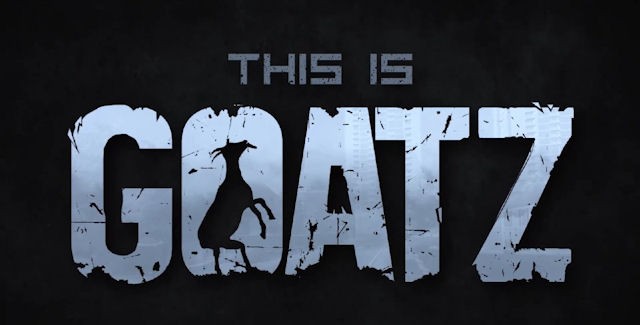 Our Goat Simulator: GoatZ walkthrough will guide you through the beginning to ending moments of gameplay with strategy tips for this comedy sim game (DLC) on the PC, Mac, Linux, iOS & Android.

You no longer have to fantasize about being a zombie goat in the middle of a zombie apocalypse, your dreams have finally come true! 😀

That’s right. GoatZ is the latest addition to Goat Simulator and it will be the only survival game on Steam that isn’t in Early Access! 😉

GoatZ was released on May 7th on Steam as a DLC for Windows, Mac and Linux and will cost $4.99. It’ll also be released the same day as a separate app on iOS and Android for the same price.

The GoatZ DLC was developed by Gone North Games and published by Coffee Stain Studios.

Goat Z – Before & After Outbreak Maps

Doug will be your voice-over commentator showing you around the game’s areas, covering all the objectives!

Tip: Drag two objects with a wrench symbol hovering over them to a crafting board on the floor with the same wrench symbol to make new weapons. The item combinations to make weapons are displayed on the wall behind the crafting area.

Thanks to Coffee Stain Studios & Doug for the walkthrough videos.