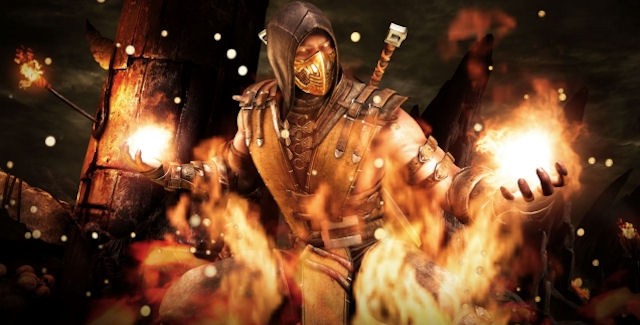 The Mortal Kombat X achievements guide lists every achievement for this Xbox One, PC & Xbox 360 fighting game and tells you how to get and unlock them.

In the Mortal Kombat X achievement guide we’ll show there are 60 Achievements (0 Secret Achievements) with a total of 1,000 Gamerscore points to earn in the Xbox One, PC and Xbox 360 versions.

2. Tower Warrior (25G) — Complete a Tower with every character

Tip: Before you start playing as the faction of your choice, switch through all the available factions and this achievement will unlock. Easy does it!

22. Giving Respect (5G) — Give Respect points in a King of the hill match

24. Terrifying Encounter (50G) — Confront a beast within the Krypt

Occasionally while exploring the Krypt you will be attacked by animals. This will trigger a small QTE event where you need to press an on-screen button to fend off the attacker.

The tutorial is available from the beginning on. It can be accessed from the main menu, but is completely optional (you don’t have to play it to progress in the game). It consists of four parts: Basics, Kombos, Special Moves, Advanced. Completing all parts will earn you the achievement.

Tip: Do a 10 hit combo with all 24 characters in the game (excluding DLC characters like Goro). It’s recommended you do this in “Practice Mode”. To make things easier you should always use X-Ray attacks (can be used infinitely in “Practice Mode”). They do 5-15 hits. With some characters you will only need to activate the X-Ray and it will count as 10+ hits.

Tip: By default each character’s first Fatality is available for each of the game’s 24 main characters. You need to do a Fatality with each character during a real match, not in “Practice Mode”.

You do not need to perform a Fatality with any of the (paid DLC) downloadable characters like Goro.

Tip: Each of the game’s 24 main characters has an X-Ray attack. X-Ray attacks are activated by pressing LT+RT on your Xbox controller. You can do an X-Ray attack with each character during a real match, but it’s recommended you do it in “Practice Mode” because there you always have a full super meter.

You do not need to perform an X-Ray attack with any of the (paid DLC) downloadable characters like Goro.

Level interactions can be used with RB on your Xbox controller. You can easily do this in practice mode.

Requirements: This must be done with Kotal Kahn, but it doesn’t matter which variation you choose.

Controls: He has a special attack called “Blood Offering”. It takes away 10% of your health, but increases your damage output for a short period of time. You must use this move to kill yourself when your health is below 10%, by pressing right, down, left, B on your Xbox controller.

Load up a match and set it to very easy difficulty. Let the enemy attack you until your health is really low and then kill yourself with the Blood Offering. This special attack has a long cooldown so don’t use it too early. And finally, win the match to unlock the achievement.

At the end of a match when you can use your fatality you must duck 30 times very quickly instead of performing the fatality. You only have a few seconds to do this because the match will end automatically after a short time.

Protip: Grab a sock from your closet and put it on your dominant hand to protect it from rubbing damage (and resulting blisters). Now during the fatality time period rub the sock quickly from left to right over the D-Pad down arrow to make your in-game character duck rapidly within the few seconds you have. – It may take some practice, but it should allow you to move over the controller fast enough without causing your fingers any harm.

54. Disco (10G) — Create a sun ray with Kotal Kahn and perform a flip stance 5 times while in the ray

Requirements: You must play as Kotal Kahn, but it doesn’t matter which variation you choose. – This can most easily be done in “Practice Mode”.

Tips: There are 13 death animations in the “Test Your Might” tower. When you fail a challenge you will get killed. It’s completely random which death sequence you will get. You can get all of them in the very first challenge.

Controls: Just hit RT on your Xbox controller when the challenge starts and it will fail immediately.

Retry the challenge over and over again until the achievement unlocks. It takes roughly 20 minutes to see every death once (depending on how lucky you get).

Special thanks to Warner Bros Games & Powerpyx for the list, tips & guide videos.

Please comment if you have any Mortal Kombat X achievement unlock tips of your own. Kudos will be given. – Thanks for visiting!